Suspect in custody after standoff at Boise apartment complex

The man surrendered to police just after noon, officials say. 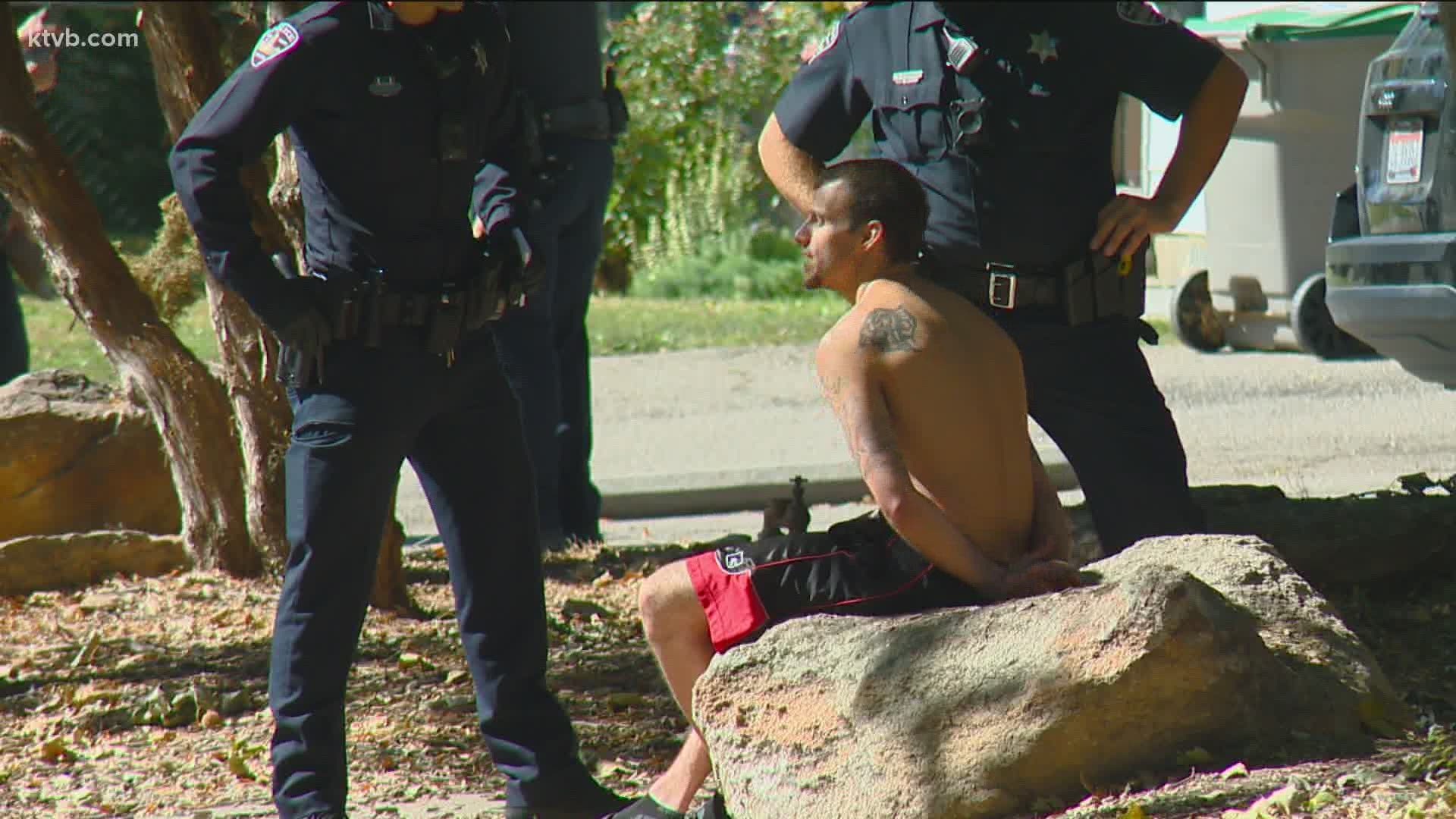 BOISE, Idaho — One man is in custody after an hours-long standoff in a Boise neighborhood Monday.

According to Ada County Dispatch, the standoff happened at an apartment complex at 32nd and Gooding streets, just off of State Street and Whitewater Park Boulevard.

Ada County Dispatch says that officers were first called out to the complex at about 8 a.m. for a domestic situation. The condition of the victim has not been released.

RELATED: Boise Police use gas to force wanted man out of apartment

Boise Police identified the suspect as 29-year-old Craig Quilici of Boise.The other residents of the fourplex building in which the suspect was holed up were evacuated after police arrived.

Crisis negotiators were brought in about an hour into the standoff to negotiate with Quilici. Police say he refused to come out or speak with officers.

According to investigators, the suspect was able to get up into his attic and crawl into each of the three adjoining apartments in the building, but eventually returned to his own unit.

He ultimately surrendered to police and was taken into custody just after noon.

Quilici was arrested and charged with felony domestic battery and felony attempted strangulation. He has been booked into the Ada County Jail.