The search for the attacker continues, and the man has not been identified. 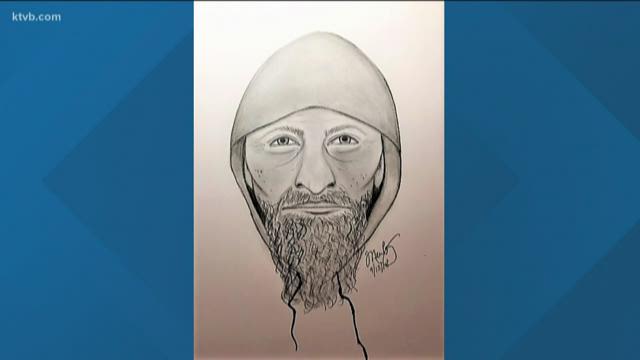 BOISE -- Boise Police have released a sketch of the man suspected in an attack on a woman and her dog on the Boise River Greenbelt Tuesday.

The search for the attacker continues, and the man has not been identified.

Police say the Boise woman was walking her German shepherd on the north side of the river near 13th and Shoreline when the incident happened at about 4:45 p.m. Tuesday.

The woman told police she let her dog off leash, and it ran down a short path toward the water. The woman said that when her pet did not come back, she followed it down the path to find a man holding the dog.

Police say the suspect attacked the woman, hitting her in the head and dragging her on the ground. The woman was able to fight off her attacker, grab her dog and run home, where she called police.

Police described the suspect as a white or Hispanic man in his 40's or 50's, standing about 5'6" and 150-160 pounds. According to the victim, the man was dirty but wore a new-looking gray zip-up hoodie.

The suspect had a white-and-dark-gray beard that was about 4-6 inches long, a wrinkled face and dirty wrinkled hands police say. One of his front teeth overlapped the other one.

Anyone who recognizes the suspect or has any information about the attack is urged to call police at 208-377-6790 or Crime Stoppers at 208-343-COPS.