A defense attorney for Scott McMikle argued in court that the woman's account of the rapes is a case of "mistaken memory." 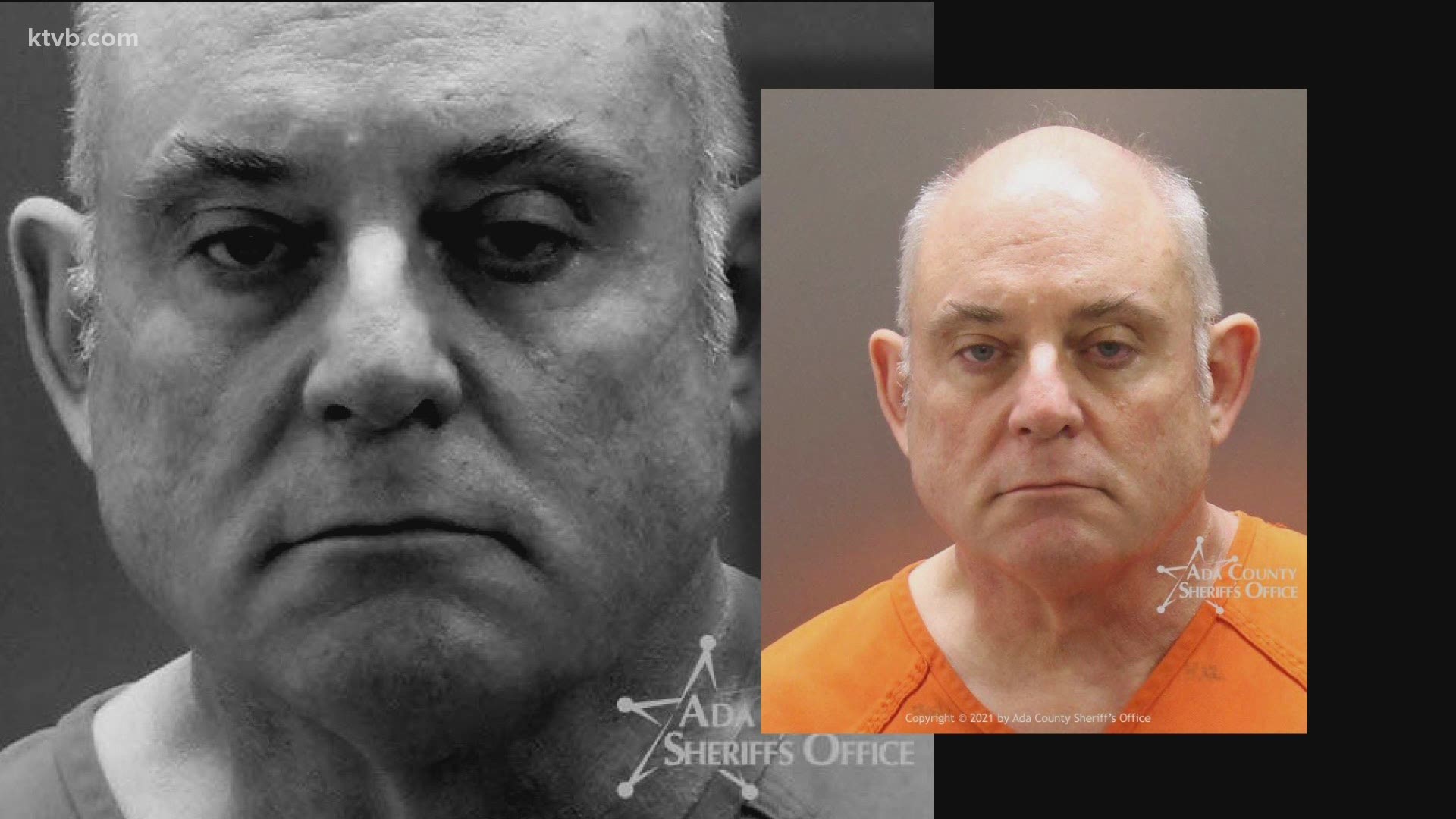 BOISE, Idaho — A retired corporal with the Boise Police Department is facing felony charges after prosecutors say he repeatedly sexually assaulted a woman sick with cancer more than a decade ago.

Scott Wayne McMikle, 58, faces nine counts of rape. He turned himself in at the Ada County Jail Wednesday night.

In court Thursday afternoon, Prosecutor Brittany Ford said Meridian Police began investigating in December after McMikle himself called dispatchers to report that the woman had told him that their sexual contact in 2008 was not consensual. He later admitted to officers in an interview that he knew she did not want to have sex with him in those instances.

The woman and McMikle are known to one another. KTVB does not identify victims of sexual assault.

"Due to her aggressive cancer treatment, she had been bedridden and extremely weak. She was so weak that she could not even move," the prosecutor said.

The victim reported that McMikle had sex with her multiple times, despite her telling him to stop.

"She would yell at him to stop and would cry, but she was too weak to push him off or fight back," Ford said.

The assaults continued until December 2008, when the victim's cancer treatment finished, and she began to regain her strength, the prosecutor said.

"She reported that she didn't tell anybody because the defendant would yell at her constantly saying that because he was a retired police officer, no one would believe her, and that if anything happened to her, she would no longer have his health insurance, which was paying for her life-saving cancer treatment," Ford said. "He also threatened legal trouble for her if she reported."

Ford urged the judge to view McMikle as a danger to the community, despite his lack of criminal history. The defendant, who lives in Louisiana and traveled back to Idaho to surrender after the warrants were issued, currently works as a security guard at a hospital. The prosecutor also noted that investigators found pornography of "amputees or other unwell people" on his phone, raising concerns about his access to vulnerable patients.

Ryan Tatum, the suspect's defense attorney, argued that McMikle disputes that the woman ever told him to stop, and that the alleged rape is a case of "mistaken memory."

"It seems that she was basically convinced by her therapist that she was a victim and that [McMikle] violated her," he said.

Tatum said that the woman does not want the case against McMikle to move forward, and may not cooperate with the prosecutors charging him.

The defense lawyer also pointed to the fact that McMikle had turned himself in after the warrant was issued, as well as his history as a police officer.

"Mr. McMikle was an honorable servant to the community until his retirement after 32 years of service," he said. "During that time, it's believed there was never even a single complaint of anything involving an ethical issue or criminal activity."

Judge Michael Lojek set bond in the case at $250,000, noting that a no-contact order was already in place between McMikle and the victim.

Officials say McMikle retired from Boise Police in 2015, and was working as an officer in 2008 during the time of the alleged rapes, although they are not believed to have occurred while he was on duty.

Haley Williams, a spokeswoman for Boise Police, said the department is launching its own investigation in light of the allegations.

"The charges against Scott McMikle are serious and concerning. When we learned of the investigation and subsequent warrant being issued, we opened an internal inquiry to review any past complaints involving Mr. McMikle to determine if there are any that require further investigation in light of these allegations. McMikle retired from the Boise Police Department in 2015," Williams told KTVB in a statement."The Boise Police Department holds its employees to the highest standards and will investigate all allegations of misconduct. We make every effort to ensure our employees display professionalism and meet the high standards the public has come to expect from members of our department."

McMikle is due back in court Feb. 24. Rape is punishable by up to life in prison.