Bret Welty, 48, is facing felony charges after prosecutors say he sexually assaulted a young member of his congregation earlier this month. 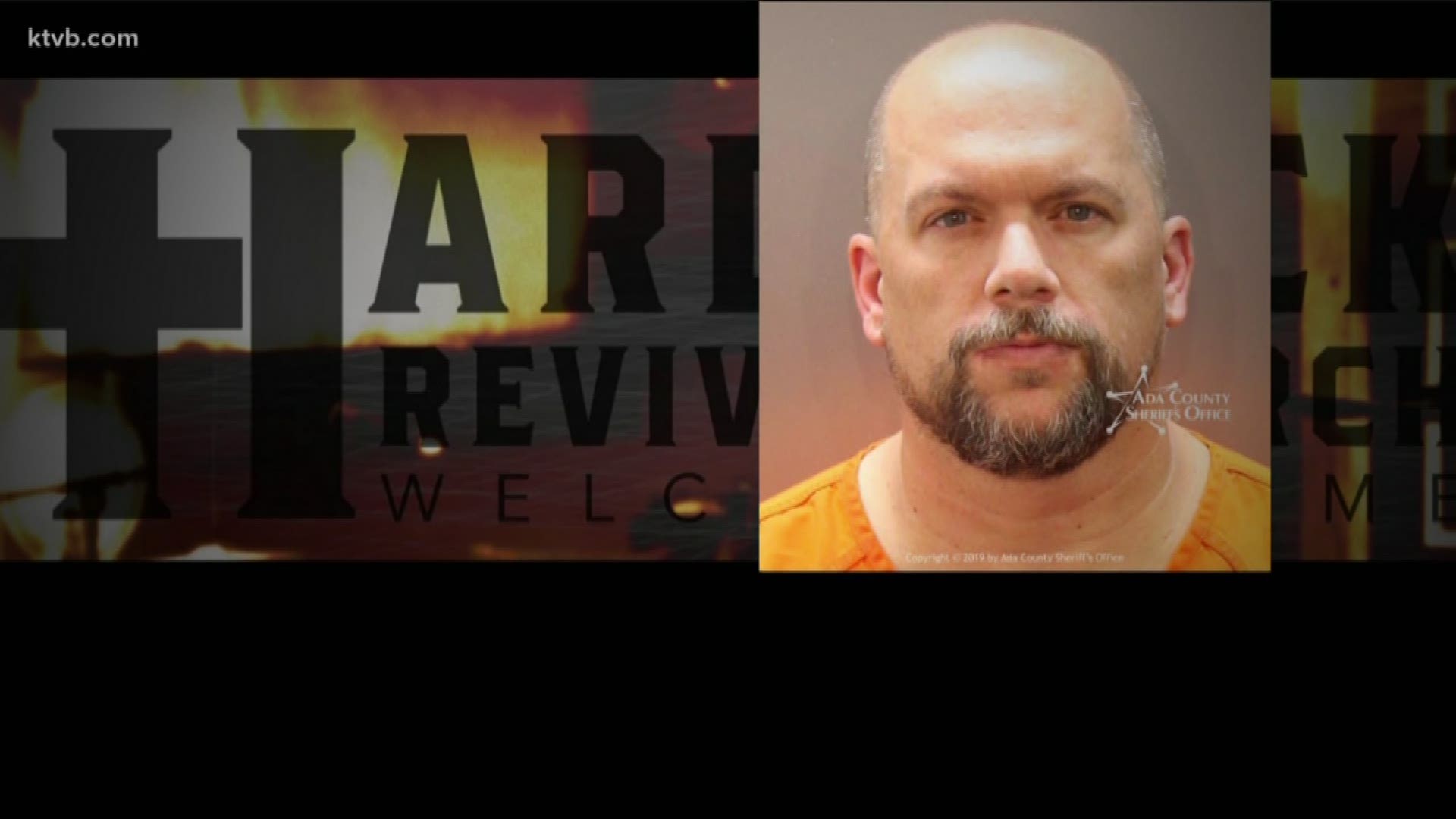 BOISE, Idaho — A Boise pastor is facing felony charges after prosecutors say he sexually assaulted a teenage member of his congregation earlier this month.

Bret Allen Welty, 48, was arrested Friday afternoon on charges of sexual abuse of a minor and lewd conduct with a minor.

Welty is the pastor of Hard Rock Revival Church, which was run out of his home on Colonial Drive in Boise. His defense attorney said that Welty has also been involved with both Calvary Chapel Church and the Common Ground Riders Church.

According to prosecutors, the 15-year-old victim and her family attended Welty's church. The sexual abuse is alleged to have happened Aug. 9, while the girl was staying for a weekend at the home of Welty and his wife.

"That weekend trip was chosen in part to help the victim with some anxiety issues she was having," Prosecutor Matt Fouts said. "The family believed that spending time at the pastor's home would be helpful to her."

The girl reported that Welty came into her room and asked her to undress under the guise of giving her a massage. The pastor then began to touch her sexually, according to prosecutors, including on her breasts and genitals.

The assault lasted between 30 minutes and an hour before it was interrupted by Welty's wife, Fouts said.

After the girl reported what had happened, police set up a "confrontation call" with Welty that officers listened in on. During that conversation, Welty admitted to touching the girl, authorities say.

"He stated he struggled with such behavior before, although not with victims of this age, this young age," Fouts said.

The prosecutor asked Judge Michael Lojek to set Welty's bond at $350,000 and barred him from having any contact with the girl or her father.

Welty's defense attorney, Jeffrey K. Smith, protested that bond would be far too high, calling his client "a pillar of the church, various churches he was ministering at."

Welty has strong ties to the community, virtually no criminal history, and has multiple family members in the area - including his wife, who attended his Monday afternoon arraignment to support him, the lawyer argued. In addition to his ministry work, Smith said, Welty also owned a business setting up audio for churches and events.

Smith also noted that Welty was no longer working in ministry, although the lawyer did not specify when Welty stepped down from that role.

"He's presently employed in real estate - he's not actively involved in a church," he said.

The defense attorney suggested a much lower bond of $25,000, but said Welty would not object to no-contact orders with the 15-year-old and her father.

"I don't think he has any need to talk to the alleged victim's father," Smith said.

But Lojek said the seriousness of the charges - coupled with the fact that Welty held a position of trust over the teen - called for a higher bond.

"The most striking in the court's mind relates to the employment status of the accused in the case, by virtue of the special relationship that existed between him and the alleged victim," the judge said.

Tucker Maile, the pastor at Calvary Chapel Boise, said that Welty had done sound production for his church but "was never a pastor, was never really a part of ministry leadership."

Maile said detectives with Boise Police have not contacted him about Welty.

A message left at the number listed for the Common Ground Church was not immediately returned.

Lojek set bond at $250,000 and told Welty that if he was able to be released from the Ada County Jail, he would be required to "cease ministering" while out on bail. In addition, Welty would be prohibited from contacting the 15-year-old or her father, as well as have anyone live with him other than his wife and the two children who currently reside there.

As of Tuesday, Welty remained jailed. He is due to appear in court Aug. 29 for a preliminary hearing.

Sexual abuse of a minor carries a penalty of up to 25 years in prison, while lewd conduct is punishable by up to life in prison. Both also require registering as a sex offender.

Boise Police say the investigation is ongoing, and detectives believe there is a possibility Welty may have other victims. Anyone with information is asked to contact Crime Stoppers at 208-343-COPS.