BOISE, Idaho — Darla Fletcher had worked her usual shift as a breakfast cook at the Dry Creek Mercantile on Sunday.

The Idaho Press reports the 56-year-old Meridian woman — described by friends, coworkers and family as upbeat and caring — had held the job at the Hidden Springs restaurant for about a year and a half by then, restaurant owner Joan Peterson recalled Thursday.

At about 2 p.m. Sunday, Fletcher had left, telling her coworkers she needed to pick up a white-elephant gift for a staff holiday party later in the afternoon. Fletcher had planned to return for the party, but her boss said the woman didn’t return.

No one thought much of it at the time. They figured she was tired after a full shift and decided not to come to the party, Peterson said.

But Fletcher didn’t arrive for work Monday morning either. Peterson said that’s when she got worried: Fletcher was a dependable employee.

“The next day she was scheduled and didn’t show up and that was a red flag right there because she … was always there and always called if there was an issue,” Peterson said. “And she didn’t call, and we checked with her and called, and she didn’t pick up.”

Prosecutors believe that, sometime after leaving work that afternoon, Fletcher went to the Northwest Boise home of her ex-boyfriend, David Lawrance Randall, whom she had dated for years. The two had broken up about a month prior, prosecutors said in court Wednesday. They believe Fletcher went to the home Sunday afternoon to pick up a few things she still had at Randall’s house.

According to prosecutors, Randall, 56, tortured and killed Fletcher Sunday or Monday. 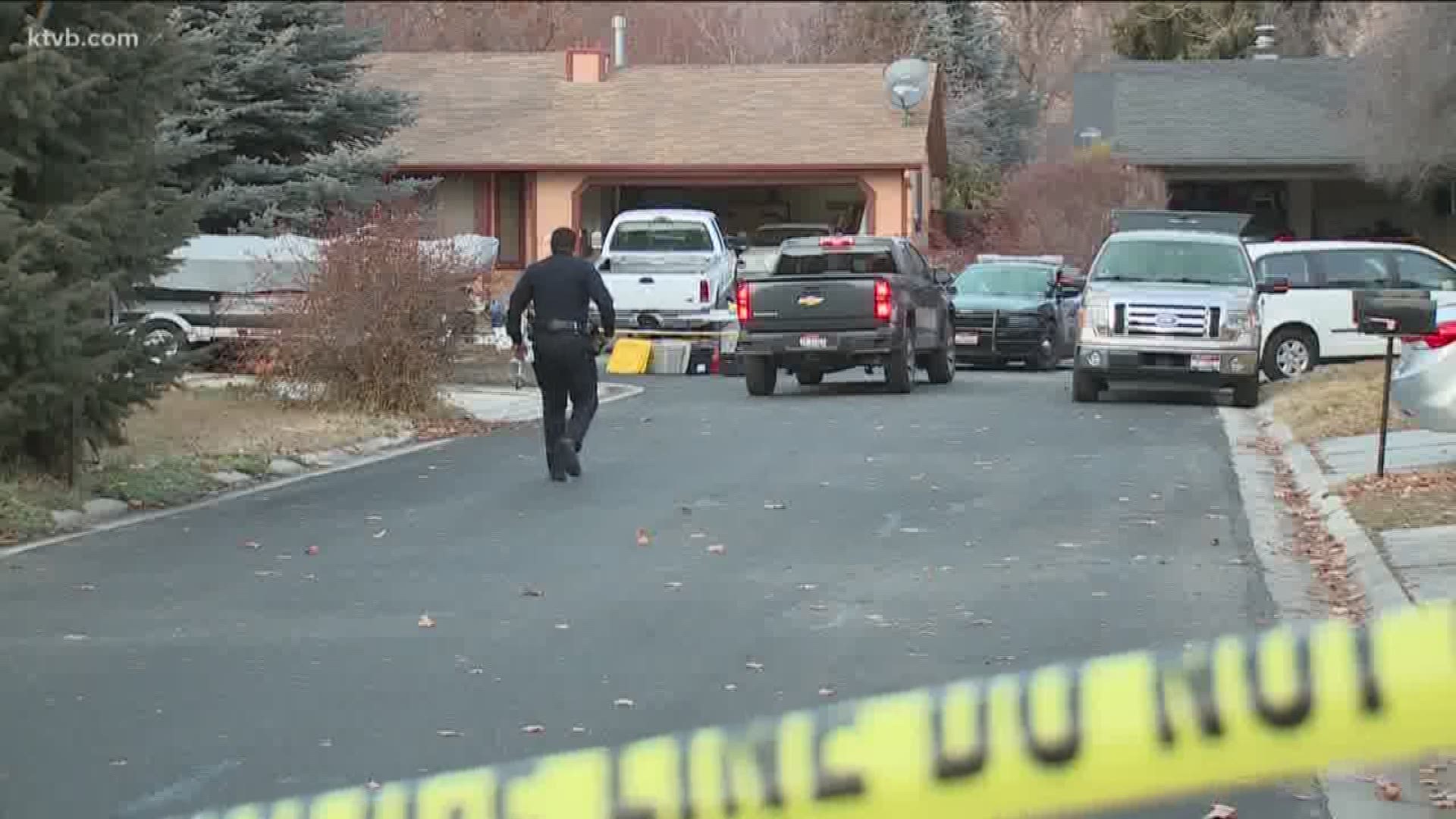 Her absence from work prompted her son, Boise resident Steven Olds-Powell, to go to Randall’s house on Monday looking for her, prosecutors said. They believe Randall told Olds-Powell, 29, his mother was on the couch inside the home.

When Olds-Powell stepped inside, he found his mother’s body on the couch.

Prosecutors believe Randall bludgeoned Fletcher with a “ceramic object” and stabbed her. He’s charged with first-degree murder and is being held in the Ada County Jail without bond.

Fletcher’s friends and family were still reeling from news of her death. On Thursday, Peterson said her staff of about 30 people were still largely in shock.

Fletcher was a kind, caring person, they and her son said Thursday — someone who would put others before herself on a regular basis — sometimes, even, at expense to herself, Olds-Powell said by phone on Thursday.

“When people tell you how their sweet old grandmas were — that’s how she lived her life,” said Tyler Lowther, 30, one of Olds-Powell’s best friends when the two were growing up in Kuna.

Lowther said by phone that Olds-Powell was a grade younger than him in school, but the two still spent a great deal of time together at the house where Fletcher lived with Olds-Powell’s stepfather. Lowther remembered Fletcher best in the bright-colored sundresses she liked to wear, complemented by one of her “Kentucky Derby hats,” he said.

On Thursday, Lowther also remembered the smell of Fletcher’s home cooking. He said she often had “Iron Chef” on TV and was always eager to try out new recipes on her son and his friends.

Olds-Powell remembered the big breakfasts his mom would make for him and his friends after childhood sleepovers.

“Best-smelling house you’ll ever go to, I’ll tell you what,” Lowther said.

While cooking was one way Fletcher showed she cared about people, her son said she also showed her support in other, unwavering ways.

“Every sporting event, school event, recitals or concerts, or every baseball game I ever had — she was always there,” Olds-Powell said. “Always there, in my corner.”

Other people noticed her expansive spirit, too. In the 2010s, Fletcher worked as a caregiver for Havenwood Caregiver Services. One of her supervisors there, Krista Thomason, who has since left the company, said she could always assign Fletcher, without worry, to work with clients who had dementia.

Fletcher seemed to have a special gift for working with them, Thomason said Thursday. She remembered Fletcher as a good employee, willing to pick up extra shifts, and called her the “sweetest, most hardworking woman I have ever met.”

“I haven’t talked to her in a few years, but (her death) has definitely hit me really hard,” Thomason said. “I just found out at two-o-clock this morning … and I was like, ‘You have got to be kidding me.’”

‘MAKE IT ABOUT THAT PERSON’

Thomason said Fletcher had been dating Randall while working at Havenwood Caregiver Services, and had actually cared for his mother. Thomason said she felt Fletcher and Randall “struggled” as a couple even then, and were trying to work things out.

“I very much remember that,” she said.

At Randall’s initial appearance in court Wednesday, John Dinger of the Ada County Prosecutor’s Office said people had concerns about Randall’s behavior toward Fletcher since they’d broken up. Dinger said prosecutors believe Fletcher had been stalking her.

The most dangerous time for a person in an abusive relationship is when they leave it, Chris Davis, spokeswoman for the Women’s and Children’s Alliance, told the Idaho Press on Thursday.

The first two weeks after a person leaves is when most domestic-violence homicides occur, said Davis. But she also said the first three months can continue to be dangerous.

RELATED: Civil standby orders: What are they? And do Treasure Valley law enforcement agencies handle them?

The reason for that, she said, is because when a survivor leaves, an abuser has lost control they were accustomed to having over that person.

“(Abusers) can go to great lengths to … regain that control,” Davis said. “To essentially punish someone.”

Davis said she encourages those leaving abusive relationships to have a safety plan.

One way to develop a plan, she said, is to reach out to the Women’s and Children’s Alliance in Boise, she said. The organization’s staff can help a person develop an individualized plan to keep themselves safe when leaving an abusive relationship — things like having an extra set of keys if necessary, or having money ready or a place to stay when they do leave.

Faces of Hope Victim Center in Boise also has a safety planning program, Davis said. For Canyon County residents, she listed Caldwell’s Advocates Against Family Violence as a good resource for information.

Fletcher’s case isn’t unique in that people had concerns about what her ex-partner might do. It can be difficult to help a friend who might be in an abusive relationship — Davis said people will only leave such a relationship when they are ready.

“It has to be their choice,” she said.

Still, there are ways to tell a friend or family member about the resources available to them, she said.

The key is to keep the conversation calm, and to keep from disparaging the person’s partner.

She suggested offering small, tangible things to a person, such as a ride to a victim center or organization where more information is available. It doesn’t have to be an ironclad commitment to anything — Davis suggested simply offering to go with a person to meet with advocates to find out about possible help can be enough.

Randall is scheduled to appear in court for a preliminary hearing Dec. 30.

On Thursday afternoon, Lowther set up a GoFundMe page for Fletcher’s family.

He said he wouldn’t be surprised if Fletcher’s death rippled through Kuna, saying he and Olds-Powell had friends “every three houses.”

“So everybody knew Darla,” he said. “She’d make Steven knock on doors and give them … cookies.”

Olds-Powell said he simply wants people to know selfless his mother was.

“I had an amazing childhood,” he said.

If you or someone you know is experiencing a domestic violence crisis, the Women's and Children's Alliance has an emergency hotline, staffed 24 hours a day. It can be reached by calling 208-343-7025. The organization's office number is 208-343-3688.