Lee Robert Miller was sentenced to 42 years to life in prison for brutally murdering two women in the 1990s. 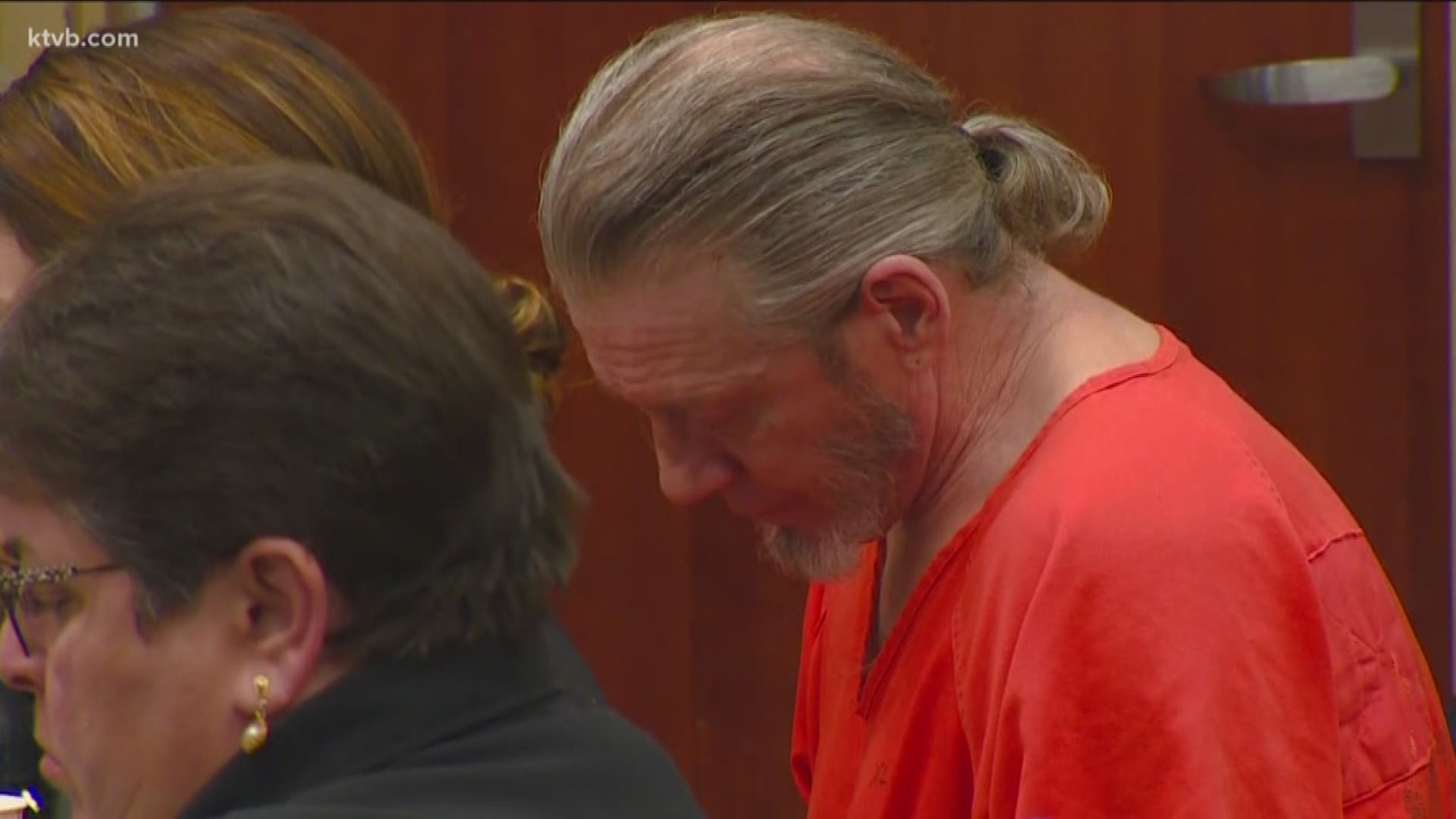 BOISE, Idaho — A long and tortuous road for two Northwest families who lost two loved ones more than two decades ago came to an end in an Ada County courtroom Wednesday.

Lee Robert Miller, 54, was sentenced to 42 years to life in prison for brutally murdering two women back in the 1990s.

Miller previously pleaded guilty in each case to second-degree murder for the 1994 stabbing death of 49-year-old Cheryle Barrett in Boise and the 1992 strangulation death of 57-year-old Marilyn Hickey in Bremerton, near Seattle.

Both of those cases went cold until earlier this year.

No family members got up to speak during the sentencing hearing, but the prosecution spoke on their behalf, saying the family members of both Hickey and Barratt have waited a long time for someone to be punished.

During the hearing, the prosecution got up and talked about how she saw with the Barratt case that the pain never goes away after something like this. She said the brutality of Barratt's murder was beyond words and it shook the community back in 1994.

The sentencing of 25 to life for Barrett's murder was agreed on by both the prosecution and defense ahead of time.

The state said that sentence is well deserved.

"She's had to do 25 years of waiting for today she's been waiting for justice for her mother all that time, and now we are here, she wants her waiting to finally and fully be over. She wants him to take his turn waiting for 25 years to pass," said the prosecutor.

Miller was also sentenced to 17 years for the Washington murder through a video call. The sentences will run consecutively.

Miller did make a statement in court. He apologized to both families for the pain he's caused them, but he also said that he didn't expect them to forgive him.