Timeline: What we know about the Boise Towne Square shooting

The investigation into the shooting is ongoing. 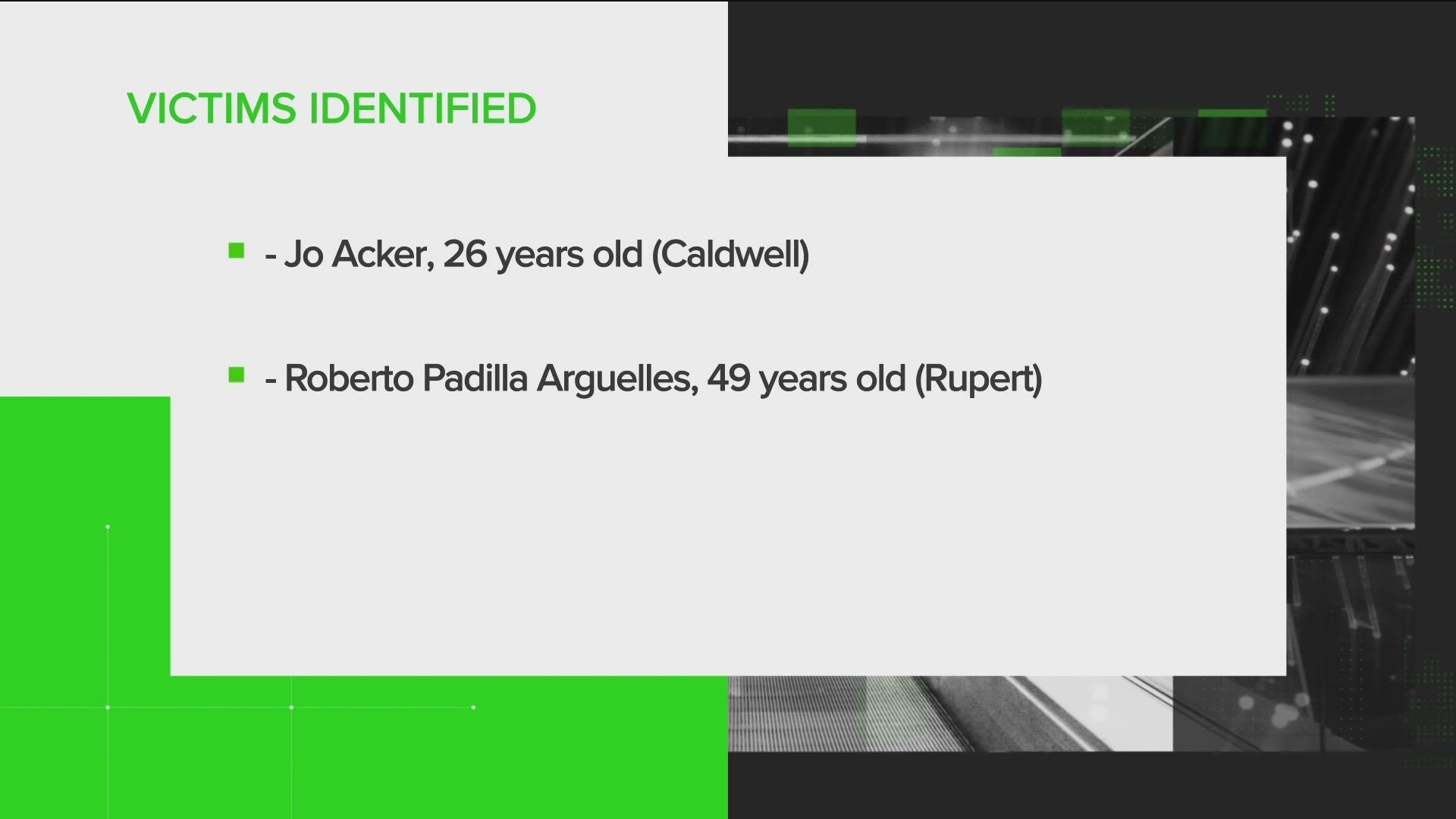 BOISE, Idaho — A shooting between police and an armed suspect at a Boise mall left two people dead and injured five others, including an officer, Monday afternoon.

The shooting shocked and horrified the Boise community, the Treasure Valley and the state of Idaho.

"I cannot stress enough how traumatic this event is for the community at large, as well as for those who are witnesses or the families of those who were involved or were involved themselves," Boise Police Chief Ryan Lee said during a press conference on Monday.

"Never should one have to or does one expect when they're saying goodbye to their loved one who's headed to work, who's headed up to shop, get a call like they did today," Boise Mayor Lauren McLean said in the press conference.

KTVB crews were on the scene all afternoon Monday working to gather information from law enforcement and witnesses who were in the mall at the time of the shooting.

Here is a timeline of events from the Boise Towne Square shooting:

6:37 p.m.- City of Rupert releases statement on death of resident

The city of Rupert issued a statement on the death of Roberto Padilla Arguelles on Facebook on Tuesday night, stating in part:

The City of Rupert would like to offer our heart-felt condolences to the family of Mr. Arguelles in their time of grief.  The City of Rupert offers its support to those investigating the shootings, our thanks to first responders, and our sincere sympathy to all those who were affected by this senseless act of violence.

Boise Police Chief Ryan Lee met with reporters on Tuesday afternoon to give preliminary information from the investigation to the public. During the conference, he revealed the suspect had previous contact with both the Boise Police Dept. and Boise Towne Square security.

"We had had contact with him in the past," Lee said. "We did not have any reason to arrest him. He was a known subject. He was the subject of other police reports."

The suspect in the Boise Towne Square shooting died at a local hospital on Tuesday, about 24 hours after the traumatic event. Two additional people were killed in the shooting and three others received non-life-threatening injuries.

The two victims were identified on Tuesday as 49-year-old Roberto Padilla Arguelles and 26-year-old Jo Acker.

Two of the victims were identified as a 52-year-old woman and a 23-year-old woman, according to BPD. Both women were reportedly injured while inside a store and are recovering from non-life-threatening injuries.

A 68-year-old woman was also shot and injured while she was inside her car. Her injuries are also non-life-threatening, according to police.

Callers indicated a white man, dressed in black, in possession of guns, had fired multiple shots inside of the mall on North Milwaukee Street. The Boise Police Dept. said evidence indicates the man was contacted by a security officer on the first floor of the building near a department store on the west side of the building. The suspect shot the security officer, who died at the scene. The suspect then fired multiple rounds inside the building, striking the glass escalator and a second victim, who died of his injures at the hospital. The suspect then continued through the mall, firing rounds into the floor resulting in injuries to two females. An additional male victim was taken in a private vehicle to a hospital and treated for injuries he suffered during a fall while exiting the mall.

Shortly after arriving at the mall, officers witnessed a man matching the suspect description running from the area. Officers confronted the suspect behind a business on the 500 Block of N. Milwaukee.

Boise Police say the suspect was facing west toward Milwaukee. There was an exchange of gunfire between the suspect and at least one responding officer. A 68-year-old woman who was injured in her vehicle was on Milwaukee.

Boise Police announced on Twitter officers were responding to reports of shots fired at the mall. They asked everyone to avoid the area and said more information would be released as it became available.

Officers are responding to a report of shots fired at the mall on N. Milwaukee. People are asked to avoid the area. More information will be available here as it is confirmed.

Boise Police said via Twitter officers were on scene and working to secure the area. They confirmed reports of multiple injuries and said one suspect was in police custody.

Officers are continuing to secure the scene, there are multiple reports of injuries. One person is in custody.

BPD said officers on the scene were working to clear each business in the mall and said it would take time for them to do so. They also said they believed there were no additional threats to the public.

Officers continuing to work their way though the mall to clear each business. It is expected to take a little while. We have no further information indicating additional threats at this time.

The Ada County Highway District (ACHD) announced Milwaukee Street, the street the mall is located on, would be closed until further notice.

BPD said six people, including a Boise police officer, were injured in the shooting. The extent of their injuries was not released.

Five people and a Boise Police officer were injured in this event. Police are making notifications to family of those involved and continuing to clear the mall.

In a statement, Ada County Coroner Dotti Owens said she can confirm that the coroner's office is responding. She added that she does not anticipate releasing any further information until Tuesday, Oct. 26.

According to Boise Police Chief Ryan Lee, who spoke in a press conference on Monday afternoon, two people died in the incident. When police received calls of shots fired at the mall, one person was reportedly killed.

When police arrived at the scene, according to Lee, officers found a person matching the suspect's description and quickly got into a shootout with the person, resulting in an officer getting injured.

The suspect was not identified by police during Monday's press conference. Lee also said the motive of the shooting is not known at this time.

Watch the full conference below:

Witnesses told KTVB they heard as many as a dozen gunshots inside the mall. Some recalled all shoppers falling to the floor and running towards the exits as the shots rang out.

"I was getting ready to check out and we hear four or five shots," said Cheryl Frey, who was shopping at the mall at the time of the shooting. "We hit the ground immediately. And then the cashier, she hit the ground with us, and then she started crawling away. And then we heard another four or five shots and [the cashier] said 'Come with me,' and she hid us in one of their closets that had a code on it."

Many witnesses commended the mall employees, saying they took control and ensured everyone was safe.

Brookefield Properties, the owner of Boise Towne Square, issued a statement on the shooting:

We are heart broken and are working closely with the Boise Police Department as they investigate the circumstances that led to this terrible tragedy.  We are grateful for their quick response and continued partnership. This is devastating for our entire community, and our thoughts are with the victims' family and friends during this unimaginable time.

In observance and respect for our community our shopping center will be closed tomorrow.  This is a developing investigation and we are directing all inquiries to the Boise Police Department.

7:18 p.m.: BPD says five people were transported to hospital with injuries, including the suspect and a responding officer

Boise Police sent out a press release with preliminary information from their investigation into the shooting.

BPD said two people were killed and five people were transported with injuries, including the suspect and a police officer. The officer was treated and released and the suspect is in critical condition.

Police will not release any information about the other victims.

ACHD says Milwaukee Road is open after closing down during Monday's shooting at Boise Towne Square. Drivers who left their cars in the mall parking lot can now return to get them, according to Boise Police.

Editor's Note: This is a developing story and this article will be updated as further information is made available. Check back for updates. 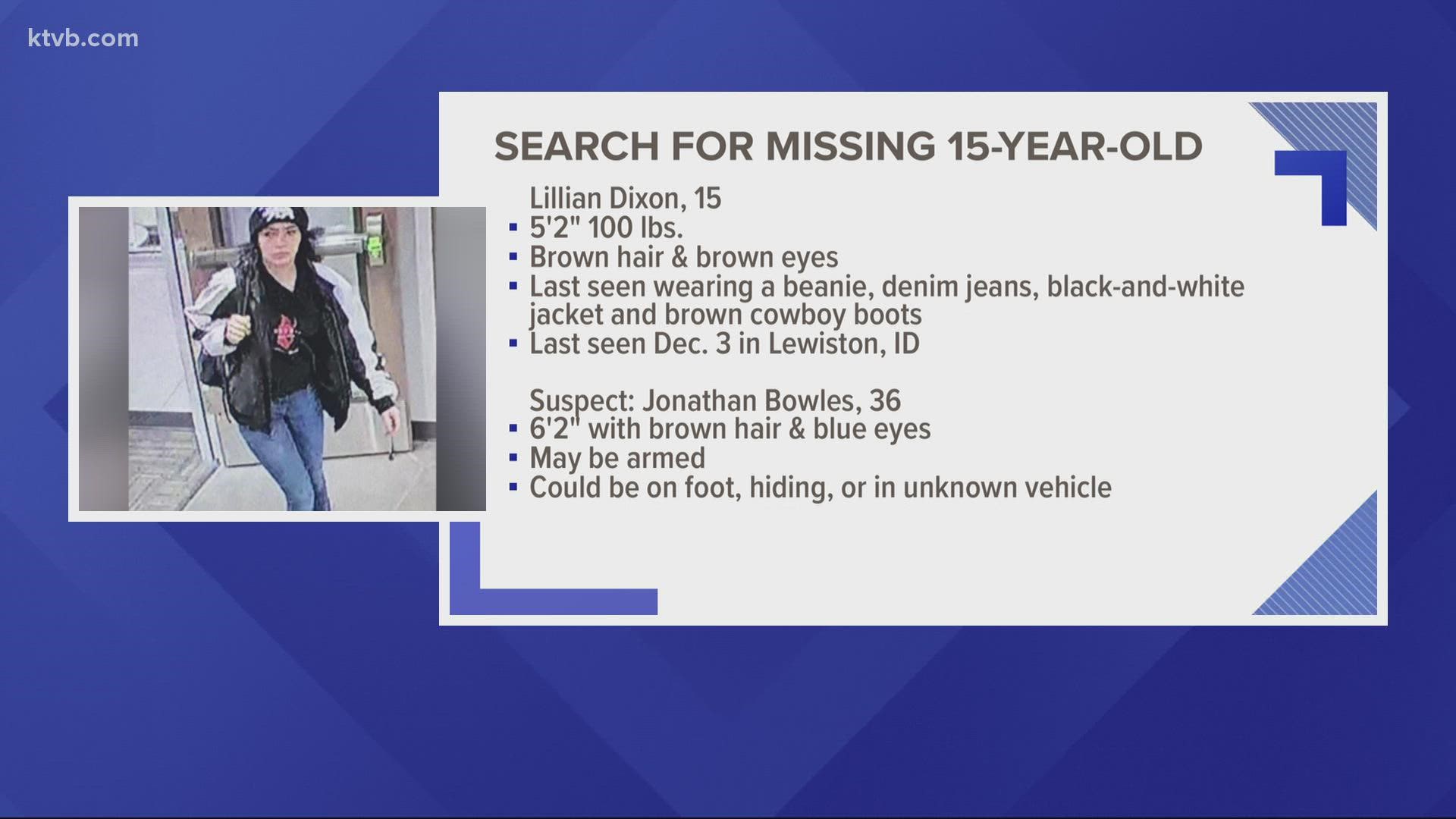