Mary Alyce Scarbrough later told detectives she had gone into "survivor mode" and believed she could take whatever she wanted, prosecutors say. 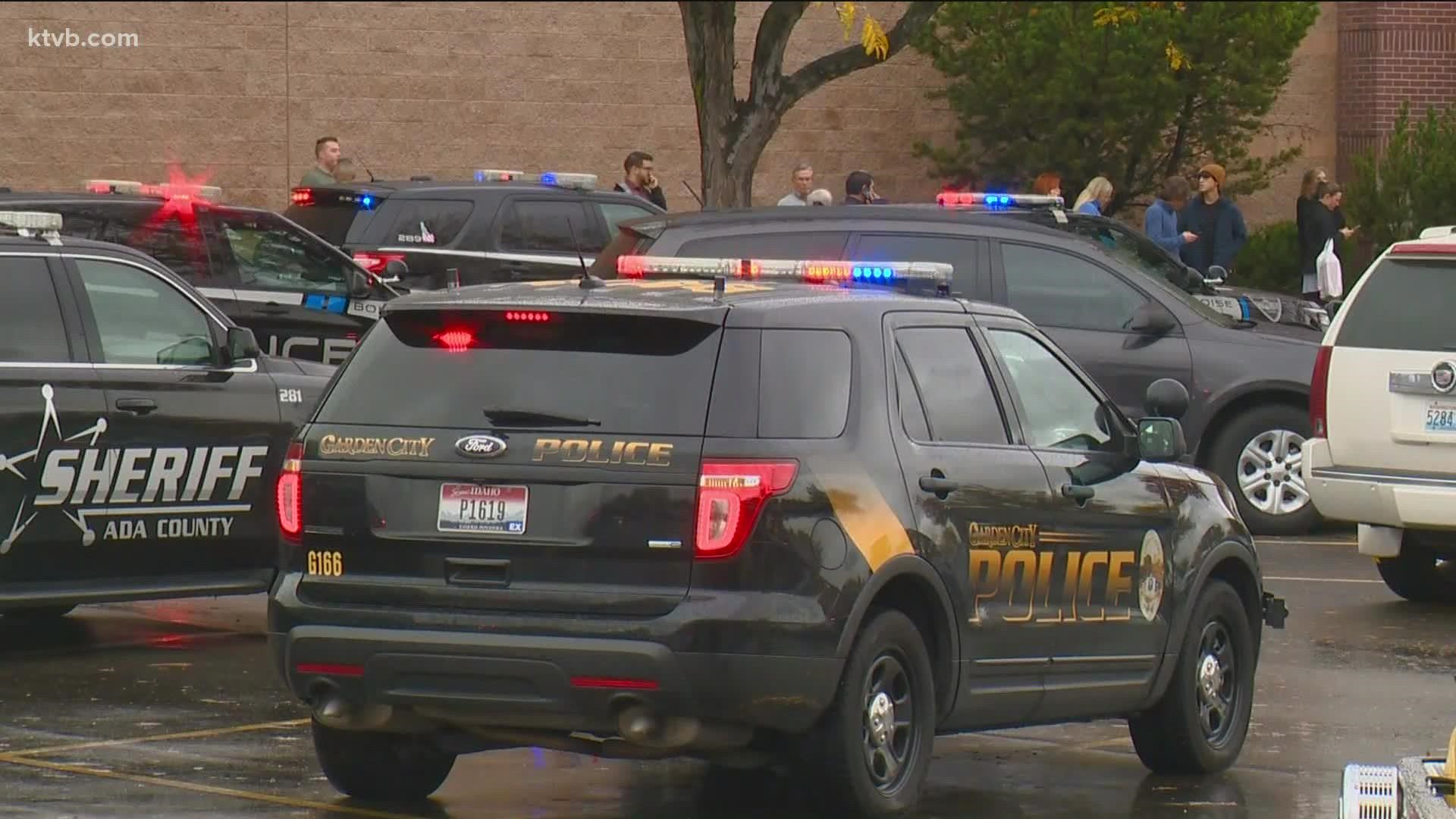 BOISE, Idaho — A Boise woman accused of stripping jewelry, clothing, and other possessions from the body of a security guard shot to death in a rampage at the Boise Towne Square Mall told detectives that she had gone into "survivor mode" and believed she was entitled to take the items, according to prosecutors.

Mary Alyce Scarbrough, 54, is facing charges of destruction of evidence, malicious injury to property, grand theft, and disturbing the peace.

Mall security officer Jo Acker and shopper Roberto Padilla Arguellas were killed by a man who opened fire inside the mall Oct. 25; five others were injured. The gunman, Jacob Bergquist of Boise, later died after a shootout with police.

Prosecutor Jeff White told a judge on Wednesday that police were still responding to the shooting when witnesses saw Scarbrough standing over Acker's lifeless form.

"Multiple different people told that female to stop messing with the body and stop altering it, and she ignored them and continued stealing items," White said.

According to investigators, the suspect moved Acker's body and took her rings, gun belt, radio, shoelaces, sunglasses, and other items. In an interview with detectives later, Scarbrough admitted to the thefts, but said she had thought the security guard was still alive, White said.

"She said that she was in 'survivor mode,' so she decided it would be a good idea to just take whatever she wanted from [Acker,]" the prosecutor said. "She admitted pulling [her] bootlaces out and removing [her] boots, and then said she considered putting [her] boots back on [her] because [she] might get cold, even though [she] was already dead."

Credit: Courtesy of Robert Acker
Jo Acker poses for a photograph. Acker was shot and killed by a gunman at the Boise Towne Square Mall Oct. 25, 2021.

Scarbrough also told the detectives that she had considered taking Acker's pants as well, but ultimately decided against it.

White said Scarbrough had already been acting bizarrely inside the mall when the shooting broke out. According to prosecutors, Scarbrough - who told police she had used alcohol and methamphetamine - was inside the Play Joy store, kicking holes and ripping sheets of metal from the walls when Bergquist opened fire.

The suspect later said that she had been "renovating" Play Joy when the shooting started, telling police that an unknown person had told her that "walls weren't important."

At some point after stealing the items from Acker's body, White said, Scarbrough made her way to the parking lot, where she kicked over signs at a COVID-19 testing station outside of Pier One, stole traffic cones, banged on a car, and set a fire inside a Port-a-Potty. The woman was arrested for disturbing the peace and transported to the Ada County Jail, where deputies discovered Acker's jewelry and sunglasses among her possessions.

Video footage from inside the mall and witness accounts also connected Scarbrough to the thefts of Acker's things.

Acker, a 26-year-old Army veteran and taekwondo black belt who identified as a transgender woman, was described by her family and partner as kind, quick-witted, and relentlessly driven to help others. A GoFundMe account has been set up to raise money for her funeral and the care of her young daughter.

At an initial arraignment, prosecutors asked Judge David Manweiler to set bond at half a million dollars. A public defender assigned to Scarbrough pushed for a lower amount, noting that the defendant had no violent criminal history and is currently on supervised probation.

"The court is very concerned about the alleged conduct in this case," he said.

A preliminary hearing is set for Nov. 9. 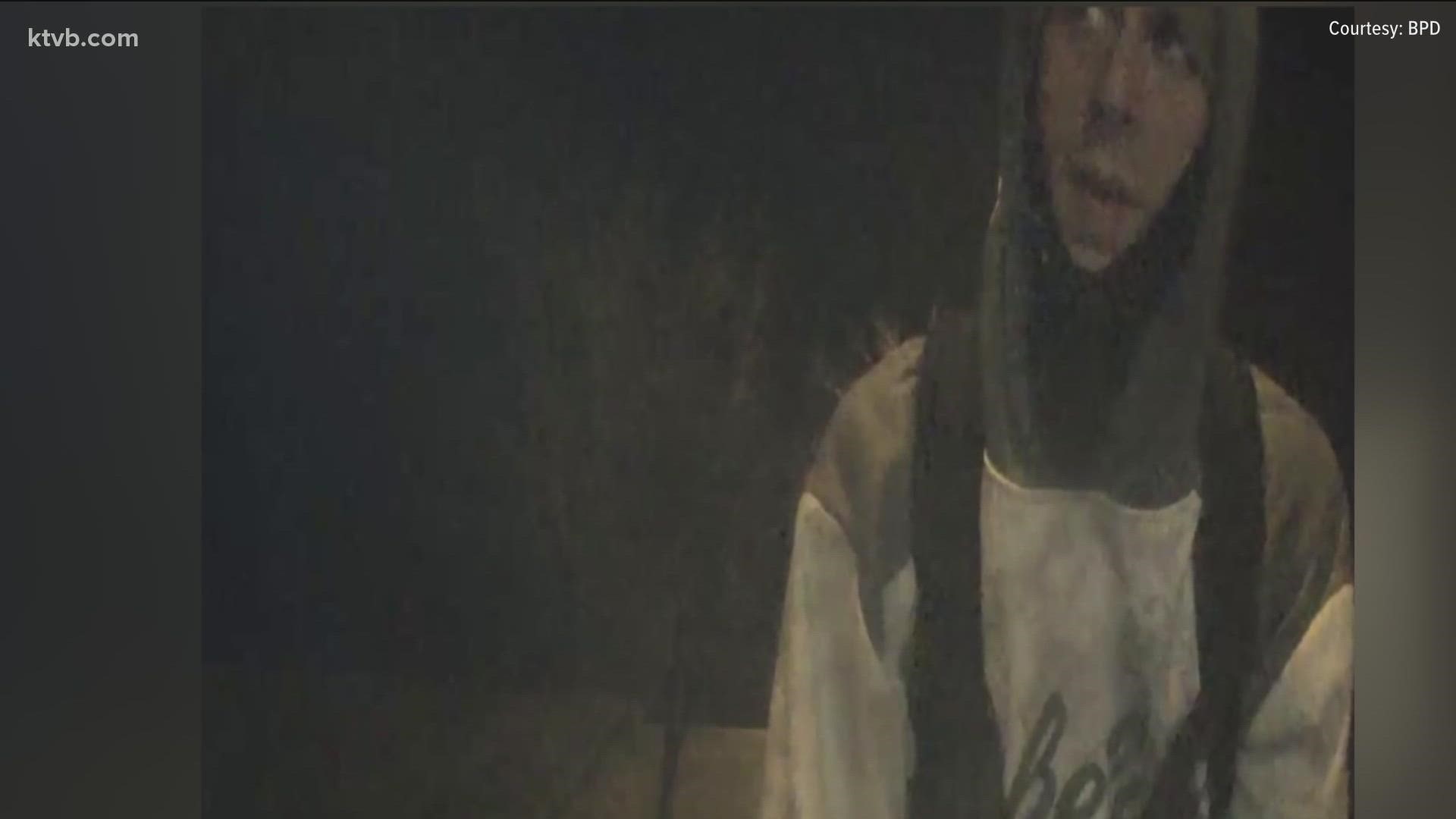