Out of the calls Boise police received from businesses needing help enforcing COVID-19 guidelines, only four arrests or citations were issued. 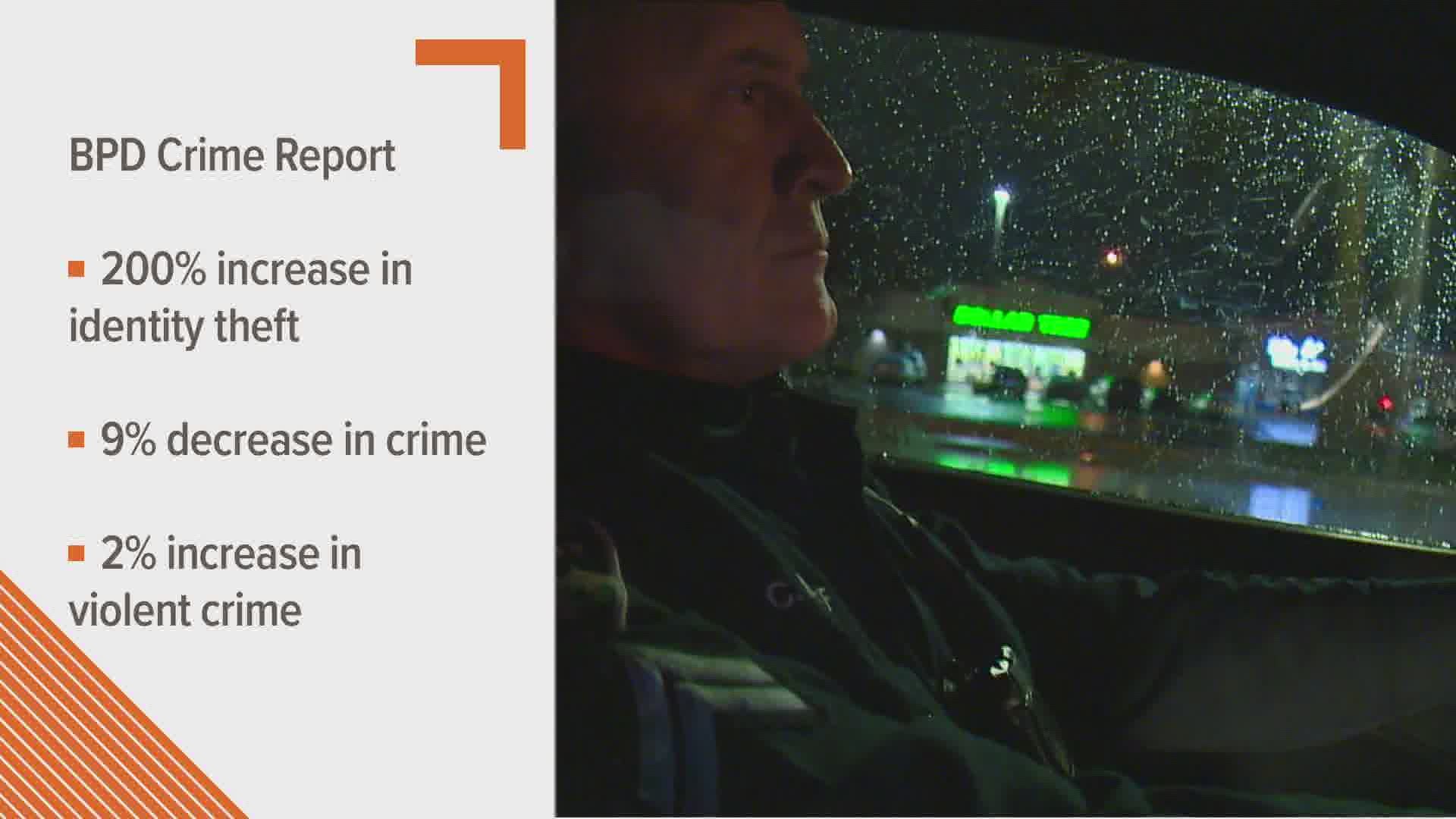 BOISE, Idaho — Much like everyone else, the Boise Police Department faced new and unfamiliar situations in 2020. Between introducing a new chief of police, handling racial inequality protests, working under new COVID-19 safety guidelines and enforcing those measures, Boise PD had its hands full last year.

Police say the pandemic contributed to a drop in the overall crime rate in the city over the year.

According to Boise police's crime report for 2020, the department rarely had to arrest or cite people for violating the COVID-19 health orders at private businesses.

Police responded to 164 businesses in Boise requesting assistance with a customer who refused to adhere to public health guidelines. Boise police only arrested or issued 4 citations for people trespassing.

Boise police also responded to 117 businesses that received complaints of not following the city's public health measures but did not suspend a single business license.

The report states that police in the City of Trees dealt with 9% less overall crime compared to 2019, however, violent crime increased by 2% and identity theft increased by 200% over 2019.

Across the city, there were 165,700 incidents that Boise police responded to. According to the city's interactive neighborhood map, which can be found here, downtown Boise had the most calls with 24,490. The neighborhoods between Maple Grove Road and Cole Road, and Ustick Road and the Connector had the second most calls with 9,777.

Credit: Boise Police Department
In this neighborhood map of Boise, red indicates there were more calls for service than the blue shaded area. The darker the red, the more incidents there were. This map is set for Jan. 1, 2020 to Dec. 31, 2020.

During the protests at City Hall over the summer, Boise police officers spent 1,801 hours working on protests.

The department's crime report also outlines its budget and where funds are being allocated to. In the fiscal year 2020, Boise PD had an operating budget of more than $63 million and only spent about $57.4 million of it.

Boise PD spent just under $50 million on personnel costs alone in 2020, which takes up 86.77% of the department's total amount spent. The department also spent about $6.5 million on maintenance and operations, about 11.41% of the amount that the department used, and $968,283.44 on major equipment and $73,076.95 on miscellaneous expenditures.

The department also spent $6,242 on grants. The original budget did not allocate and funds for grants or programs.

The police department's budget accounts for about 28% of the city's general funds budget. Boise Fire accounts for 25% and Parks and Recreation accounts for 12%.