The female victim is currently in the hospital in stable condition recovering from multiple stab wounds. 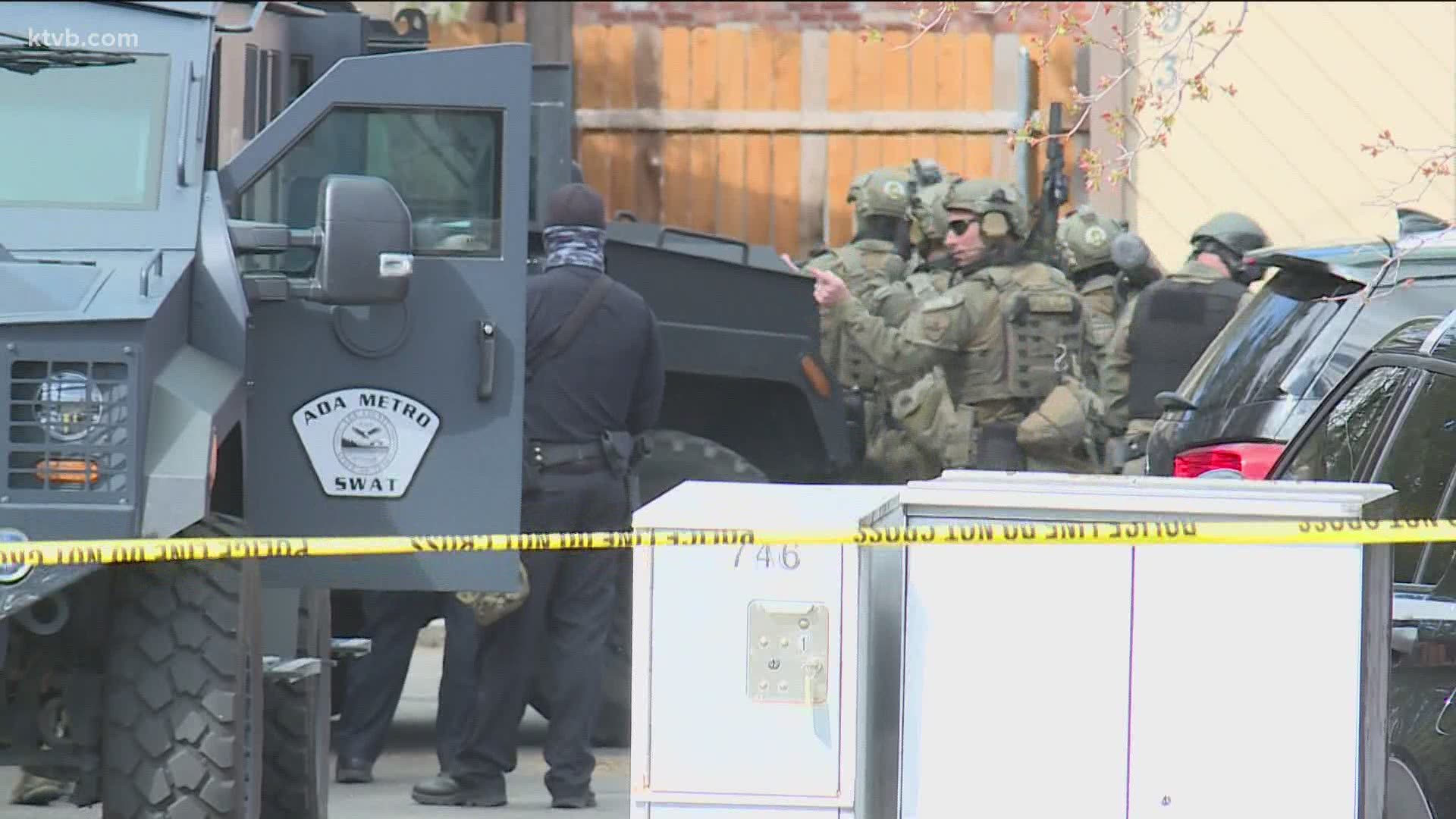 BOISE, Idaho — Boise Police responded to a report of a stabbing in progress at an apartment complex near the 1600 block of South Federal Way and Overland Road on Saturday morning.

At 7:07 a.m., officers responded to reports from neighbors claiming they could see the victim and hear screaming. When officers arrived, they found a badly injured adult woman outside a residence.

The woman was taken to a safe location and later taken to a nearby hospital with life-threatening injuries, according to BPD.

Nearby apartments were evacuated to ensure residents' safety while officers searched for the suspect. Evidence indicated the suspect had gone to a nearby residence, but when police located the residence, the male suspect refused to exit.

BPD's Special Operations Unit was called to the scene after the suspect did not exit the residence. Once access to the residence was gained, the suspect was found dead with what appeared to be self-inflicted wounds, according to police.

The woman is currently in the hospital in stable conditions. BPD's Violent Crime Unit detectives are investigating the incident at this time. Both the suspect and victim have not been publicly identified.

KTVB is working to gather more information on the incident. Check back for updates.