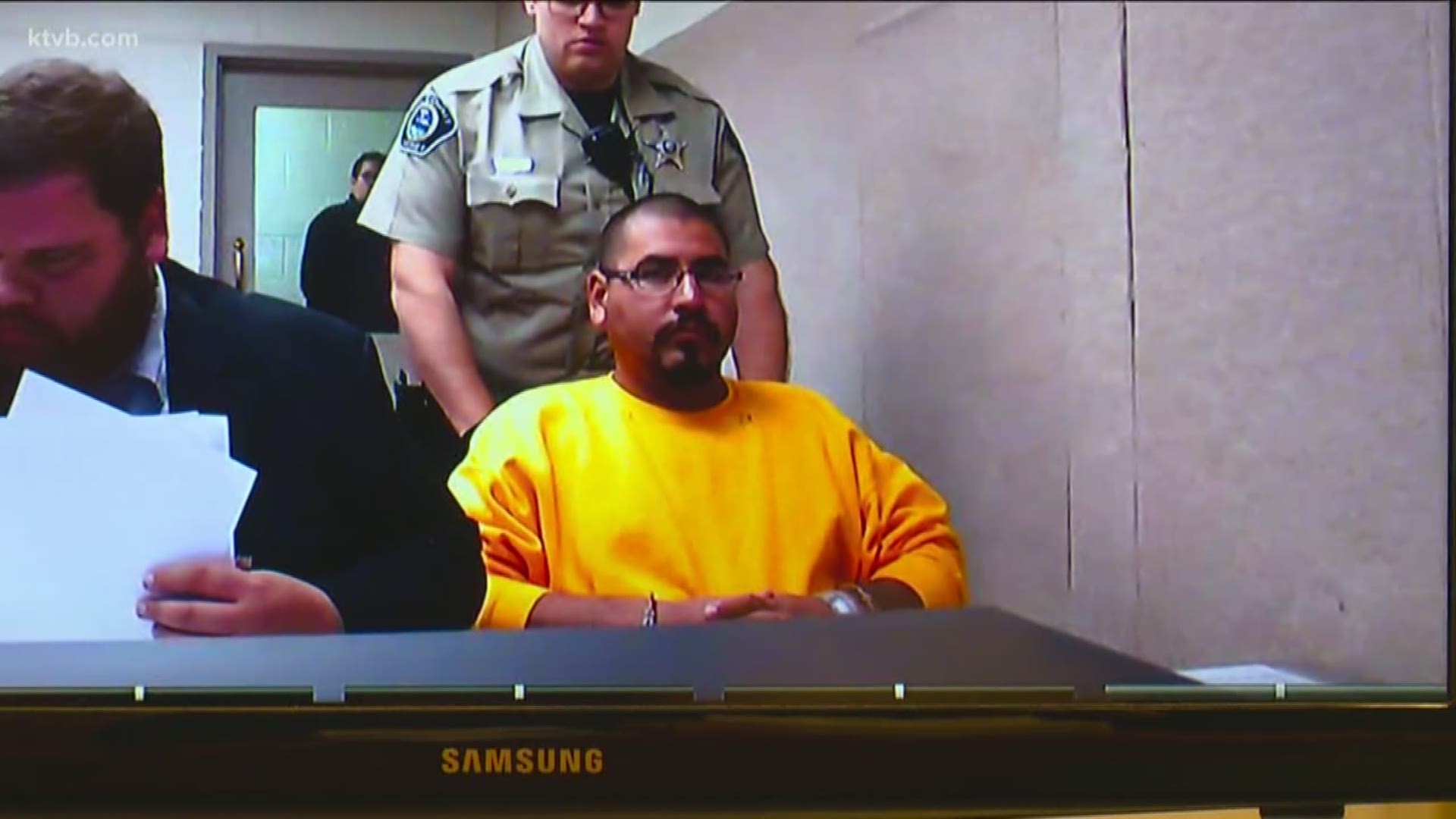 BOISE, Idaho — Boise police have arrested a 27-year-old man in connection to a body that was found in Ann Morrison Park Thursday morning.

Andrew Garcia made his first court appearance on Friday afternoon. The prosecution laid out the events that lead up to the alleged murder.

"The reports indicate that on the 16th, he was fighting multiple individuals from the homeless community throughout the day," Prosecuting Attorney Jim Vogt said.

One of those arguments ended up being with the victim, at this time its unclear what the two were fighting about.

"On the 16th he was in a verbal altercation with the deceased," Vogt said. "According to the defendant at some point the victim kicked at him and the defendant struck him in the face, and knocked him to the ground."

The physical fight escalated from there, according to the prosecution.

"He then kicked him in the face to keep him from getting up," Vogt said. "He then repeatedly stomped on the victim's face until he heard what would be described as agony breathing, he admitted he went too far."

The defense did not present any mitigating factors in their bond argument. They turned the case over to the court.

The Ada County Coroner has identified the victim as Roque Arellano, 43, of Boise. The cause and manner of death are still pending investigation, but the coroner's office says it is considered to be a homicide.

Police found the body after responding to a call shortly after 8 a.m. Thursday. Detectives from the Boise Police Department's criminal investigation unit were on scene for a much of the day.

Detectives say after conducting numerous interviews and investigating evidence, they found enough reason to arrest Garcia for the killing.

This death investigation is taking place in the same area of Ann Morrison Park where police investigated a report of a gunshot early Wednesday afternoon. In that incident, police say, no one was injured, and they were not able to determine if a gun was actually fired.

However, police now say they believe Garcia was involved in the Wednesday incident as well. They say Garcia and another man were fighting at the park.

Officers say Garcia was armed with a realistic looking BB gun and the other man had a knife, but neither weapons were apparently used in the fight. Police say they found the BB gun and the knife in the park Wednesday, and booked both items as evidence, but did not have enough information at the time to make an arrest, both men were sent their separate ways. The case was then routed to the Ada County Prosecutor for review.

When Garcia was arrested early Friday morning, police say he also had stolen financial transaction cards on him, which led to them adding a charge of grand theft as well.