Bergdahl pleaded guilty to desertion and misbehavior before the enemy in Afghanistan in 2009. 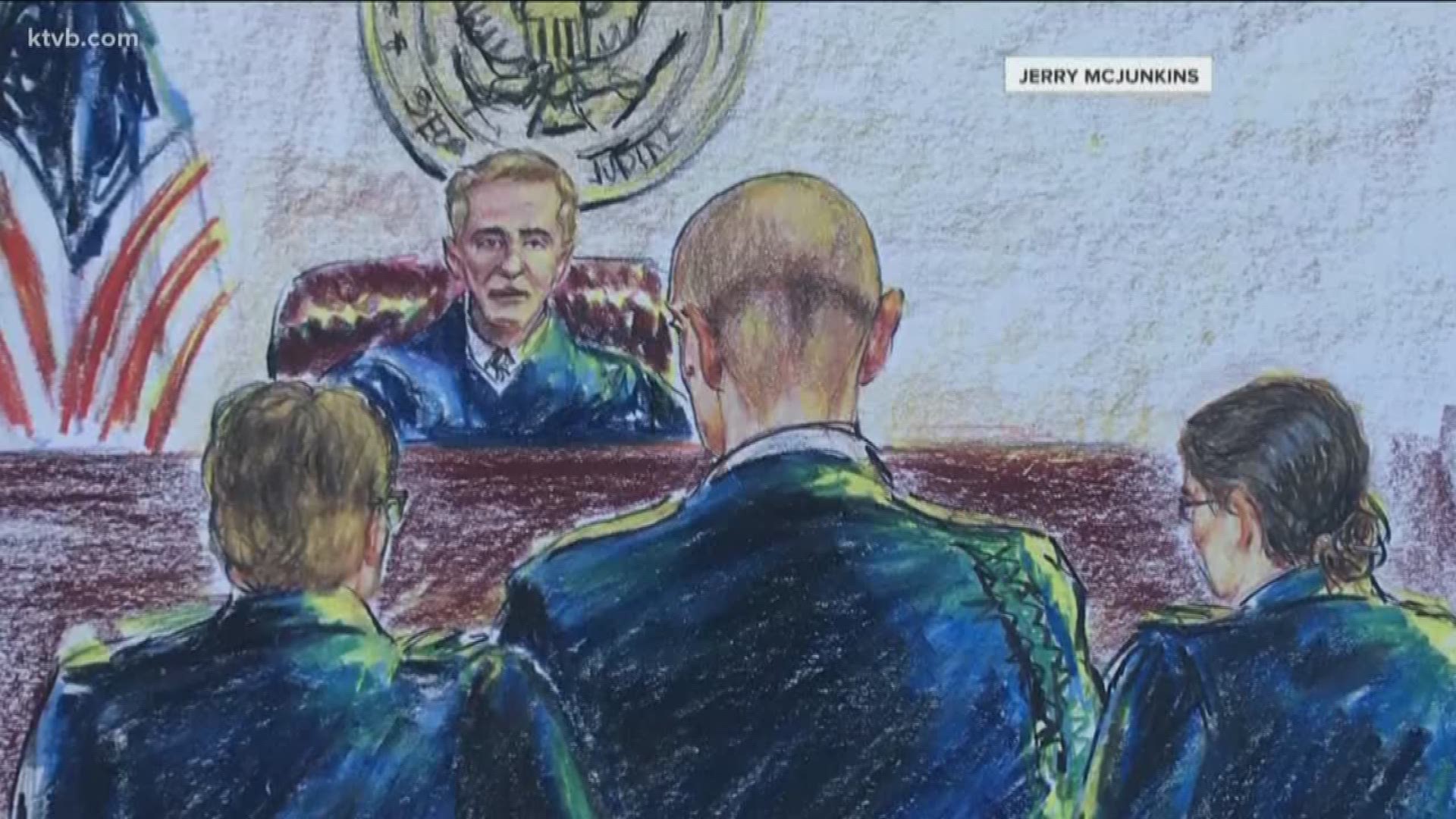 FORT BRAGG, N.C. -- Idaho native Sgt. Bowe Bergdahl will not spend any time in prison for abandoning his post in Afghanistan, a military judge ruled Friday.

Bergdahl will be dishonorably discharged, reduced in rank to E-1, and will forfeit $1,000 a month for the next 10 months.

President Donald Trump quickly weighed in on the sentence, calling it a "complete and total disgrace."

The decision on Sergeant Bergdahl is a complete and total disgrace to our Country and to our Military.

The highly-politicized saga has stretched on for more than eight years, since Bergdahl snuck away from his outpost in Paktika Province, only to be captured by the Taliban and held prisoner for nearly five years.

Bergdahl, who has remained mostly stoic throughout the two-week sentencing hearing, trembled noticeably as the sentence was handed down.

"Sgt. Bergdahl has looked forward to today for a long time," his attorney Eugene Fidell said in an address to media outside the courthouse in Fort Bragg. "As everyone knows, he was a captive of the Taliban for nearly five years and three more years have elapsed while the legal process unfolded. He has lost nearly a decade of his life."

The prosecution had sought a 14-year prison sentence, arguing that Bergdahl's desertion in 2009 thrust other service members into danger, resulting in grievous injuries for three men who searched for him.

One of them, Master Sgt. Mark Allen, was shot in the head while on a mission to find Bergdahl, and remains confined to a wheelchair, "minimally conscious" and unable to speak.

But his defense team worked to convince the military judge, Col. Jeffrey Nance, that Bergdahl had been punished enough when he suffered years of torture, mistreatment and isolation at the hands of his Taliban captors.

Bergdahl told investigators he had left his outpost with plans to run 20 miles to a nearby Forward Operating Base in order to raise his concerns about serious issues within his unit with a general.

He pleaded guilty to desertion and misbehavior before the enemy in October.

But Fidell indicated he will seek to get Bergdahl's convictions dismissed - appealing all the way up to the Supreme Court, if necessary - because of concerns that statements from Sen. John McCain and then-candidate for president Donald Trump unfairly tainted the case.

The defense had earlier sought to get the case tossed before sentencing, pointing to Trump calling Bergdahl "a dirty, rotten traitor" and suggesting he be executed.

Nance declined to dismiss the case entirely, but ruled at the beginning of the sentencing hearing that he would consider Trump's comments - deemed "unlawful command influence" - as mitigation when formulating Bergdahl's sentence. The judge did not specify Friday how much the comments weighed into his decision.

But Fidell said after the sentencing - and before Trump's latest tweet - that the president's comments were unacceptable.

"President Trump's unprincipled effort to stoke a lynch-mob atmosphere while seeking our nation's highest office has cast a dark cloud over the case," Fidell said. "Every American should be offended by his assault on the fair administration of justice and disdain for basic constitutional rights."

Fidell declined to say whether Bergdahl would return to Idaho, or what he will do now that the sentencing is behind him. Although he remains a soldier until the dishonorable discharge appeal is concluded, Bergdahl does not wish to remain in the military, his lawyer said.

"He was ready to turn the page and move on to another chapter," Fidell said.