One of the men charged with impersonating police talked to KTVB. We also spoke with the Idaho Sheriff's Association about confusion surrounding bail agents. 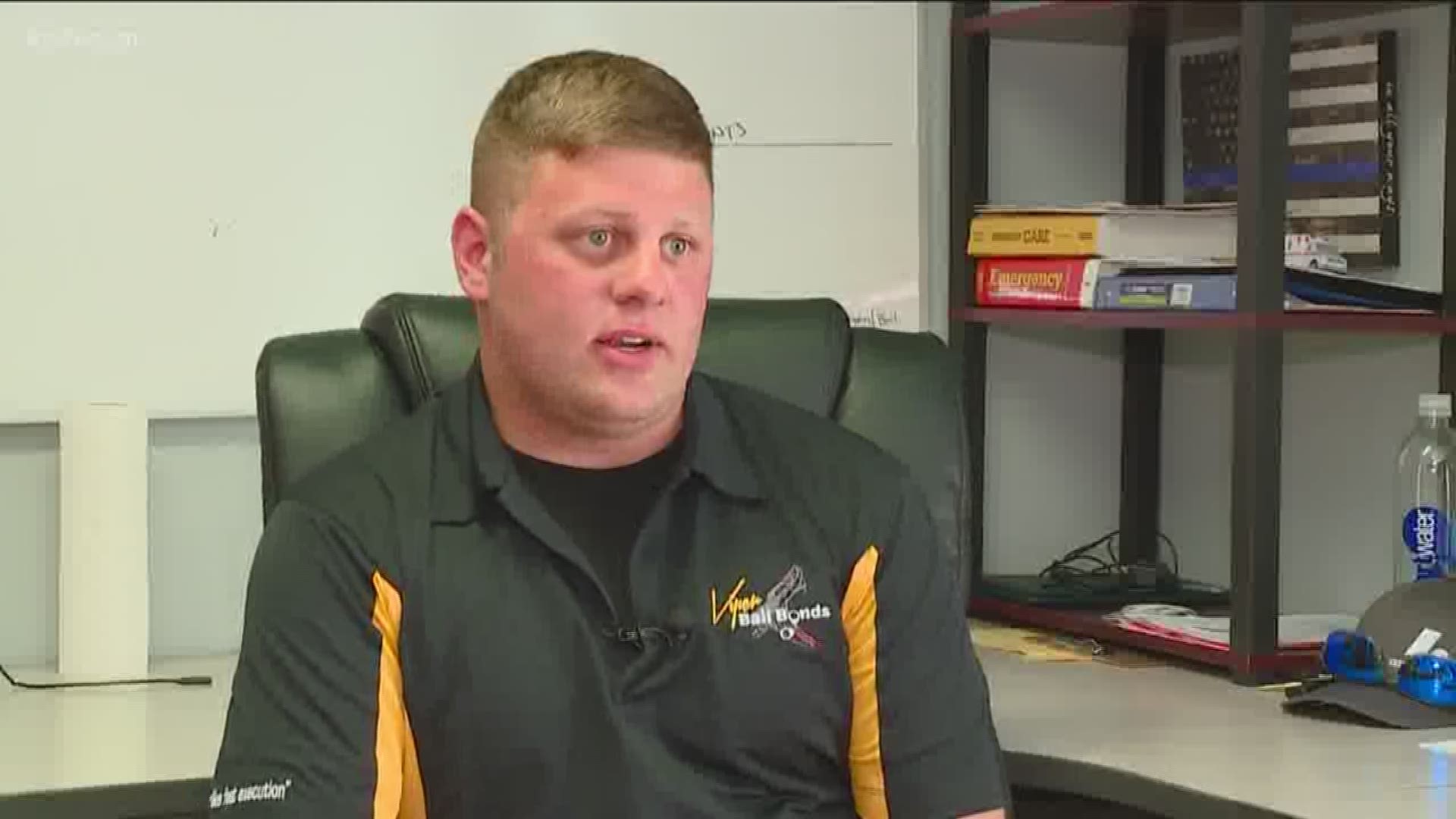 CALDWELL - Two men were arrested Wednesday night in Caldwell after police say they held someone at gunpoint and arrested them. Kevin Ratigan and David Manery are charged with impersonating an officer, which is a felony.

"Every identification was there that was needed so to be charged with this, it's mind boggling," said Ratigan. "It's confusing for sure."

Ratigan is a licensed bail agent in Idaho. He says he, and his trainee, held no one at gunpoint, but they did arrest an individual out of jail, on a $15,000 bond after that person ran off during a residence check.

"We have every right to arrest because we were revoking his bond," said Ratigan.

As they were getting ready to drive the individual to their office to fill out paperwork and then drive him to jail, Ratigan said Caldwell police showed up. He said the person with the revoked bond was released by officers and they were handcuffed instead.

We talked with Idaho Sheriff's Association Executive Director Vaughn Killeen about scenarios like this recent one.

"Bail bonds folks, really, when it comes to their flexibility they have much more flexibility than police officers do," said Killeen.

That's because bail agents have a signed agreement when a bond is made stating a bail agent can enter their residence unannounced, cross state lines to check on them, and arrest them and bring them back to jail if the bond isn't paid.

Killeen said for law enforcement officers arriving on a scene involving a bail agent it can be chaotic because it may not be clear what's happening. He said that's why the ISA, along with the Professional Bail Association of Idaho, has been trying to get legislation passed to make sure bail agents in Idaho are more viable to officers with specific clothing and badges. Bail agents would also have to notify police before making an arrest.

"We're just trying to strengthen those things so there's a little bit of quality to the bail bonds business and bail bonds people themselves are trying to do this," explained Killeen.

However, for two years the bill hasn't gotten through the Idaho House of Representatives. Killeen said it's so important it's likely they'll just keep trying.

Caldwell Police Department officials did not return our calls for further clarification on Wednesday's case involving Ratigan and Manery. According to a news release officers believed the bail bondsmen had no probable cause to make an arrest. They're expected in court on June 21.