A codefendant, Aaron Von Schmidt, was also convicted of trespassing by the jury. 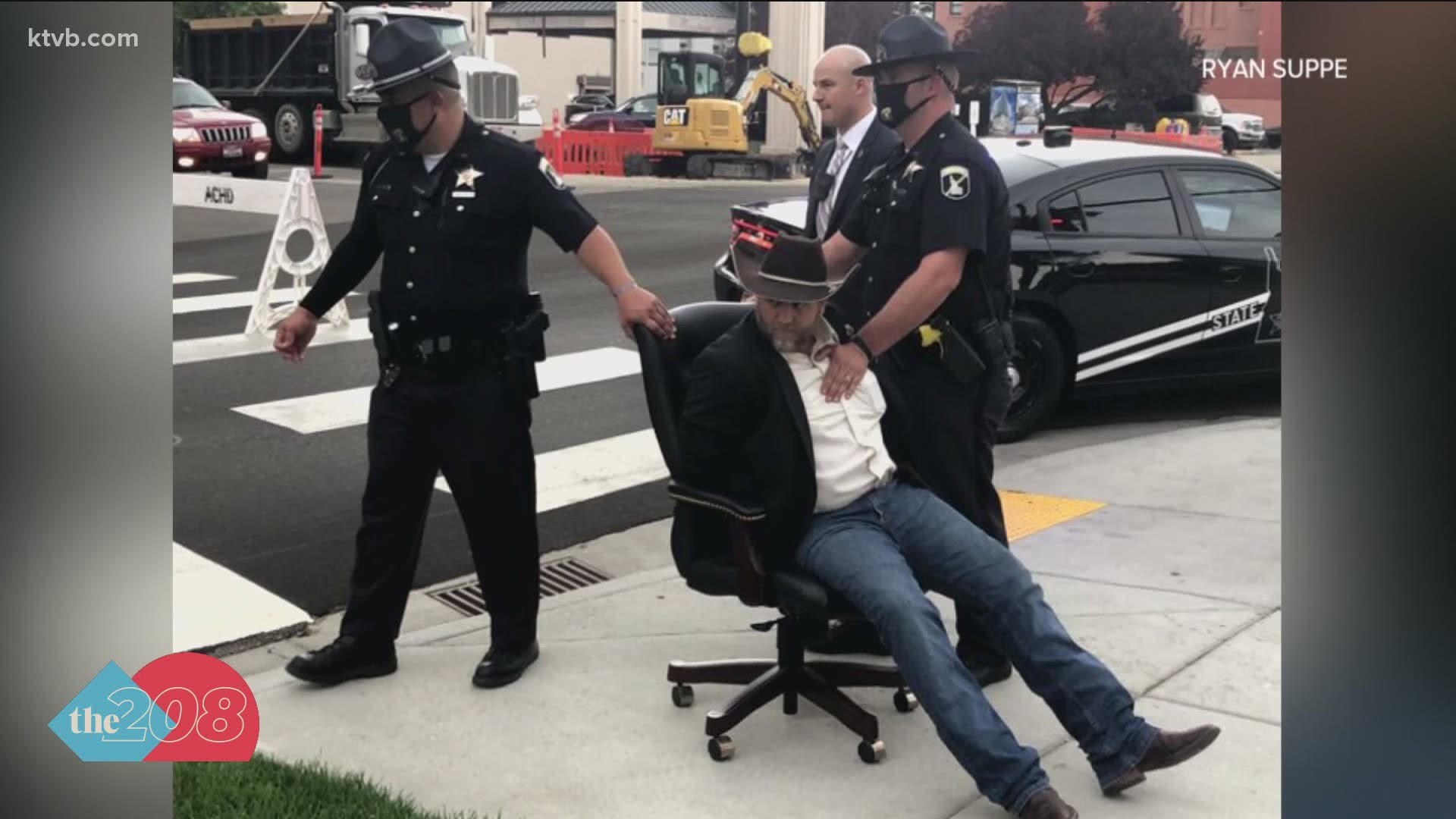 BOISE, Idaho — Ammon Bundy was convicted of trespassing and resisting and obstructing by a jury Thursday night in connection to his arrest in a hearing room at the Idaho State Capitol Building during a special legislative session last summer.

The men were both arrested on Aug. 25, 2020, when they refused to leave the Lincoln Auditorium in the Statehouse after a hearing was moved from that location to another room. The room was ordered to be cleared by Speaker of the House Scott Bedke after a handful of people lingered in the room for several hours; Idaho State Police went into the Lincoln Auditorium and told everyone inside they needed to move outside the room or face arrest.

Everyone but Bundy and Von Schmidt left.

Bundy's went limp and acted like dead weight during the arrest, ignoring orders to stand up and put his hands behind his back, leading to the resisting and obstructing charge. Troopers ultimately rolled him out of the Capitol in an office swivel chair and lifted him into back of a patrol car after he refused

Both Bundy and Von Schmidt were found guilty late Thursday night and were sentenced immediately after the verdicts were announced.

Prosecutors asked for Von Schmidt to be sentenced to time served, and a 15-day jail sentence for Bundy with credit for the three days he had spent in custody after his arrest.

Judge David Manweiler said he considered adding jail time, but he struggled to find a sentence that fit the crime and seriousness of it, which he considered both charges to be on the "low end of the scale."

Ultimately, Bundy received credit for time served and was ordered to pay a $750 fine and complete 40 hours of community service. Von Schmidt was sentenced to time served and a $500 fine.

"I just don't see the upside of throwing you in jail today," Judge Manweiler said.

Both men have 42 days to appeal, but Bundy signaled in a statement he does not plan to ask for the case to be overturned.

"After a 4 day trial, the jury decided that my presence in the Lincoln Auditorium, during open hours, was a criminal act. The precedence this sets is very dangerous for anyone who may disagree with the presiding officers of the legislature," he wrote in a statement. "However, it is out of my hands now. I have no intention to appeal this decision. The people of Idaho have spoken and I will serve my sentence as ordered."

Bundy is facing several other trespassing charges for later returning to the Capitol Building after being barred from it for a year following his special session arrest. He has pleaded not guilty in that case.