Justin Robertson, who triggered an AMBER Alert when he abducted his son from his wife's Spokane Valley home after allegedly stabbing her, died of an apparent self-inflicted gunshot wound, police said. 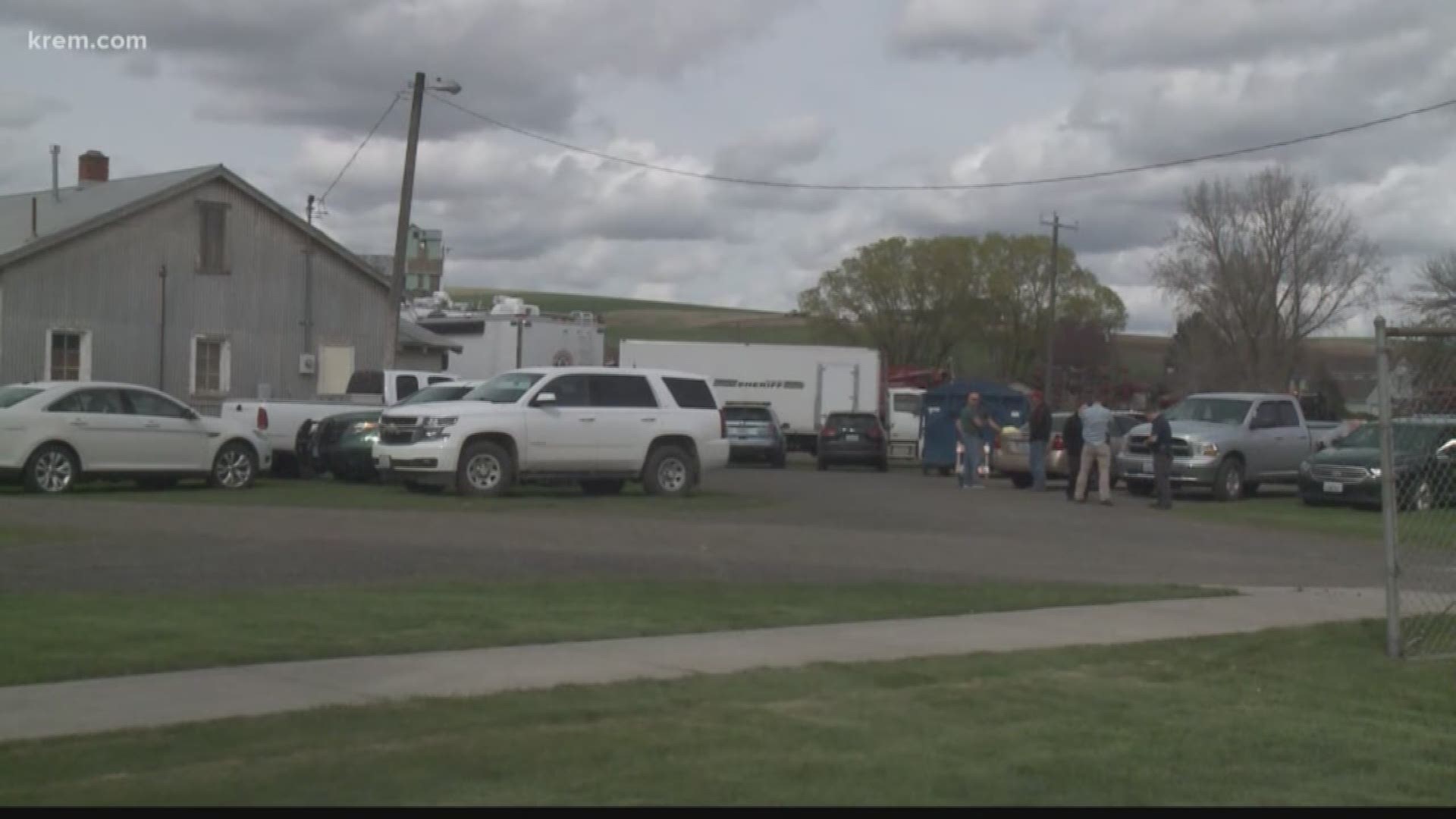 Note: We will update the story as more information is made available.

Spokane County Sheriff's Office spokesman Mark Gregory said that police found Robertson dead of an apparent self-inflicted gunshot wound inside a house in St. John, Washington. No one else was hurt during the standoff.

"It could have gone considerably worse. He could have fired on our team or caused them to do something," Gregory said.

Robertson refused to surrender from inside a home near St. John, Wash. for multiple hours on Tuesday, according to authorities on the scene.

His 5-year-old son is safe.

On Tuesday morning, authorities said the boy was abducted by his father, Justin Robertson, after Robertson stabbed the boy's mother in Spokane Valley.

An AMBER Alert in Washington, Oregon and Idaho was canceled for the boy Tuesday afternoon when Robertson and his son were located at a home near St. John about an hour south of Spokane, according to the Spokane County Sheriff's Office.

Ethan is in custody, safe and uninjured, the sheriff's office said.

The suspect remained inside the home and was refusing to surrender, according to KREM's Amanda Roley.

The boy's mother was taken to a hospital Tuesday morning and is expected to survive.

The AMBER Alert was issued just after 7:30 a.m. on Tuesday morning after Robertson allegedly stabbed his estranged wife and fled with his son.

Robertson was considered armed and dangerous.

Spokane County Sheriff's deputies responded to a panic alarm at the home located at 12808 E. Blossey Avenue at about 5 a.m. on Tuesday.

When deputies arrived, they found the side gate wide open. They then knocked on the front door and heard a woman screaming for help, according to the sheriff's office.

Upon entering the home, deputies found the woman bleeding profusely from stab wounds, according to the sheriff's office. She told deputies she had recently served Robertson with divorce papers, and that he had stabbed her and fled with their 5-year-old son.

Robertson's estranged wife was taken to Sacred Heart with injuries that are serious but not life threatening, according to the sheriff's office.

The AMBER Alert was issued for Oregon, Washington and Idaho. It was canceled Tuesday afternoon after authorities located the father and son near St. John. 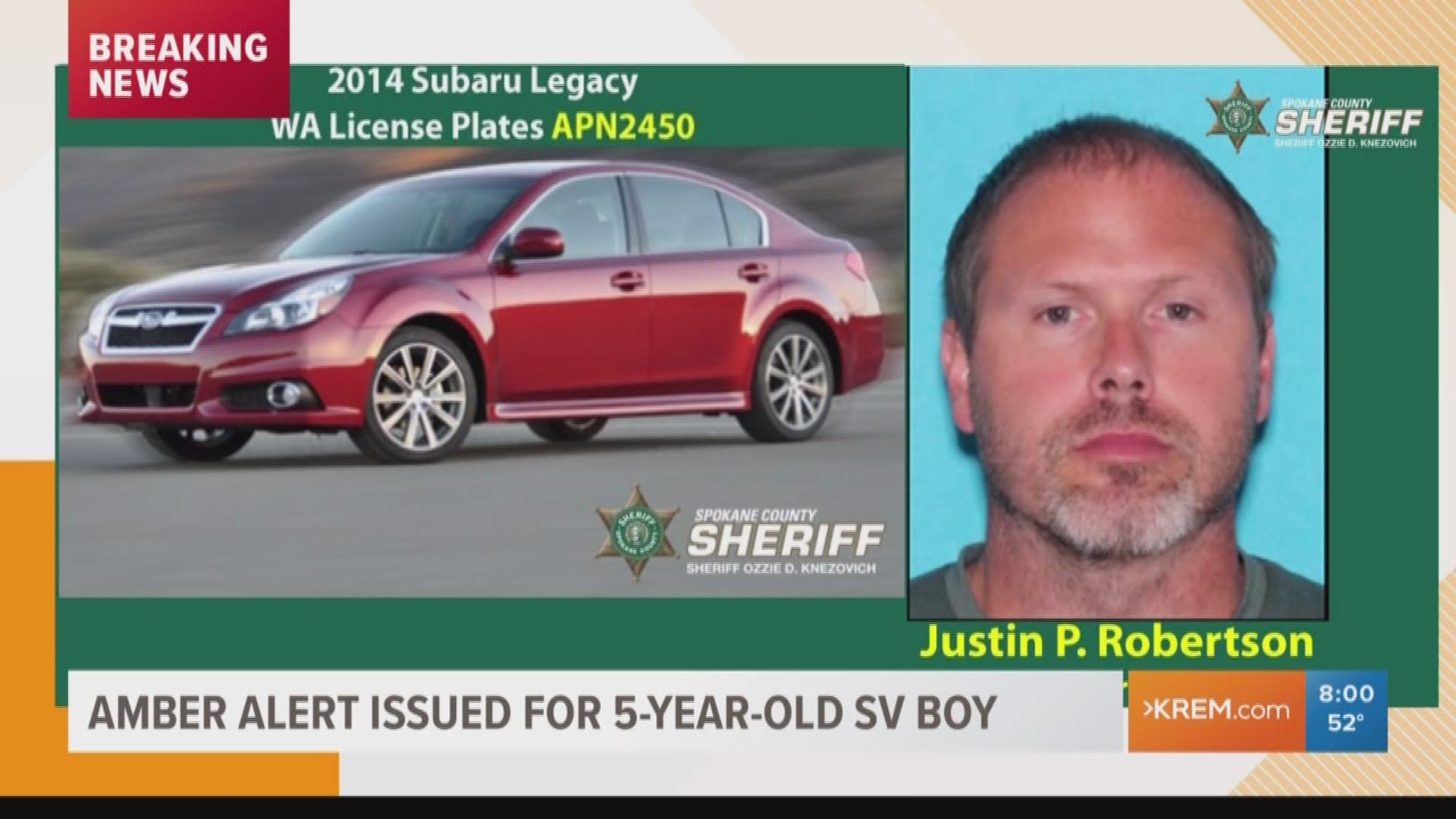