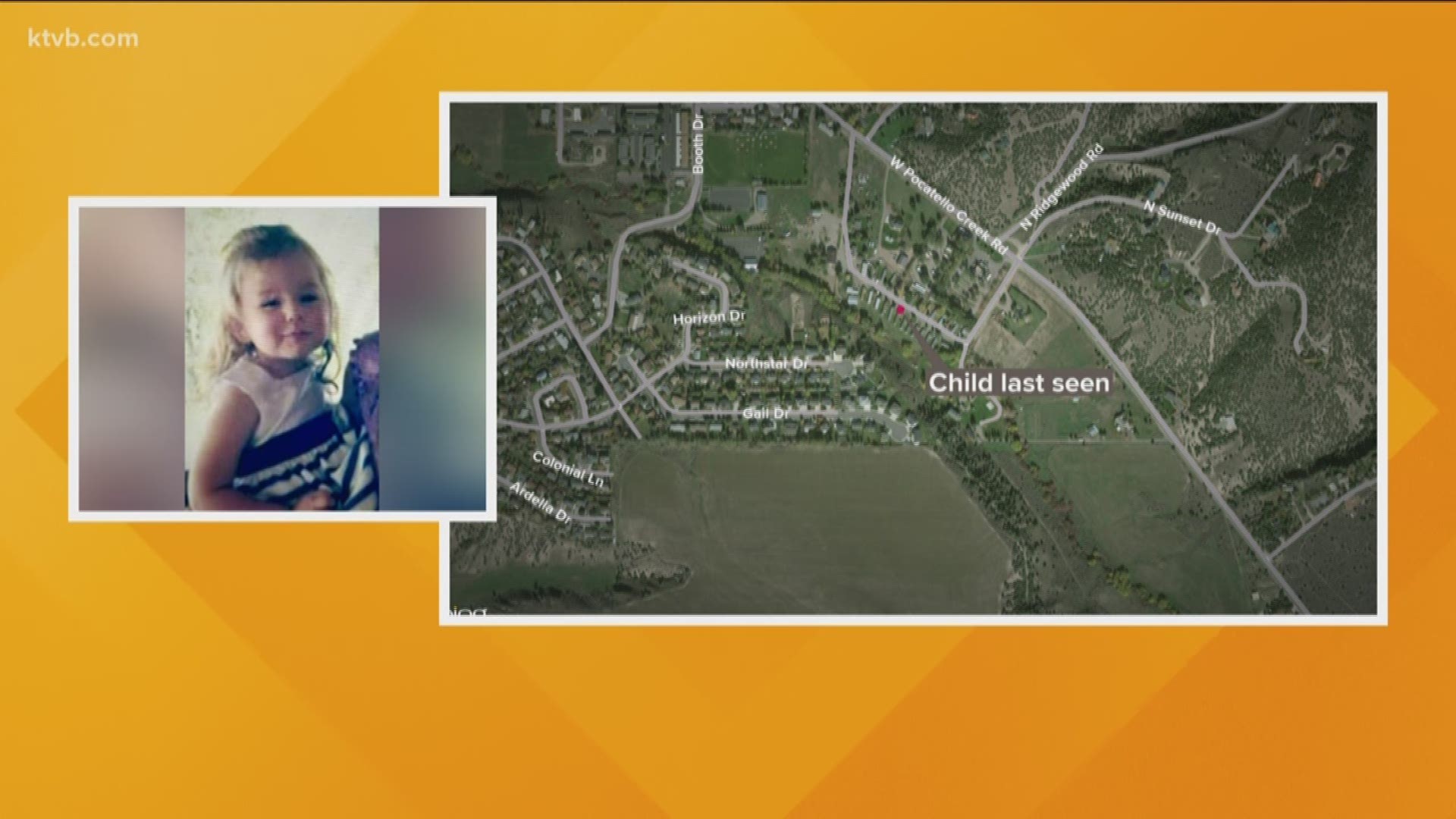 POCATELLO, Idaho — An AMBER Alert has been canceled after police say an abducted girl was found safe Monday morning.

Police said earlier that Karsyn was believed to be in the company of 38-year-old Sara Chanell Walker or 31-year-old  Robert John Thomas. Police have not said what the suspects' connection is to the girl, including whether they are related to her.

MORE: When a child goes missing, here are the criteria for an AMBER Alert

Karsyn is described as a white girl with brown hair and blue eyes, standing about three feet tall and 36 pounds. She was last seen wearing pink capris, a yellow tank top, and purple Sketchers shoes.

Information about where Karsyn was found Monday morning was not immediately available. Police have also not said whether anyone has been charged in the case.

According to investigators, the three may have been traveling in a maroon 1995 Ford Contour with Idaho license plate 1B Z6213.

Photographs of the suspects were not immediately available.

Credit: ISP
Police say the AMBER Alert suspects could be traveling in a car that looks like this one.