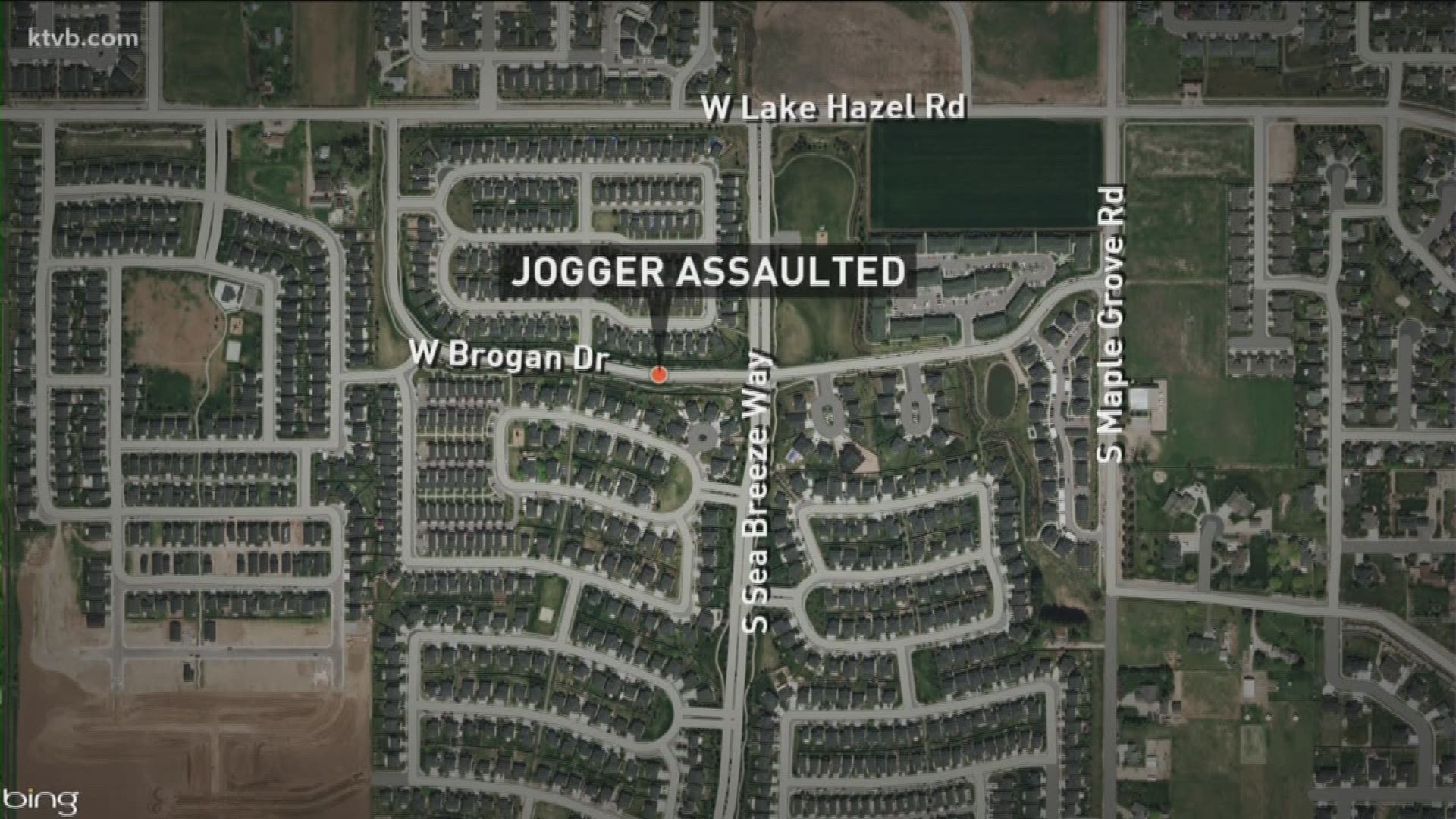 BOISE -- The Ada County Sheriff's Office is investigating after a woman was attacked and sexually assaulted while out for a run southwest of Boise.

The attack happened at 6:30 a.m. in the Charter Pointe neighborhood.

According to the sheriff's office, the woman was running west on Brogan Street when a man grabbed her around the neck from behind.

The woman began kicking and fighting to get away, and fell to the ground in the street. At that point, investigators say, the attacker choked her until she lost consciousness.

When the woman regained consciousness, the man was holding her down on the ground. Shortly after she woke up, the man took off running east from Brogan Street toward Seabreeze Way.

Investigators say evidence suggests the woman had been sexually assaulted while she was unconscious.

Someone driving on Brogan saw the woman in the road, and stopped to help her and call 911. The woman was taken to a local hospital for treatment.

The sheriff's office said she had significant injuries to her neck, but those injuries are not believed to be life-threatening.

The suspect has not been located.

The woman told investigators because the man attacked her from behind, she never saw his face. The man is believed to have been wearing medium gray sweatpants and sweatshirt with a dark-colored beanie or hood over his head. The man’s age, ethnicity, hair and skin color are unknown.

“This was a shockingly brazen assault. We are working to find the man responsible as quickly as possible," Sheriff Steve Bartlett said in a release. "I know this is scary. Safety is our first priority. We have all of our resources working this investigation and will have extra patrols in the area. Please help us by being aware of your surroundings. Lock your doors. Look out for anyone or anything suspicious, and report unusual activity as soon as possible. Together, we can ensure you stay safe and secure in the places you live, work, and play.”

Anyone with information about this assault or the suspect, or anyone who saw something unusual or suspicious in this area today or in recent weeks is urged to call Detective Shellie Strolberg at 208-577-3788.