45 minutes of horror: Texas woman attacked in her own home on New Year's

Amid the chaos of the attack the mother of four tried not to scream, thinking that if her boys woke up, they would be targets, too. 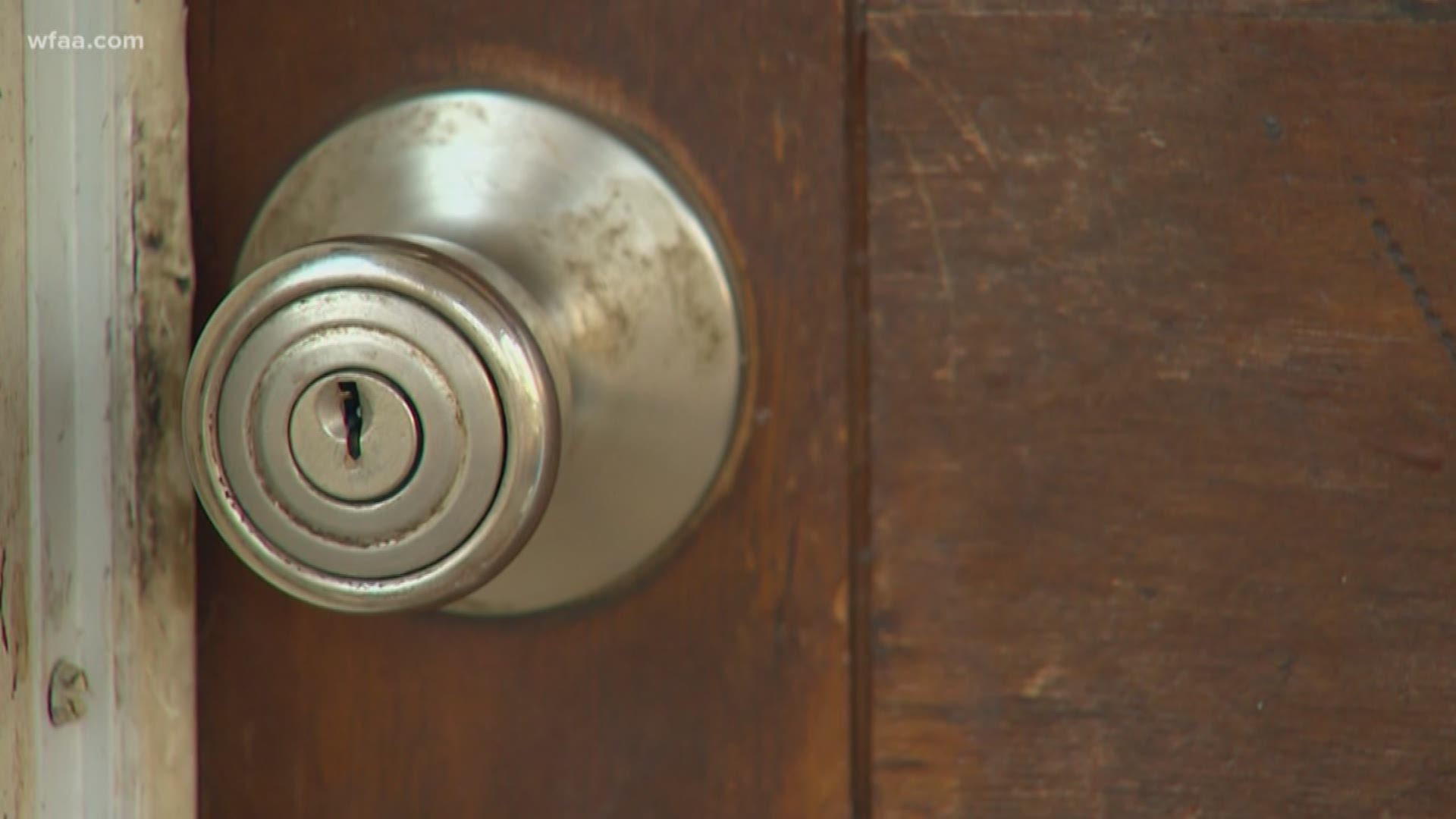 DENISON, Texas — The countdown on Dec. 31, 2019 ushered in the new year, but it also ushered in the start of a nightmare for Ariel Holley at her home in Denison.

Holley said she and her four boys were asleep when Zachary Jolliff broke into Holley's home by smashing the glass of the front door. According to Jolliff's arrest warrant, Holley told investigators Jolliff was "looming over her."

Holley said Jolliff then dragged her to the bathroom, where he physically attacked her. At first, Holley said she was scared that she was going to be sexually assaulted because Jolliff had unzipped his pants and untucked his shirt.

In an interview with WFAA, Holley described the 45 minutes of horror she endured in the early hours of New Year's Day when she was attacked by Jolliff, who had worked on Holley's home in Denison two years ago but otherwise didn't know her.

"I don't have his phone number. We're not friends on social media. I didn't even know the guys last name," Holley said.

The mother of four said she is just thankful to be alive to tell her story.

"He came there to kill me, he told me that," Holley said. "He looked at me and I could see this switch flip in his eyes and he says, 'You're going to die today.'"

Holley said she fought back any way she could. Stuck in the bathroom with Jolliff, she remembers saying a prayer and thinking through how she could escape. She told WFAA that she kicked and punched and scratched at every opportunity she had. According to the arrest warrant, Jolliff "used his thumb...to gouge her right eye out."

"He tried to snap my neck multiple times, at least ten," Holley said.

Amid all this chaos the mother of four tried not to scream, thinking that if her boys woke up, they would be targets, too.

"Your job is to keep your kids safe and she did that the best that she could, and at her own expense, probably," Holley's sister-in-law Amber Holley said.

Denison Police Chief Mike Gudgel said Holley's recollection, despite everything that happened to her, led detectives to a nearby home.

"She remembered. So that was very big for our department and our detectives," Gudgel said.

Officers arrived at the home several hours after the alleged attack. Joliff was arrested after "hiding behind a baby crib," according to the arrest warrant.

WFAA made attempts to speak with Jolliff before this story was published and aired, but our requests were not returned.

The road to recovery for Holley will be long. She said the support from complete strangers in her community has been overwhelming. Holley wants to sincerely express her gratitude for those people who have helped her in her time of need.

"We have been completely overwhelmed by genuine kindness," Amber Holley said.

Friends have put together a GoFundMe page to help Holley and her family with recovery expenses.