Hillview United Methodist Church captured the crime on security footage but making out the license plates is difficult. 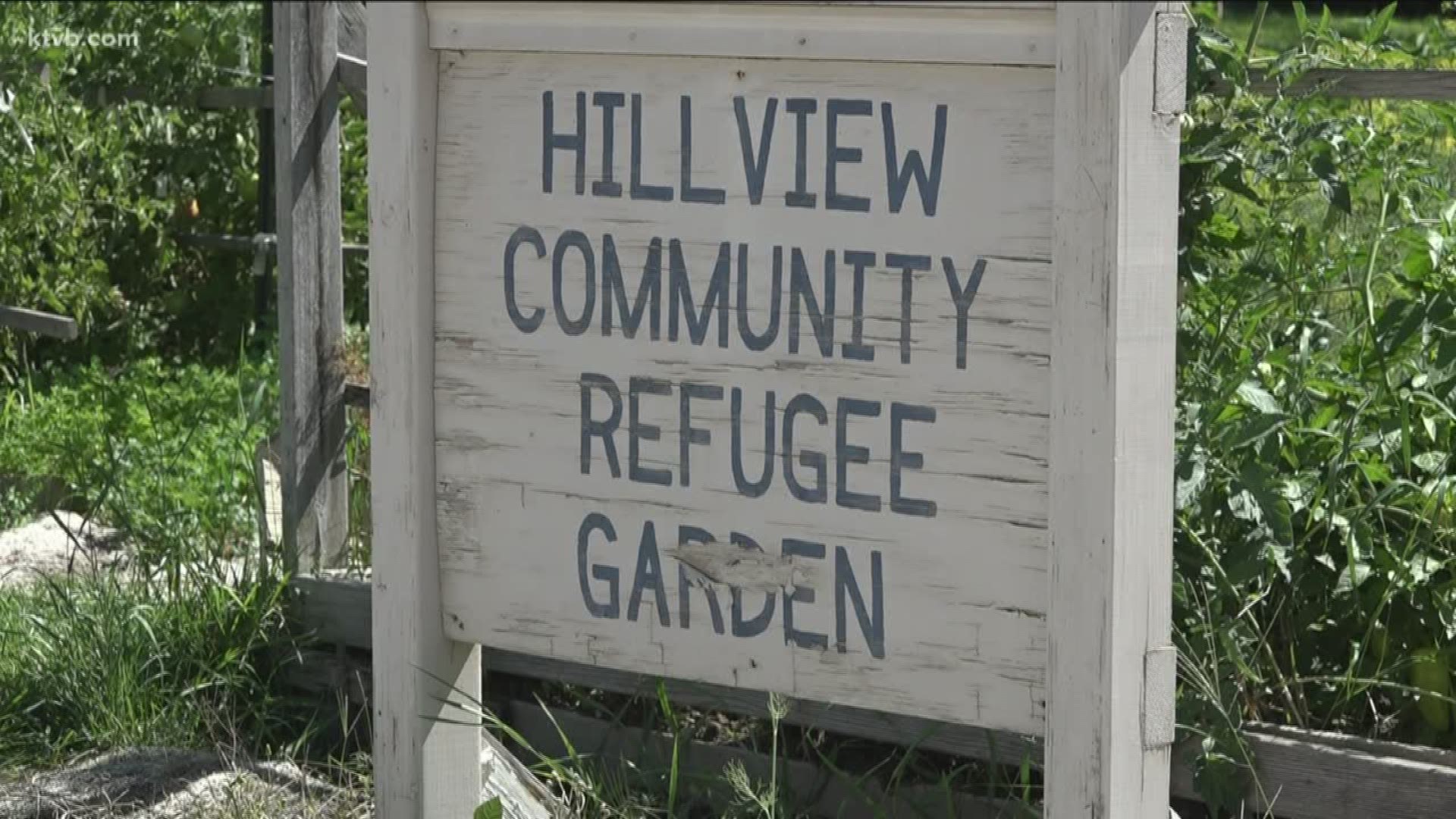 BOISE, Idaho — Vegetables were stolen from the Hillview Community Refugee Garden in Boise not once, but twice last week.

Three suspects raided the garden with plastic bags, while the fourth suspect drove to the other end of the Hillview United Methodist Church parking lot to wait.

A refugee gardener arrived during the crime, who watched it unfold but never approached the suspects.

The getaway car pulled back around the parking lot, and the thieves quickly loaded the stolen veggies into the back of the black SUV, suspected by church staff to be a Toyota RAV4.

Brenda Sene, a pastor of Hillview Methodist, was notified of the situation when the witness came into her church crying.

The police were called shortly after the incident on Wednesday, but just four days later, the refugee garden's vegetables were stolen again.

1 / 4
Hillview United Methodist Church
Refugee gardener, witness to the crime, surveys the thieves as they sweep the garden of its vegetables.

Sene said that the church community has offered to give the refugee gardeners food, but in the 13 years she's known them, she said they've always been givers, not takers.

"People have offered to give them produce in return and they said 'no no no'," Sene said.

"They are convinced that people are poorer than they are," Sene added, shaking her head smiling. "So they've asked for produce to go to the food bank and homeless shelters."

Boise Police are still investigating the crime but with details about the suspects or the license plate numbers of the vehicles, finding the suspects will take some time.

RELATED: 'He wanted to achieve his dreams': Family friend remembers refugee who drowned in Boise pond