According to the Ada County Sheriff's Office, Taylor Kemp admitted he was shooting off Roman candles near Table Rock the just before midnight June 29 when the wind knocked one of the fireworks over. 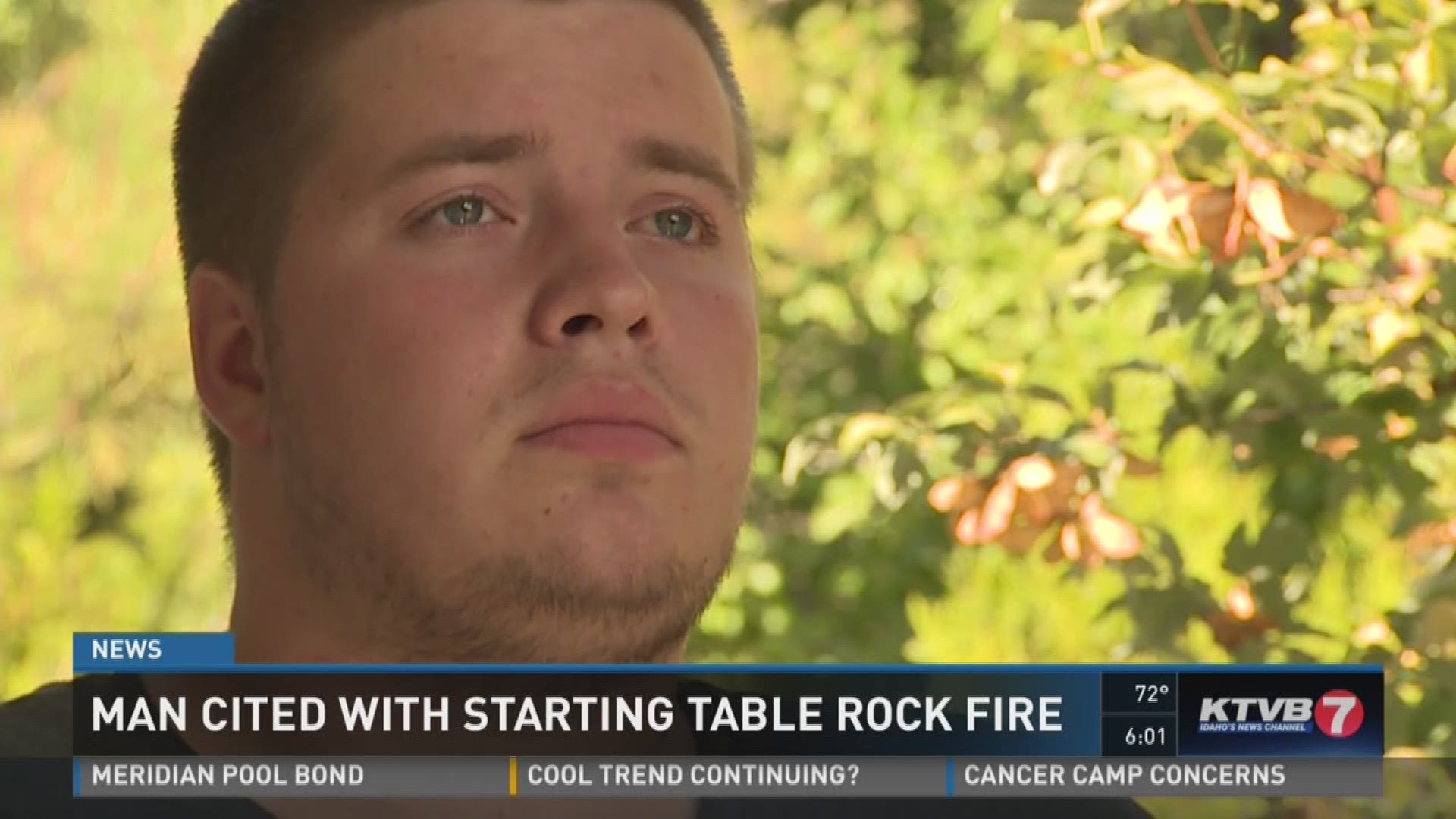 BOISE -- A 19-year-old Boise man has been cited after investigators say he started the 2,600-acre Table Rock Fire while setting off illegal fireworks.

According to the Ada County Sheriff's Office, Taylor Kemp admitted he was shooting off Roman candles near Table Rock just before midnight June 29 when the wind knocked one of the fireworks over. The fireworks ignited the dry grass on the hillside.

The flames spread quickly, destroying one home and an outbuilding and threatening dozens more in the Harris Ranch subdivision. The blaze left a wide swath of the Foothills scorched black.

Kemp spoke to KTVB just hours after the fire began, telling reporters he was a witness to the start of the blaze. Kemp said he had gone up to Table Rock to take photographs of a lightning storm when he saw a group of "clearly wasted" kids setting off fireworks. One of the mortars tipped over, setting the grass on fire, he said. 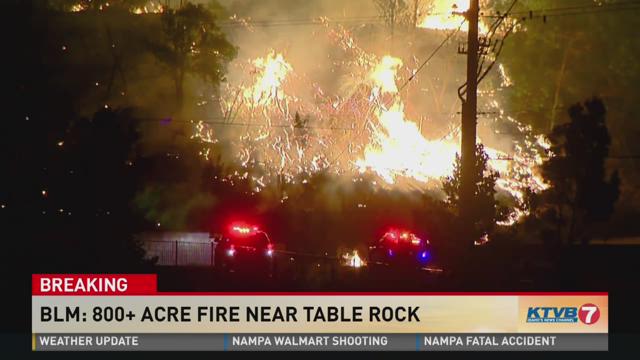 Kemp said after the group ran away, he called the fire department and sprang into action, drawing on his experience as a former volunteer firefighter.

"I was basically just stomping it out, trying to pull up weeds, make a barrier around it: Typical brush fire protocol," he said.

But despite his efforts, the blaze roared out of control, Kemp said.

"The winds picked up and you look away for two seconds and it's another mile further, he said," "It was really bad."

Deputies interviewed Kemp the morning of June 30. He admitted to starting the fire after a second interview with investigators in late August. Kemp told investigators he bought the aerial fireworks at a fireworks stand in Elmore County.

The Ada County Sheriff's Office said they sifted through more than 100 tips and conducted dozens of interviews during the months-long investigation.

Kemp has been cited with violating Ada County's fireworks code, a misdemeanor punishable by up to six months in jail and a $1,000 fine. He was not arrested.

On Wednesday afternoon, Kemp told KTVB he was innocent and had been pressured into confessing to starting the fire.

Ada County code bans all fireworks in the Foothills and other area that constitute a "severe fire threat" between June 1 and Oct. 31.

Boise Fire Chief Dennis Doan said the city will seek restitution in the amount of $150,000 to cover the firefighting and personnel costs.

That amount does not include the Bureau of Land Management's firefighting expenses, which they are seeking restitution for. The initial estimate is $250,000.