The Idaho Humane Society received a donation of $105,000 during Idaho Gives that will go towards their new shelter. 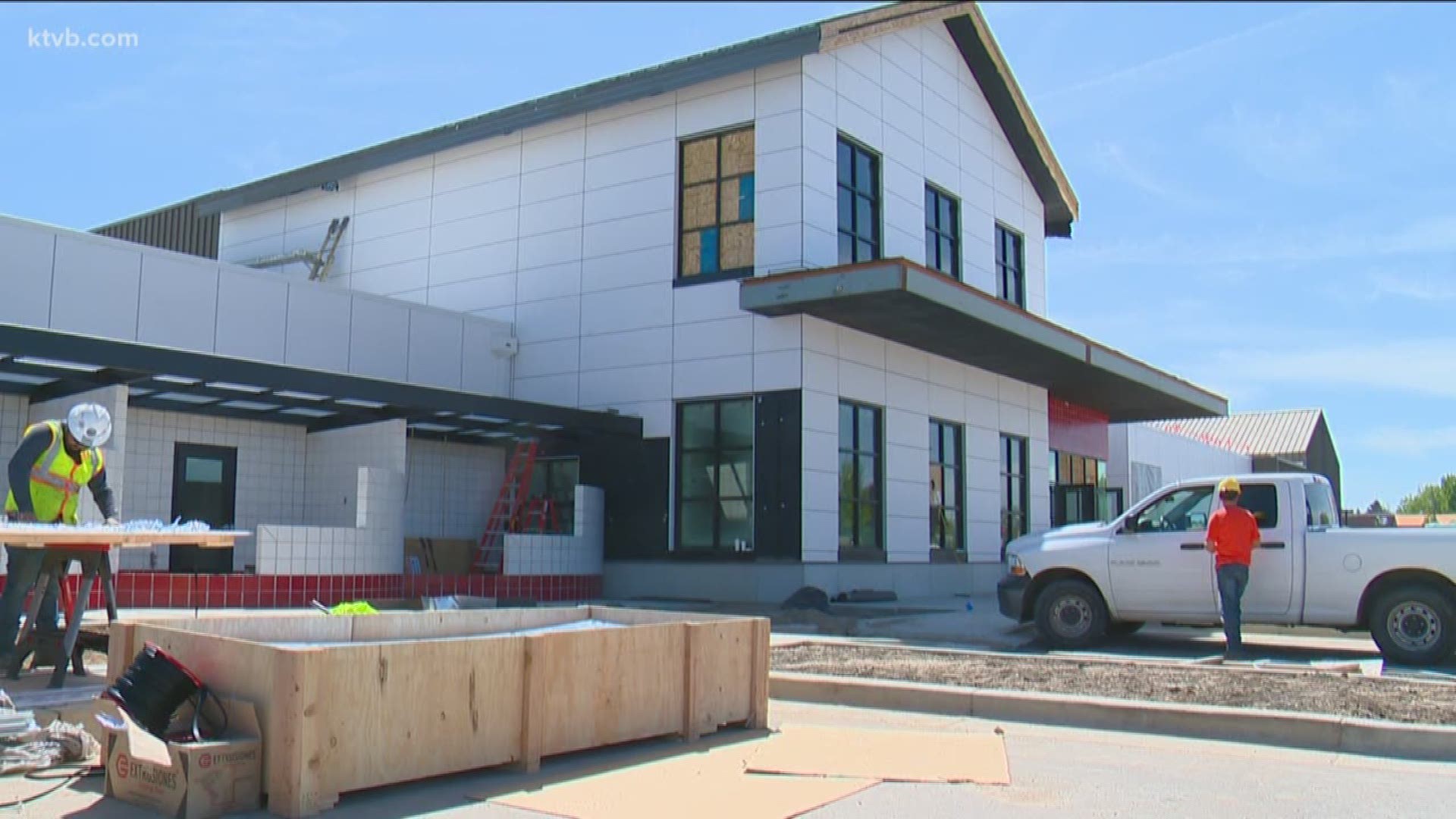 BOISE, Idaho — They find new homes for pets, and soon they'll have a new home of their own. After almost two years, the new shelter for the Idaho Humane Society off Overland Road in Boise is nearly complete, and they received a big boost on Idaho Gives Day.

The shelter received a single donation of $105,000 from an anonymous donor.

The money is going specifically to help pay for the new building. This means the dogs in the shelter will soon be getting much more room in the new location.

"We have five kennels per room here and they're large, three times larger than the kennels our dogs are currently housed in,” Jeff Rosenthal, the CEO of Idaho Humane Society, said.

The donation more than surprised the administration at the shelter.

"I was floored when we received information on the size of this donation,” Jimmy Hillig, the chief development officer for the Humane Society, said.

The funding is going to the capital campaign fund, called the ‘Designed to be Kind,' campaign on their website.

It is a facility that is expected to have all the bells and whistles. Things like extra space for the animals, a great HVAC system, and something that's called a Catio for cats.

"They're patios for cats. They're enclosed but there is nothing a kitty likes more than sunbathe, right,” Rosenthal said. "Very important to the health of shelter pets who are incredibly stressed when they come into the shelter environment."

The goal of the new shelter is to have the best possible place for pets while they wait to find them forever homes. The Humane Society is also hopeful other nonprofits will benefit in the future from their large donation.

"We just hope it'll inspire other major donors to give to their major causes for years to come for Idaho Gives,” Rillig said.

The Humane Society's current facility near the Boise airport will remain open for animal control and taking in strays.

At the new facility, crews recently completed the flooring. The Humane Society hopes to open the new shelter by August 1.

RELATED: Nampa cat shelter to get new roof thanks to outpouring of community support, big donation from Dennis Dillon