9-year-old Zoran was brought to San Antonio for a heartwarming reunion with his former handler, Marine Cpl. Brianna George. 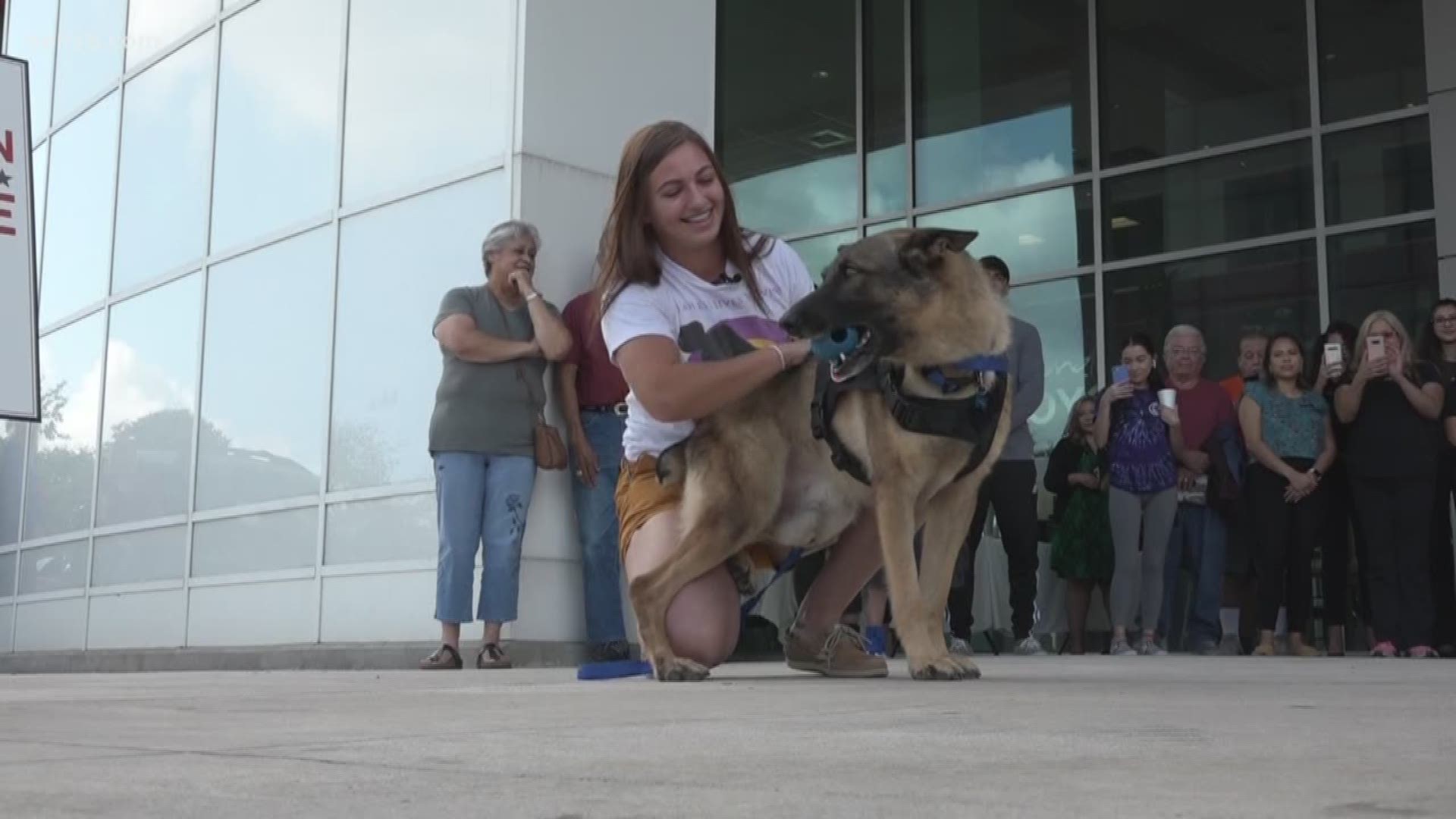 SAN ANTONIO — A military working dog traveled from Japan to San Antonio to reunite with his former handler, who will adopt him. American Humane helped bring the two back together.

Monday, 9-year-old Zoran, a German Shepherd, was brought to Cavender Toyota in San Antonio for a heartwarming reunion. His former handler, Marine Cpl. Brianna George, worked with him at the Marine Corps Air Station (MCAS) in Iwakuni, Japan. Their main duties were patrol work and conducting sweeps. George is currently a military dog trainer at Joint Base San Antonio-Lackland. The last time they saw each other was September 2018. They worked together for two years.

"American Humane is proud of our work in bringing these four-legged soldiers back to the country they spent years protecting," Robin Ganzert, PhD, American Humane president and CEO said in a press release. "Every military dog deserves a hero’s welcome and a retirement with the human handler who knows and loves them best."

KENS 5 was there for the moment when Zoran was was walked over to George. He immediately recognized her and took in her affection.

George said for about 8 years, Zoran performed his tasks and was then placed back in his kennel. She said it gives her joy that she’ll be able to provide him a comfortable space for retirement.

“I’m going to take him out on walks, see how he does there. Definitely watching Netflix with me, sitting on the couch and relaxing. Sleeping in the bed with me, hopefully,” she said.

Cavender Toyota presented a check for $2,000 to American Humane. Company spokesman Rick Cavender said the money was in support of the organization’s mission to serve military working dogs and veterans. Mike's Dog Store provided George a bag of goodies to support her and Zoran.

For more information on American Humane and its military programs, visit their website.