Nearly 30 Boise firefighters will participate the Scott Stairclimb next month in Seattle. The event is a benefit for the Leukemia and Lymphoma Society and its fight against blood cancers. 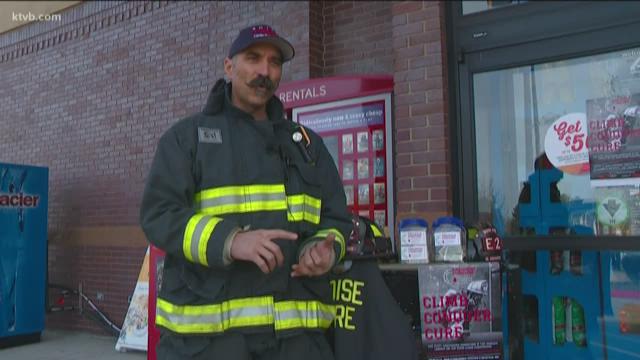 If you were out and about on Saturday, you may have noticed firefighters holding boots, collecting cash as people stopped by outside local Albertsons stores.

The Boise Fire Department is gearing up for the annual Scott Firefighter Stairclimb, in which firefighters from around the world raise money and train to climb 69 flights of stairs in the Columbia Center in downtown Seattle. The event, which will take place on March 11, benefits the Leukemia and Lymphoma Society.

“Many of us have had family members or friends who have been affected by blood cancers,” said Rich Brown, who is captain of the Boise Firefighters Local 149 Stairclimb team. “And that really is the predominant thing that fuels us to fundraise for the LLS, is to reduce the suffering that patients are going through, reduce the suffering that those families are going through, and hopefully find a way that these amazing doctors can figure out something that kills the blood cancer -- and not the patients.”

The Boise team has nearly 30 firefighters who are preparing for the Scott Stairclimb. The goal this year is to raise $40,000.

For more information, and to donate, go to this link.