CBD oil is readily available online, so can you legally buy it in Idaho?

With a simple Google search, you can find dozens of online retailers selling CBD oil who are more than willing to ship to Idaho. 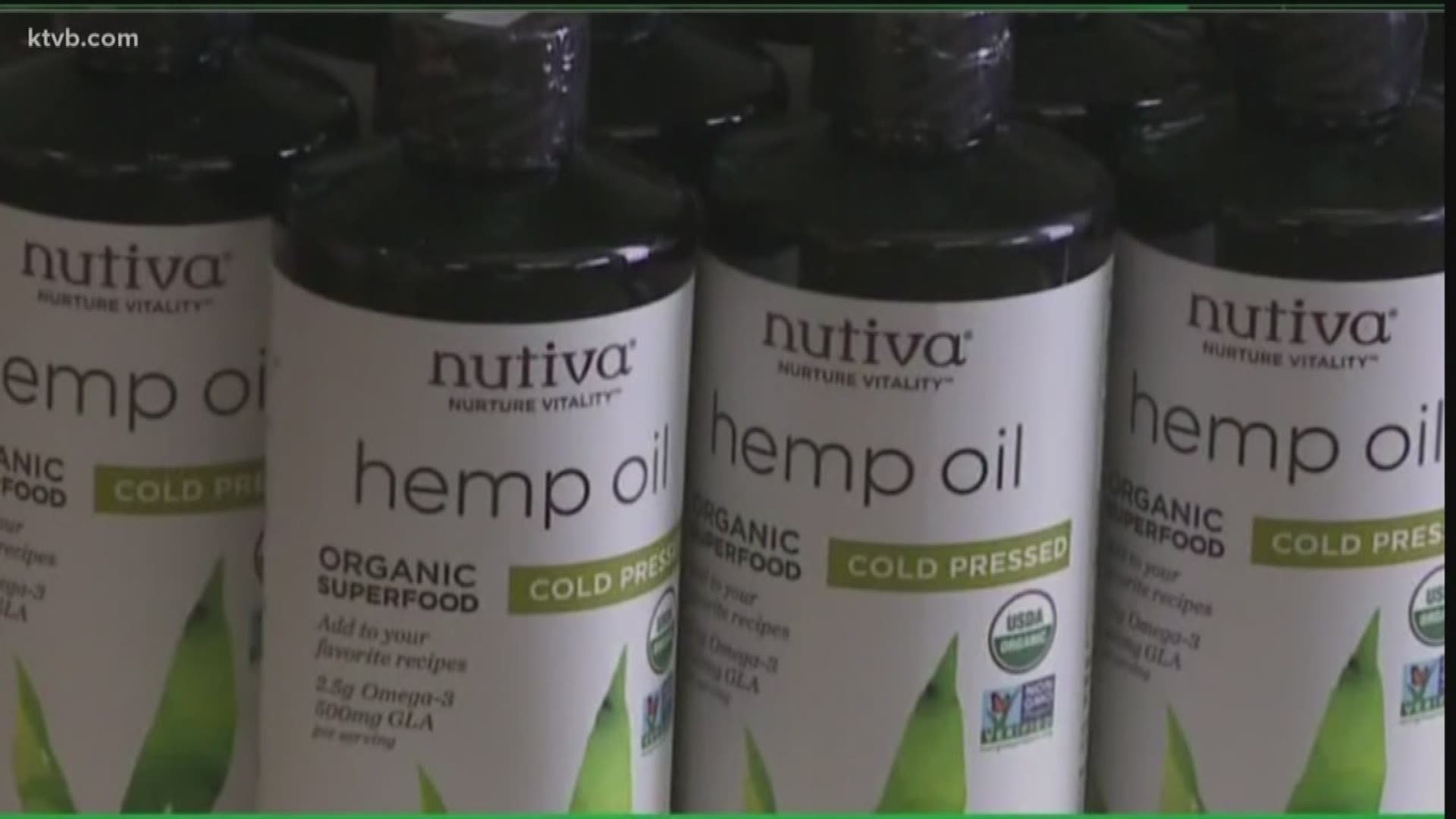 It has gained popularity in recent years as a way to treat various medical issues including seizures.

And while it comes from the cannabis plant, CBD oil usually only contains trace amounts of THC, the psychoactive compound in marijuana that gets users "high."

CBD oil that contains less than .3 percent THC is legal under federal law, allowing for the substance to be sold online.

RELATED: Does CBD oil work? Here's how it can relieve pain through a spray

So, what does that mean if you're buying it in Idaho?

"The answer is yes, you are breaking the law, so you will be running a risk when you purchase these items online and they actually do contain THC," said Lieutenant Colonel Sheldon Kelley with Idaho State Police.

Kelley says if you're caught with CBD oil it’s treated the same as pot, which states anything under three ounces of marijuana is classified as a misdemeanor in Idaho, carrying a potential penalty of up to a year in jail, a $1,000 fine, or both

Smaller amounts can result in a citation.

Kelley added that the retailers, in Idaho or not, are also breaking the law.

"If it contains THC and you are shipping that product back into Idaho then the company is breaking the law as well," Kelley said.

There are some CBD oil products that claim to have zero percent THC, but Kelley says it's still a risk.

"That industry is not regulated and so what it says on the bottle is not necessarily what's inside," Kelley said. "So, it could say it contains THC and actually doesn't or it could say it doesn't contain THC and it does."

So far, there are no bills in the Idaho Legislature concerned with making CBD oil legal in the Gem State, but Democratic Sen. Grant Burgoyne says his bill aimed at legalizing hemp could pave the way for CBD oil.

"I'm not planning a CBD oil per se, however, the change in federal law to permit the cultivation and processing of hemp, gives Idaho an opportunity to legalize hemp under its own law," Sen. Burgoyne said. "If we do that then we can have the opportunity to have hemp-based CBD oil in Idaho."