Canyon County Sheriff Kieran Donahue found himself not in the middle of - but behind - a major national news story Wednesday. 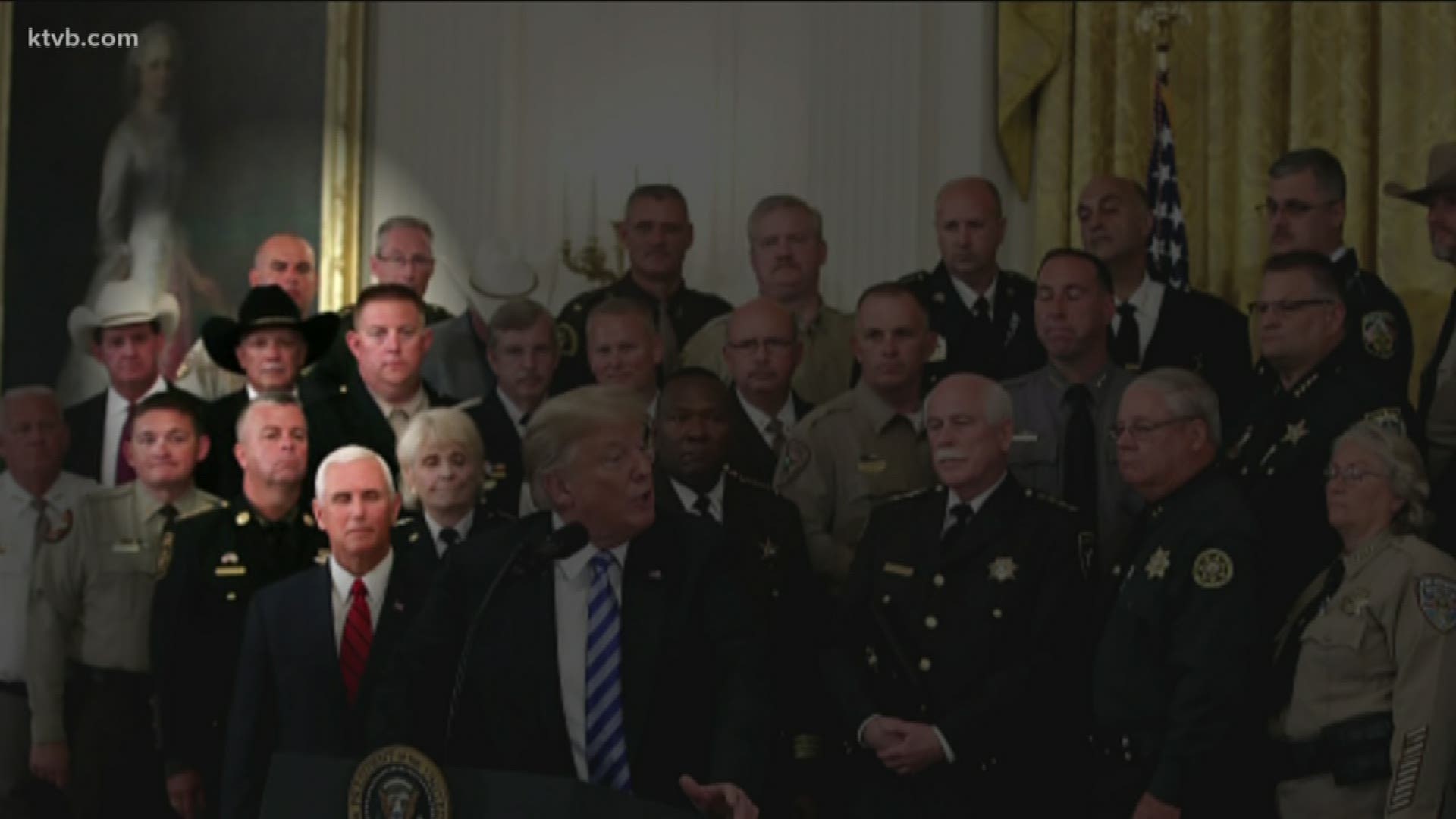 WASHINGTON, D.C. — Canyon County Sheriff Kieran Donahue found himself not in the middle, but behind, a major national news story Wednesday.

As President Trump stood before a group of White House reporters in the East Room of the White House, Sheriff Donahue was among a group of sheriffs standing behind the president, listening as he blasted an anonymous and highly critical op-ed purportedly written by a senior White House official.

Donahue tells KTVB he had no idea he'd be in the background of a story appearing on every major news outlet in the country.

"We were taking the photo and presenting him the plaque and then the rest of it happened," Donahue said.

Donahue is referring to when the president began speaking off the cuff to gathered cameras, criticizing the New York Tmes for publishing the anonymous op-ed. The New York Times called it a "rare step" to publish an anonymous essay, but says it did so to protect the author and "to deliver an important perspective to our readers."

"So if the failing New York Times has an anonymous editorial, can you believe it, anonymous, meaning gutless, a gutless editorial," Trump said.

The op-ed is highly critical of President Trump, saying some senior officials are working as resistance in the administration to "frustrate parts of his agenda and his worst inclinations."

Donahue was among more than 40 members of the National Sheriffs Association meeting with administration officials on illegal immigration matters and to urge Congress to act on pending legislation to increase border security.

"You saw what happened," Donahue said. "He spoke his mind on the matter and again turned back to the sheriffs on numerous occasions and we were very supportive of what he had to say."

Earlier, Donahue and the sheriffs participated in a roundtable discussion at the White House with administration officials and policymakers.

"The purpose of this visit is to express the urgency of Congress passing legislation immediately on the security aspects of immigration reform," Donahue said. "We need to come up with a process for people to come to our country legally and secure that border."