Boise State is back in black: The Broncos bring back their black uniforms

After ditching their black uniforms in 2017, the Boise State Broncos are officially bringing back their blackout uniforms with a few upgrades. 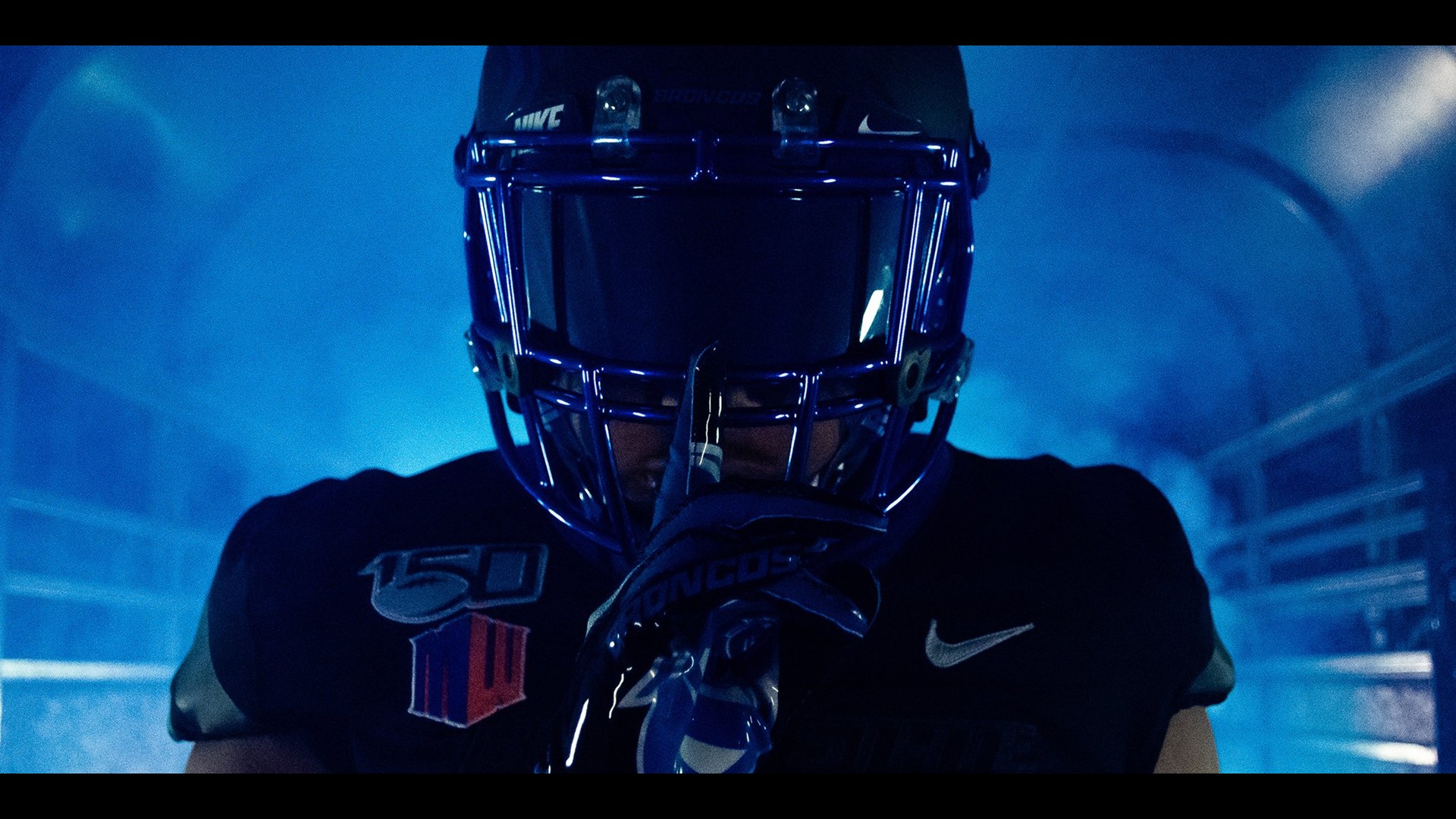 BOISE, Idaho — It has been almost three years since the Boise State football team last wore their all-black uniforms. On Monday, the university officially announced they're back in black.

Boise State unveiled their new look just a couple of days after they strongly hinted at the return of their all-black uniforms on Twitter, last Friday.

The Broncos initially debuted their all-black uniforms back on Oct. 20, 2012. Players and coaches raved about them following a 32-7 victory over UNLV on The Blue.

The last time the football team wore their black uniforms was against San Jose State on Nov. 5, 2016. The last time they donned their black helmets was three weeks later in the final game of the regular season against the Air Force Falcons in a 27-20 loss.

This is the first time since 2017 that Boise State has added to its uniform collection. Prior to that season, the university worked with Nike to overhaul their design. At the official unveiling, the Broncos went exclusively with their traditional color combinations of blue, orange and white.

According to the university, the process to create the black uniforms started in the summer of 2017 in a collaboration with Nike. The updated black uniforms include the current Broncos' uniform of two stripes on the shoulder, which represent speed and power. The stripes on the uniforms are reflective gray to serve as an accent to the black. The jersey numbers are outlined in blue.

The uniforms also have a blue-collar, with Blue Collar printed inside the back of the collar, continuing the theme from the Broncos' last uniform update.

The university also said that the new matte black helmets went through a new dipping process and now include a chrome blue Bronco logo on the side, which is now a permanent part of the helmet and not a sticker decal.

For the first time, the Broncos will also have a blue chrome face mask.

So, when will the Broncos wear their new black uniforms?

Boise State confirmed that the new uniforms will debut during the scheduled  "blackout" theme against Air Force on Sept. 20. Boise State announced the blackout game back in June when they finalized the fan color schemes for the 2019 season.

The uniforms will be available for purchase at the BroncoShop or at BroncoShop.com.