The City of Trees has claimed another top spot in a national list - but don't expect to see this one printed on any visitor's brochures. 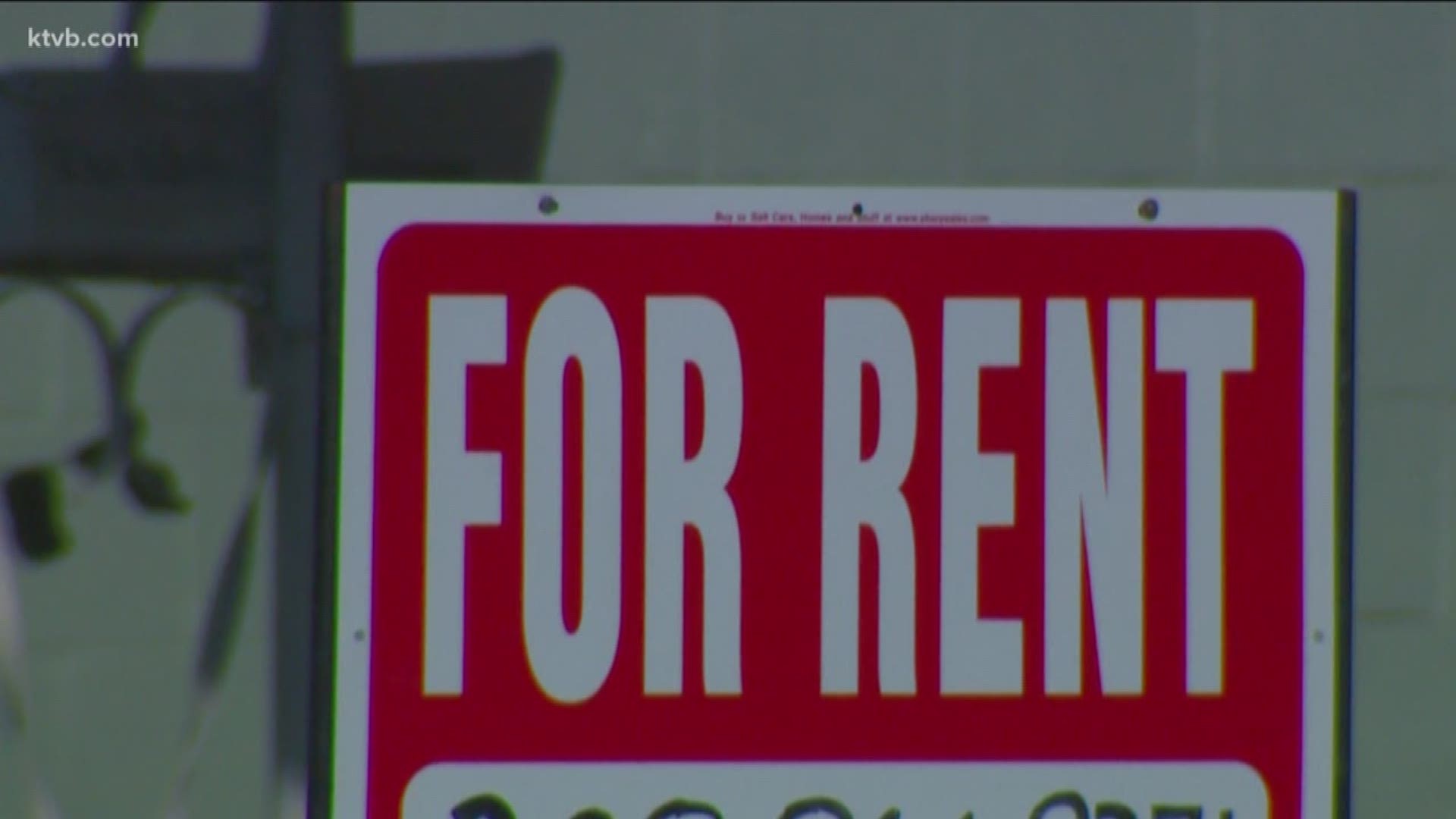 BOISE, Idaho — The City of Trees has claimed another top spot in a national list - but don't expect to see this one printed on any visitor's brochures.

Boise came in 5th among U.S. cities for rent increases, with an average one-bedroom apartment seeing a rent increase of 14.4 percent in just one year.

According to the report by Apartmentguide.com released this week, the average one-bedroom apartment in Boise now rents for $1,062. Two-bedroom apartments cost an average of $1,344 per month, a meteoric 20.2 percent rise in just one year.

RELATED: Seniors among many feeling frustrated by lack of affordable housing

Rental prices, coupled with a general low vacancy rate for apartments city-wide, have created an affordable housing crunch that many Boise residents have grappled with first-hand. The report said the influx of people moving to Idaho and its capital city is likely behind the rising rents.

Idaho has topped lists of net population gain for several years, tying with Nevada in 2018 for the title of fastest-growing state in the nation.

But Boise is certainly not the only city where rents can seem painfully out of reach for some residents.

MORE: Yes, many Californians are moving to Idaho. Here are the other states new residents are coming from

Newark, New Jersey topped the rising rents list, with the monthly price of a one-bedroom apartment jumping 17.5 percent to $1,692 in 2018.

Other cities saw a less steep yearly increase, but still sky-high apartment rents. In San Francisco, the average two-bedroom apartment goes for $5,215, while a one-bedroom rents for $3,765. Seattlites pay an average of $2,150 for a one bedroom apartment, while people in San Diego pay $2,300.