Because of concerns stemming from a June rally, leaders say they will gather at a location to be announced Tuesday. 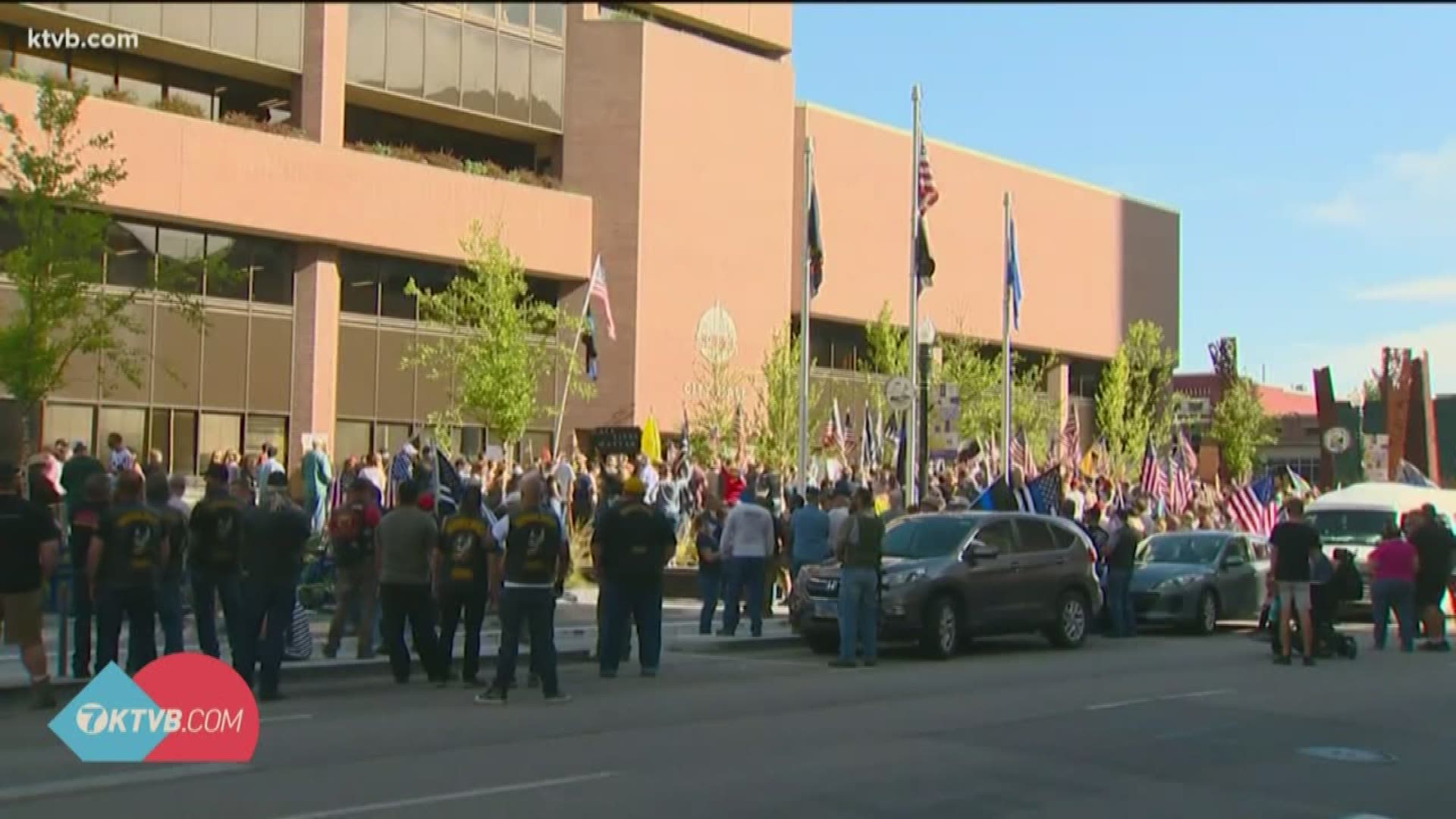 BOISE, Idaho — For weeks, groups across Idaho have had Tuesday, July 21 marked on their calendar for a protest and rally at Boise City Hall. Now, city officials and some organizations, which were supposed to show up at the rally, are asking people to stay away.

Videos from the June 30 protest were shared across social media and showed protesters being punched, while others got into yelling matches. Boise Police later acknowledged that the situation got out of hand. One person was arrested in connection to fights at the protest.

With that and other factors in mind, Black Lives Matter Boise announced during a news conference on Monday that they will not rally at City Hall on Tuesday.

Instead, they will gather at another location that will be announced to their supporters sometime Tuesday. During the news conference online, a Black Lives Matter Boise spokesperson explained the decision.

"As we know local law enforcement has not taken a position whereby, we can feel comfortable in releasing our locations of our rallies. We've taken into consideration the threats but also the encouragement. We have decided for our location to be opposite of that of City Hall in the coming week. However, we are engaging in a rally tomorrow. Stay tuned to our social media accounts: Twitter, Facebook, and Instagram for details. We cannot trust law enforcement to protect black, brown, and white bodies that have come to our aid," the spokesman said.

Last week, KTVB sat down with the new Boise Police Chief Ryan Lee for his first interview. KTVB asked Chief Lee about people or groups in the community who feel the police are not interested in protecting them and their message. Lee said that protecting people's First Amendment rights is Boise PD's main priority.

“Every member of this police department, every sworn member, took an oath to support and defend the Constitution, not just of Idaho, but the United States. Enshrined in the Constitution is your First Amendment right," he said. "There's nothing more important to a police officer than their word and their integrity. We took that oath, we intend to uphold it, we will do everything we can to protect people's First Amendment rights. It's vital to the health of our republic. And we'll do everything we can to protect it.”

"We have heard loud and clear in the last protests at city hall that the public wants more police presence, and swift action to violence and the destruction of property to ensure safety and peace and tranquility in our city," Lee said.

Despite BLM Boise saying they'll be at another location, many other groups are still expected to show up at City Hall.

With that in-mind, Boise Police will have a significant presence downtown Tuesday.