This unique hotel is now taking reservations on Airbnb. 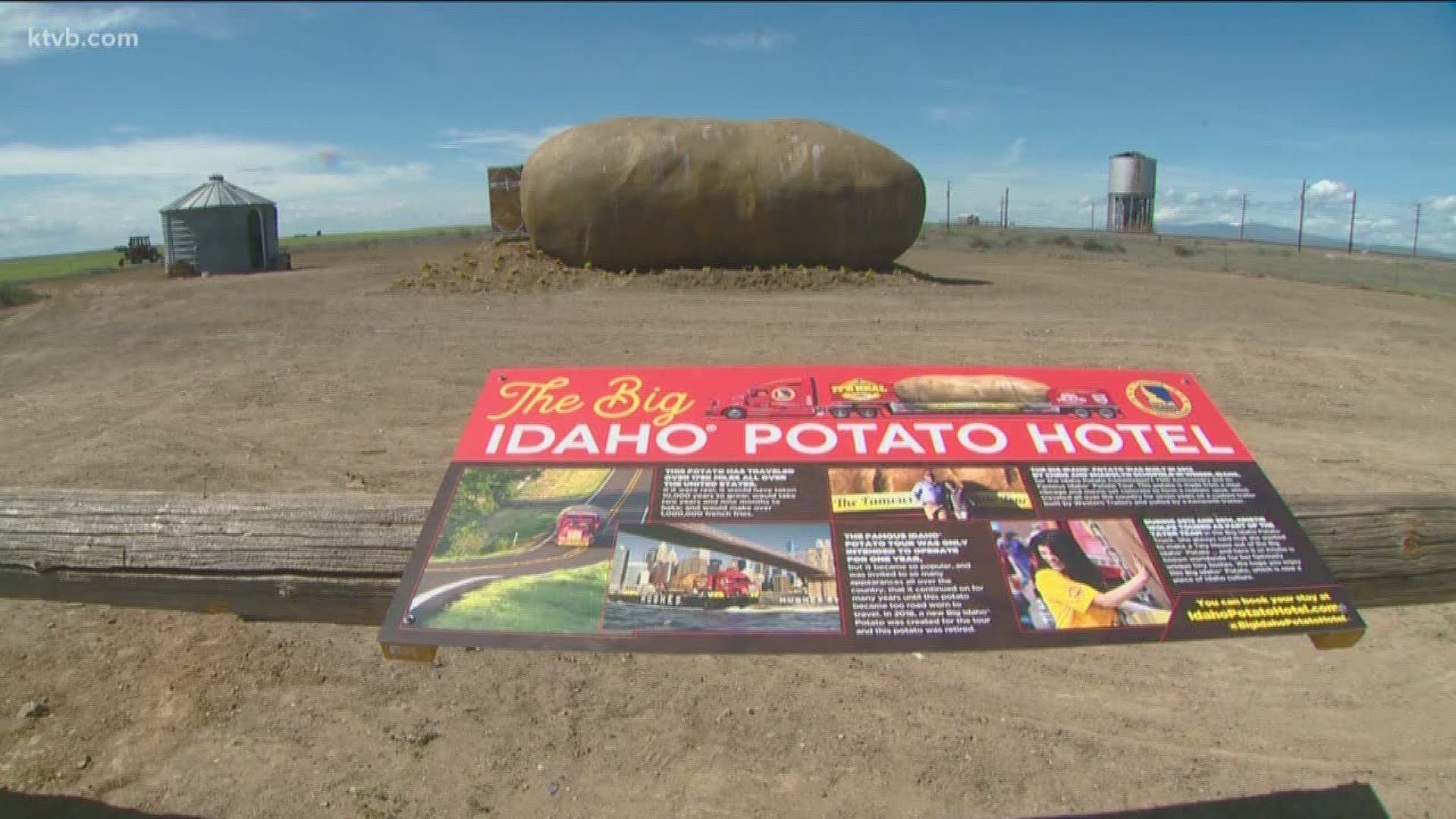 How about a 6-ton spud made of steel, plaster and concrete?

The massive potato that was once the centerpiece of the Idaho Potato Commission’s 75th anniversary is now a hotel in south Boise that has breathtaking views of the Owyhee Mountains.

The replica Russet Burbank used to be bolted to a flatbed trailer and traveled around the country from 2012 to 2018.

The 28-foot long, 12-foot wide and 11.5-foot tall potato was originally built for a one-year tour.

After the Idaho Potato Commission retired the giant spud, Kristie Wolfe, a tiny house builder, got to work transforming the potato into an eco-friendly hotel.

"When Kristie presented her vision for the potato, the IPC unanimously agreed to donate it to her. Based on the success of her other tiny houses we had no doubt the Big Idaho Potato Hotel could eventually become one of the biggest attractions in Idaho, further promoting the state's most important agricultural commodity," explained Frank Muir, President & CEO, Idaho Potato Commission.

Officials say the Big Idaho Potato Hotel is energy efficient, air-conditioned and can now be reserved on Airbnb. Available dates start in June.