The bill would ban people from using hand held personal electronic devices, like cell phones and tablets, while driving. 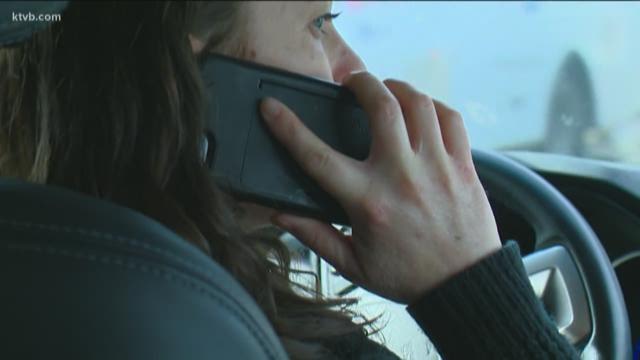 BOISE, Idaho — A bill is in the works in the state senate that would require drivers to drop their phones before they hit the roads.

The bill would ban people from using hand-held personal electronic devices, like cell phones and tablets, while driving.

Lawmakers proposed similar legislation last year. The bill failed, but this is a little different.

“Last year's bill, the definitions were written in a way that could be interpreted that your whole car could be a mobile device,” Sen. Rice said. “So, it needed to exclude things built into the car or things intended for use as a hands-free device.”

This year's bill would also make the ban statewide, regardless of a city ordinance.

“We don’t want our citizens to be driving and having to change which definition because they went across an arbitrary line,” Sen. Rice said. “You need a uniform definition so people know what to expect.”

It would also affect drivers wearing headphones or earphones.

“You can only have one in one ear, you can’t have it in both ears while you drive because you need to be able to hear what's going on,” Sen. Rice said. “If you want to text or call or use their iPad, look something up, punch in an address manually, pull over, park, put it in so you can focus on driving.”

“All of the citizens have a right to travel on the roads, you have to have rules, so it can be done safely,” Sen. Rice said. “Freedom only exists if there is a rule of law and your laws are appropriate and tailored to what's really going on to protect everyone and that's what this does.”

First-time offenders would be fined $50. A second-time offense would be a $100 fine and $200 for the third. Those fines could also double if you hit someone while using your electronic device.

If this became law, drivers would still be allowed to use hands-free devices or GPS.

The bill still needs to have a hearing in the Senate. If it passes and becomes law, it would go into effect on July 1.