After 3 straight 40-win seasons, Idaho Steelheads' head coach moves up to the AHL

The Idaho Steelheads appointed Neil Graham as the youngest head coach in franchise history four years ago and now he is joining the AHL's Texas Stars. 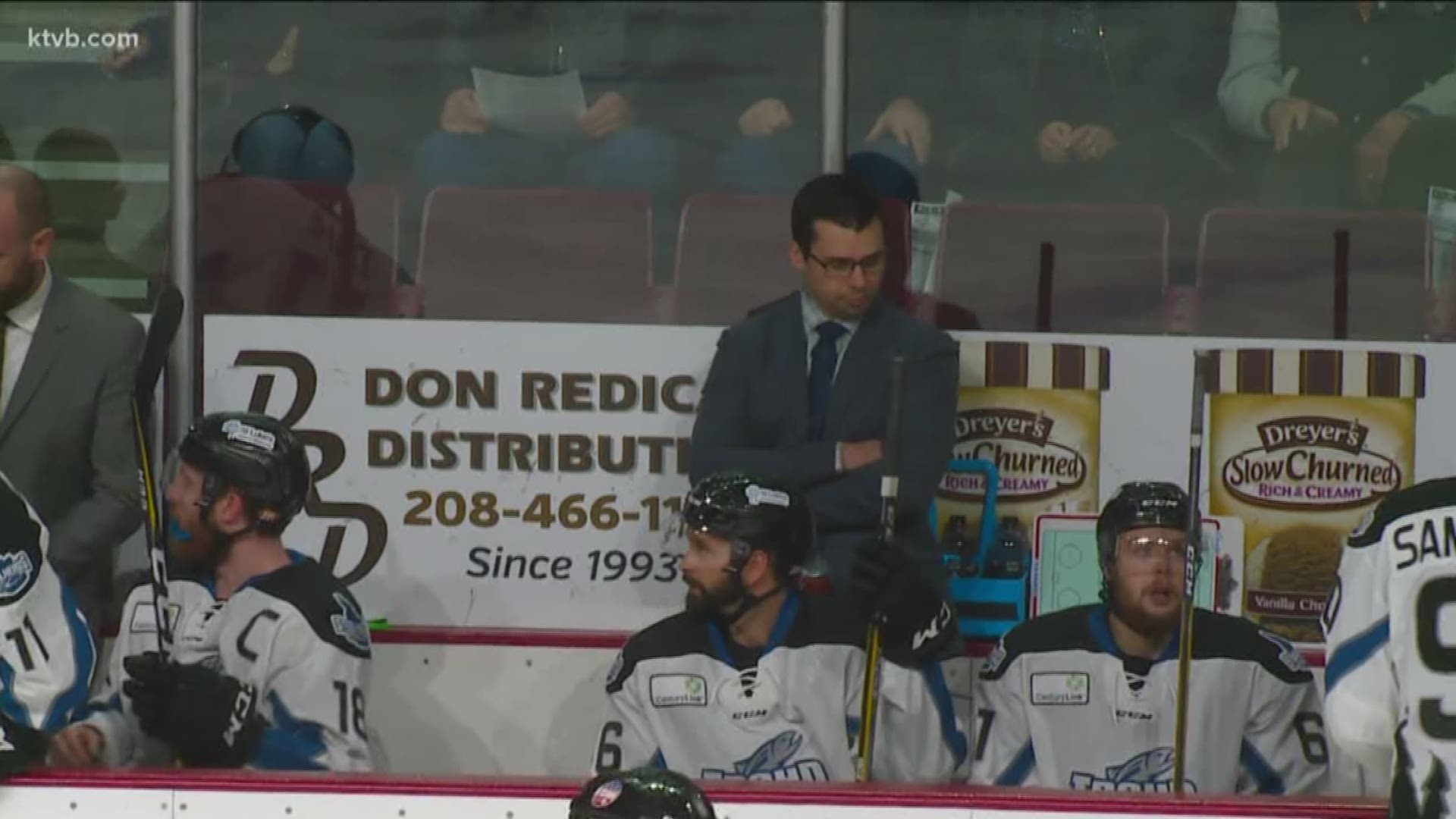 BOISE, Idaho — Neil Graham, the Idaho Steelheads coach for the last four seasons and the youngest head coach in franchise history, is leaving Idaho to join the coaching staff of the AHL's Texas Stars.

Idaho has made the Kelly Cup Playoffs for the last four years under Graham, with three straight 40-win seasons. Graham also led Idaho to the Mountain Division Finals the last two years.

Graham is joining the Stars, the AHL affiliate for the Steelheads, as their new assistant coach. For him, moving up in the coaching ranks is bittersweet for him and his family.

"This organization took a chance on me as a young coach and to have an environment and a culture where you're given an opportunity for growth and a chance to learn from some of your failures, I couldn't be more grateful for the opportunity I was given here in Idaho and it's always going to have a special place in our heart," he said.

One of the toughest parts of the promotion for Graham will be saying goodbye to all of the close friends that he's made since he started with the Steelheads in 2012.

"That's going to be tough, we were actually at a park last night with our son and we were kind of reflecting a little bit and looking at the foothills," he said. "And it was about 90 degrees and no humidity and we were saying, 'Wow, what a nice evening and we've made a lot of good friends here and a lot of good memories.'"

The Idaho Steelheads general manager, Eric Tapp, says Graham has earned this new coaching position and the Steelheads will miss him.

"Excited for Graham, I think he's earned it, he's family," he said. "It's been seven years and I'm going to miss his positive attitude that he brought to work all the time and his hard work."

The search for the next head coach for the Steelheads will start immediately.

One name to keep an eye for will be Graham's top assistant - Everett Sheen, who's been on Idaho's staff since 2016.