17-year-old Gavin Spears loves fire trucks, and the firefighters at Meridian Station 1 love Gavin. The teen visits the fire station whenever he can, and he's welcomed with open arms. 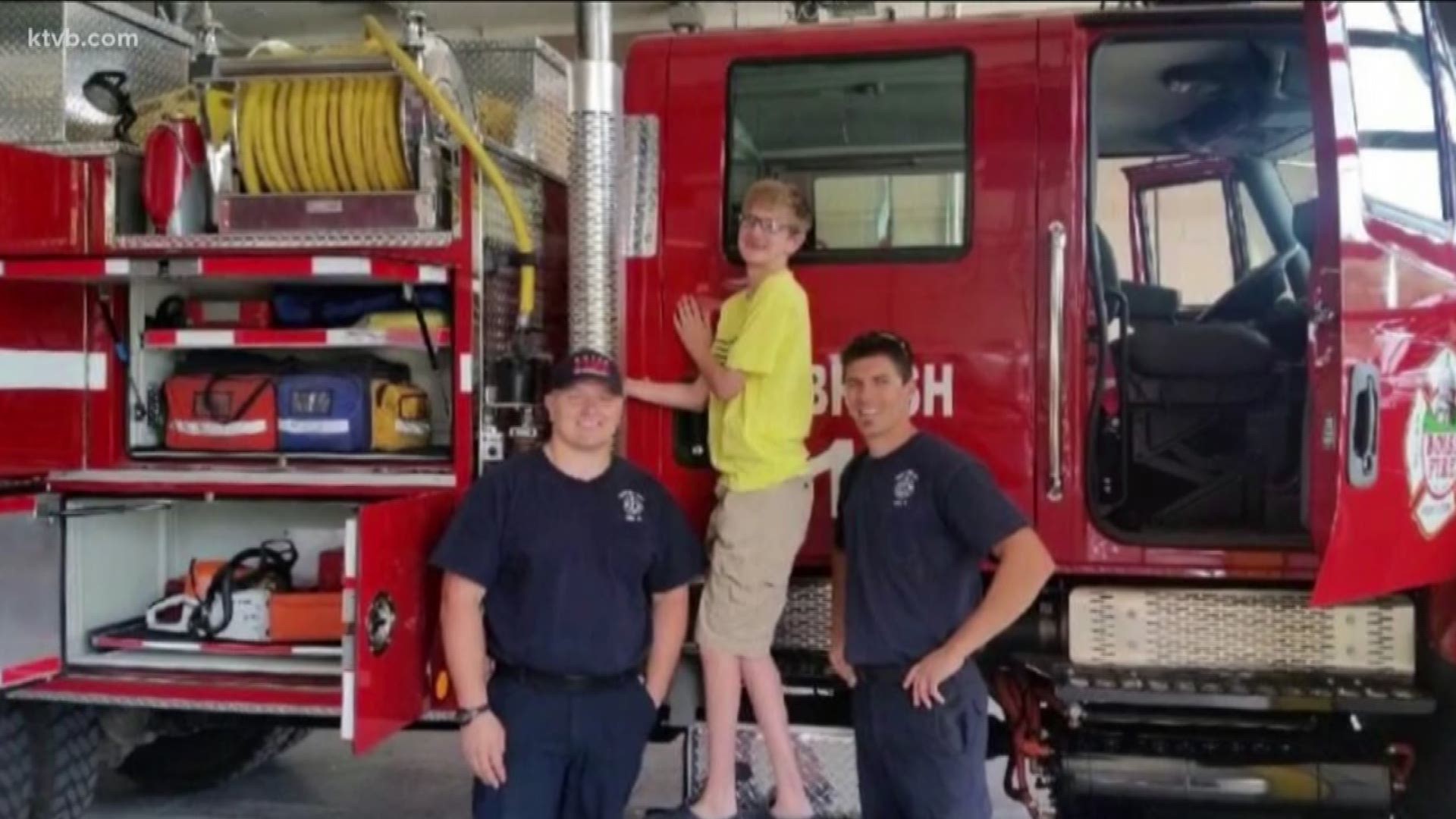 MERIDIAN, Idaho — 17-year-old Gavin Spears has a love for fire trucks. He also just happens to have autism. This past summer, Gavin started visiting firehouses in Meridian, and Fire Station 1 on Franklin Road is one of his favorites.

Captain Mike Zumwalt of Meridian Fire says he was welcomed from day one.

"On an evening we were on duty, I got a knock on the door, and we all head over there and it was Gavin and his grandmother," Zumwalt said. "They had stopped by to show Gavin the firehouse."

They soon found out, Gavin has been a fan of this firehouse for quite some time.

"This was their routine on Wednesdays, they go get Taco Bell and park across the street and they watch to see what we're going to do. So, of course, we're like come in, make yourself at home and look around and everything. It was awesome, it was so fun to watch him light up. We'll drop everything to have someone like that drop by to look around," Zumwalt said.

For months now, Gavin has been making regular visits to see this fire crew and the fire trucks. Gavin's mom, Holli Spears, says he has a fascination with the trucks.

They recently did something special for him.

"It was unbelievable because we got a call, they said come to dinner, we have a gift for Gavin", Holli said.

Captain Zumwalt and the other firefighters made dinner for the Spears family and pitched in on a beautiful framed print of the firehouse for Gavin. His reaction was even better than they expected.

"He took the picture and hugged it like an old relative that he hadn't seen in a long time, it was awesome", Zumwalt said.

Gavin's mom says the Meridian firefighters are heroes in more ways than they know.

"It meant the world to us. I can't even explain it. Such a huge blessing," Holli says.

"Every fire station we have been at, which is a lot of them and especially the guys here and at station 14, they have just embraced Gavin and they have just accepted Gavin," Holli said. "And they have just made us so welcome and makes me feel as a mother that my kiddo is accepted and a part of a community that's looking out for him and that is huge for us."

Captain Zumwalt says that goes both ways. Gavin will always have a home at Fire Station 1.

"It's things like this that we'll take with us for the rest of our lives, this is going to be a thing that will stick."