2020 Census: Everything you need to know

The U.S. Census happens once every ten years, but the Supreme Court faces a big decision on the one for 2020. 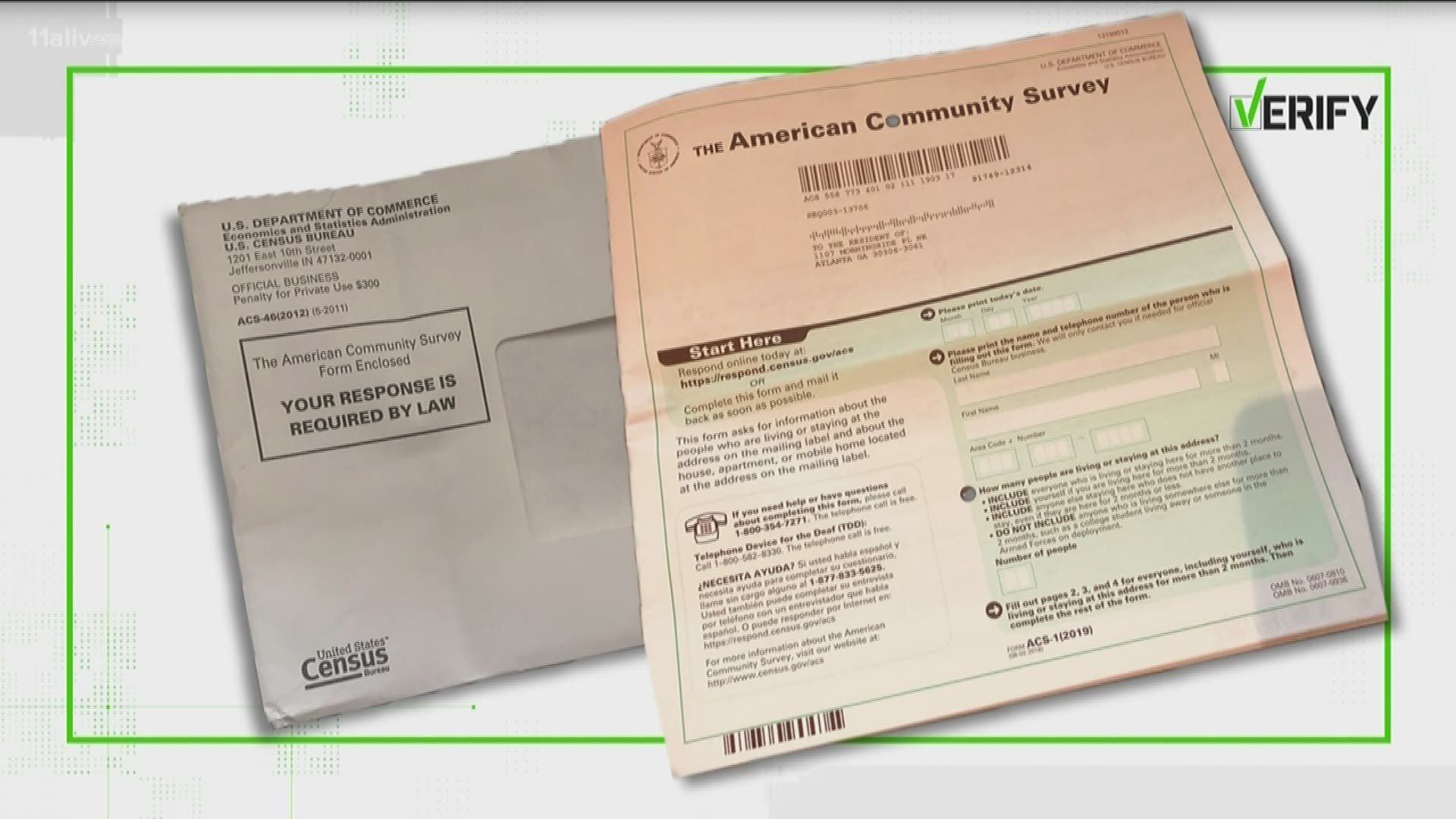 The next U.S. Census won't happen for another year, but it's already been a hotly debated topic. The Trump administration wants to include a citizenship question on next year's census. The question has been caught up in litigation in federal courts, where lower courts have ruled that the question violates federal law and the Constitution.

The Supreme Court is set to decide whether the question will be included in the 2020 Census. Trump tweeted Monday that the census would be "meaningless" without it.

Regardless of whether the question of citizenship will be included, the U.S. census is an important process that takes place every 10 years. Accurate population numbers shape how tax dollars are used across the nation, the number of congressional seats each state gets, the number of Electoral College votes each state gets, school funding and countless other logistics.

“Data literally shape the future of your community," said Census Bureau director Dr. Steven Dillingham in a statement. "That’s why it’s so important that everyone understands that responding to the 2020 Census is safe, easy and important,”

The census has been conducted once a decade since 1790. Each census has included a varied amount of questions. Before the 2020 census begins, here's everything you need to know to prepare:

When does the census start?

Census day is April 1, 2020, but it technically officially starts on Jan. 21, 2020 in Toksook Bay, Alaska. The census begins earlier for remote areas of Alaska because the areas are usually hard to access after the ground thaws. Additionally, residents living in these areas often leave during the spring to fish and hunt and find warm-weather jobs.

Most families can begin filling out their forms mid-March, when census documents are mailed.

How do you take the census?

The 2020 census will be the first in history that is available online and by phone. Traditional paper forms will still be available. In rural areas, like certain parts of Alaska, census workers will reach out in person via unique modes of transportation such as bush plane, dogsled and snowmobile.

Census workers will also knock on doors to conduct interviews.

Who can take the census?

The U.S. census includes every living person in the U.S regardless of citizenship and immigration status. People who are visiting the country on vacation or for work are not counted in the census. Residents are counted at the address where they usually live and sleep, even if they are currently on vacation, traveling outside of the U.S. or working elsewhere.

The Census bureau also has guidelines for counting residents with unique living situations such as deployed troops and college students.

What is on the census?

Every census is slightly different, but for the most part the 2020 census questions will be similar to recent ones. It will ask basic questions like:

The newest census will include new relationship categories that allow couples living together to identify as same-sex or opposite-sex.

What is the citizenship question controversy?

The Trump administration wants to include a question that asks residents to identify whether or not they are a citizen of the United States. The question has been asked before, and was first introduced in the 1820 census. Since 1820, the question of citizenship has appeared in the 1830, 1870 and 1890 census.

A federal judge in New York rejected the idea of putting the question on the census for 2020, and the Supreme Court will make a decision on whether or not it will be included. The Court will deliberate in late April and are expected to make their decision in June.

Critics of the citizenship question say that asking residents their citizenship status in the current political climate would discourage non citizens from participating, leading to inaccurate results.

RELATED: Supreme Court to decide if 2020 census can ask about citizenship

What languages will the census be given in?

Additionally, glossaries and video guides will be available in 59 non-English languages as well as American Sign Language, braille and large print.

When do the results get released?