The explosion happened at about 7:30 a.m. on Murray Street, just off of Chinden Boulevard. 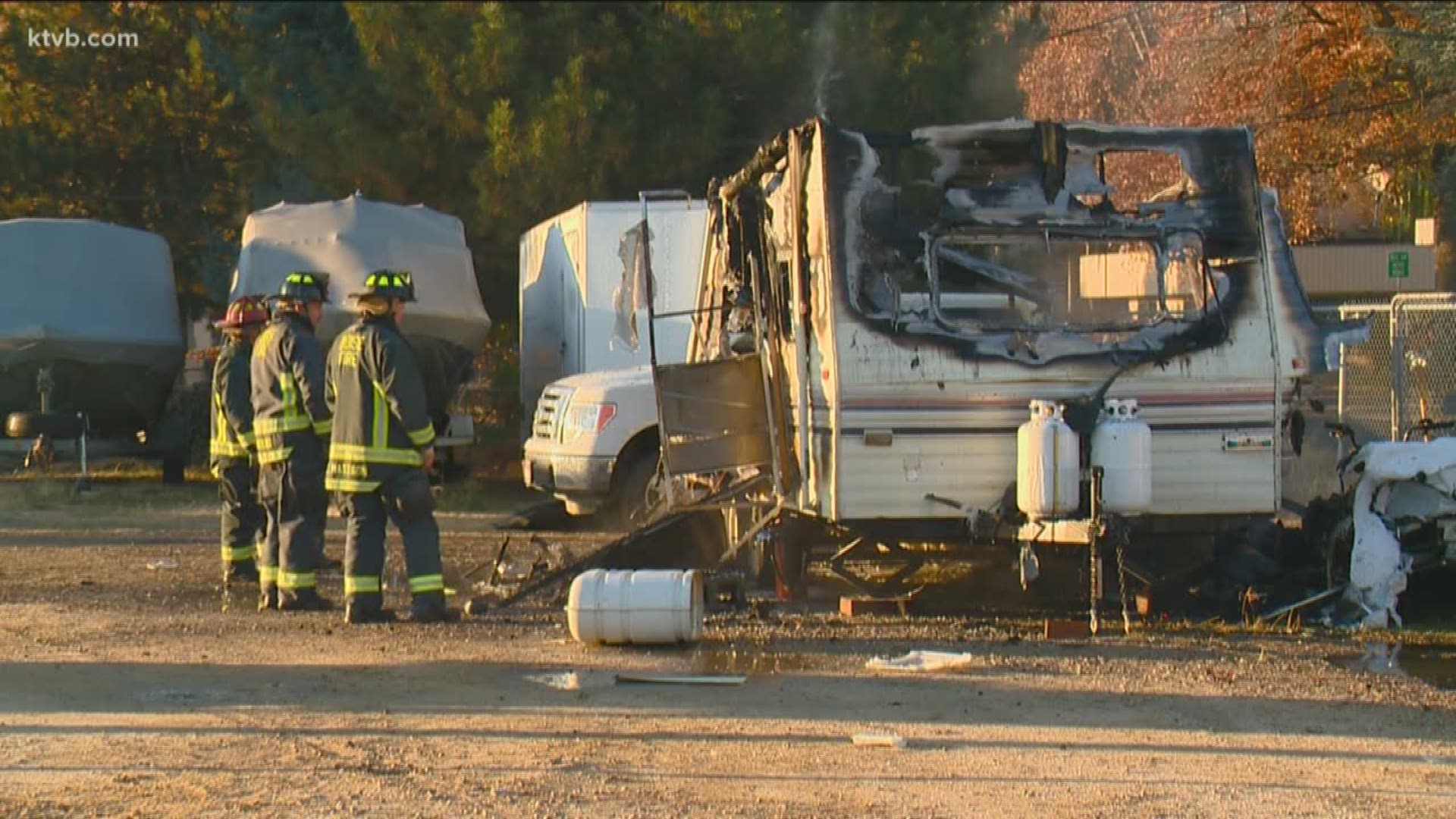 GARDEN CITY — A couple was hospitalized after their travel trailer exploded in Garden City Monday morning.

The explosion happened at about 7:45 a.m. on Murray Street, just off of Chinden Boulevard.

Mark Harris, who owns a screenprinting business across the street from where the trailer was parked said he was sitting at his desk this morning when he heard the explosion.

"I looked out the window and saw the smoke and a little bit of flames," he recounted.

Harris dialed 911 and ran across the street, hoping no one was inside the burning trailer. Then he saw a woman climb out.

"She came stumbling out, second-degree burns on her face," he said.

A man was still inside, searching for the couple's dog. Even as the flames grew, he refused to leave, Harris said.

"He would not come out. There were a lot of flames in there," he said. "I went in and explained to him, 'we have to get out of here' but he wouldn't come out. He obviously loves his dog."

The man burned his hands trying to extinguish the flames as he searched through the trailer. Finally, Harris persuaded the man to leave - just in time, he said.

"I got him out, and shortly after that there was another explosion, and it just totally went up in flames," he said.

"We were able to get a fairly quick knockdown on the trailer, but as you can see, trailers burn fairly rapidly, so it's going to be a total loss," Rasulo said.

The explosion tore a hole in the side of the RV, and the interior was left blackened and charred.

The man and woman were both taken to the hospital by ambulance with "minor" burns, Rasulo said. Their dog died in the fire, Boise Fire confirmed.

According to Harris, the couple had parked their travel trailer on property belonging to a friend or relative, but they typically only stayed there in the summer months.

Investigators with Boise Fire determined that a propane tank inside the trailer caused the explosion. Fire departments often deal with an increased number of fires as cold weather sets in and people turn to alternative heating.

"It's a good time to check smoke detectors, make sure everything is working appropriately - CO detectors as well," Rasulo said.

The Burnout Fund and the Red Cross is assisting the couple. A relative of the victims has also set up a GoFundMe account to raise money for them.