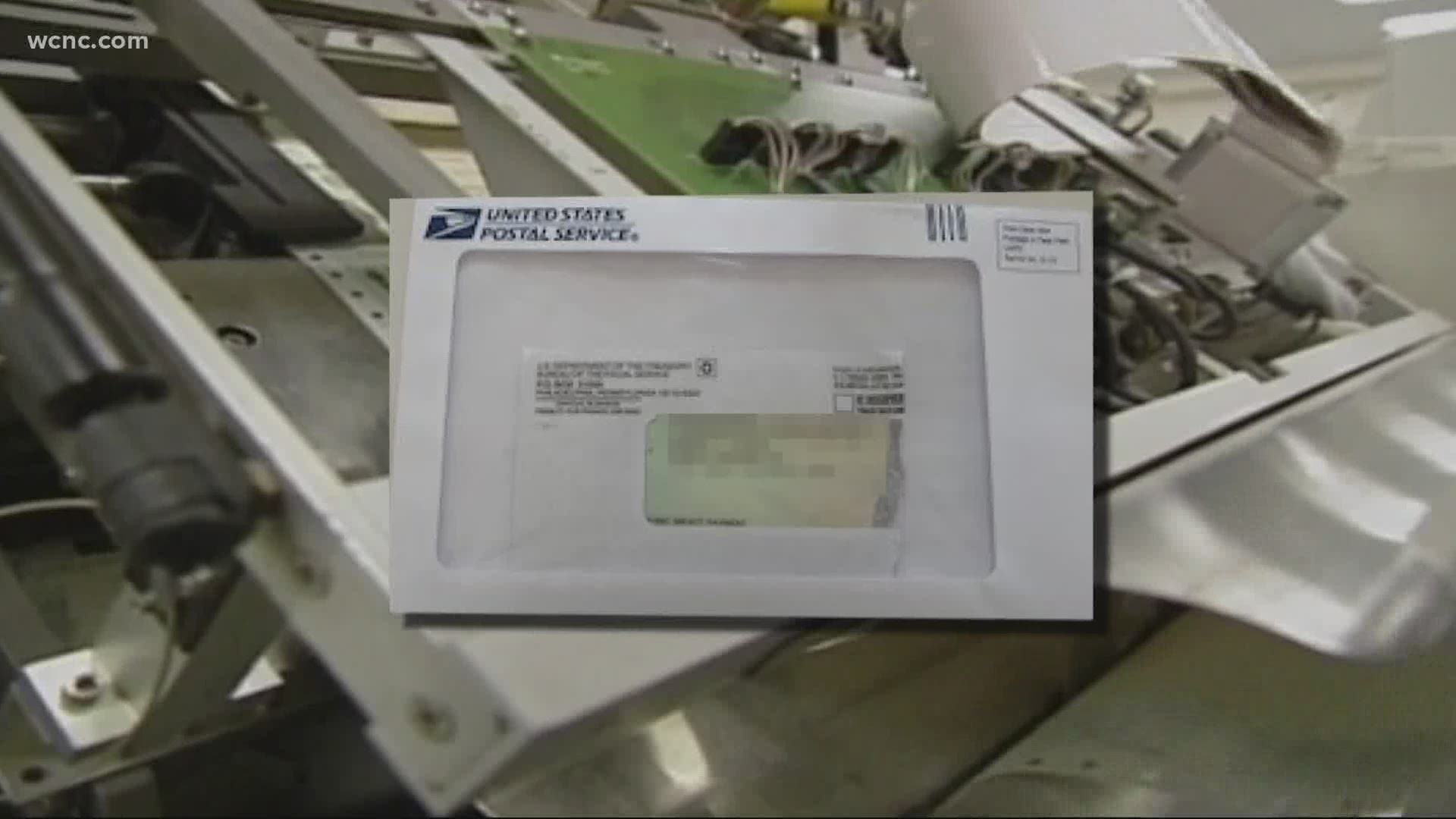 Thornal says she brought the ripped check back to the Fort Mill post office.

“They said they had just helped another man two people prior to me that had the exact same thing happen," she recalled. "They instructed him to just mail it back and a new check would be cut for him.”

So that’s what Thornal did, too.

“I was able to track it, they received it the 18th of May and I’ve seen nothing since.”

She says she also had no luck getting an update through the IRS website or phone line.

“I called several times and sat over two hours waiting for someone to come on the phone," she said. "Nothing."

That's when Thornal says she decided to reach out to our WCNC Defenders team.

“I'm reaching out to you because I saw it on the TV and I thought, well maybe they can help.”

The WCNC Charlotte Defenders team instructed Thornal to call the IRS line at 800-919-9835 to connect with an IRS representative, who was able to pull up Thornal's information and confirmed a new check would arrive in 6 to 8 weeks.

Not ideal for Thornal, who says she's been out of work since the start of the pandemic.

But she says she’s glad she at least has an answer now, and knows it’s coming.

If you're having issues with unemployment or your stimulus payment, email our defenders team at thedefenders@wcnc.com

RELATED: 'I thought it was junk mail' | Stimulus debit cards don't look like you think they would