We talked with an energy analyst to find out if the downward trend in gas prices will continue and how this drop in driving will impact the state. 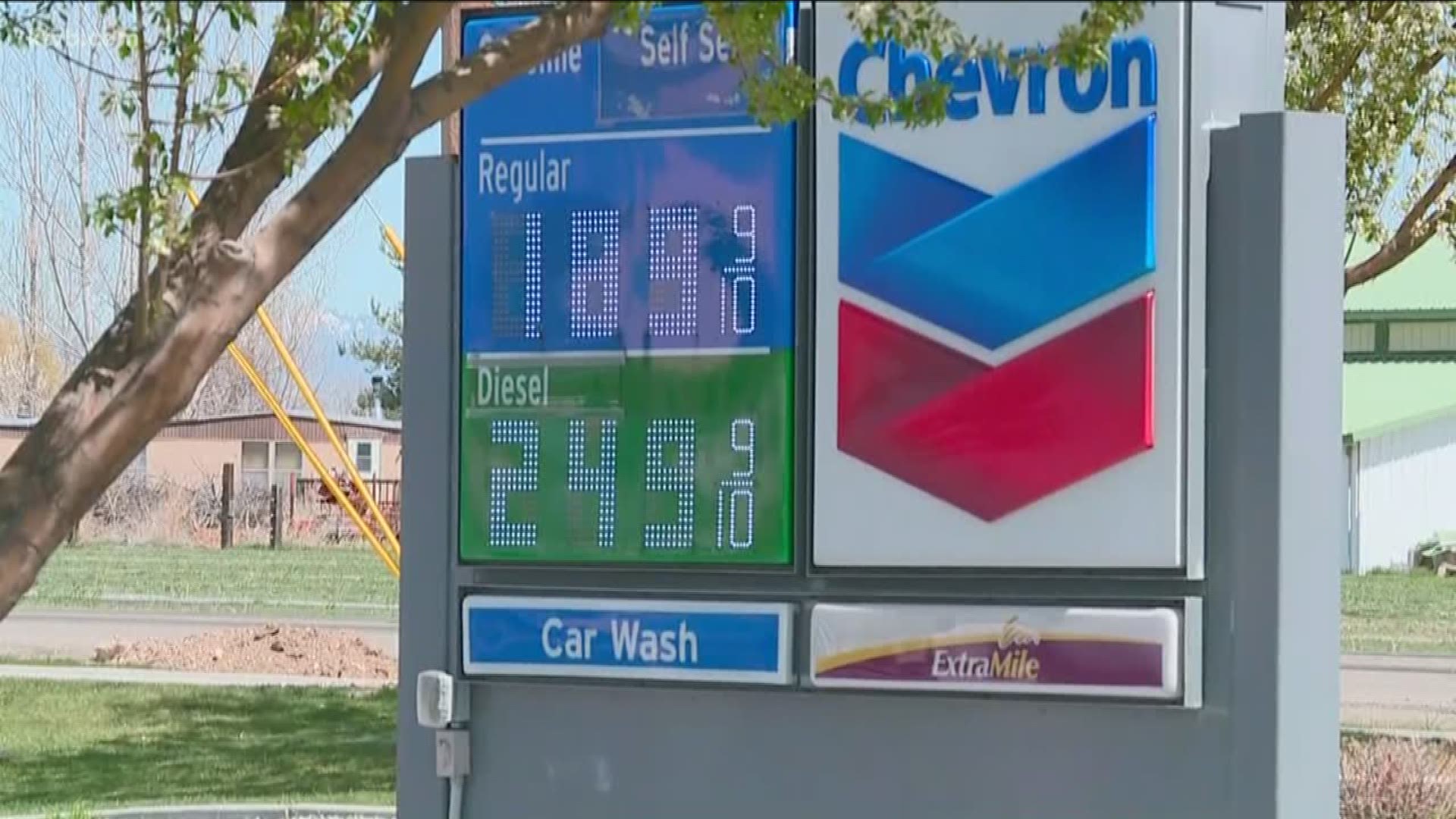 Last week, it was trading at minus $34, meaning oil producers were paying to have it taken off their hands.

That’s one of the reasons gas prices around the country and in Idaho continue to fall.

Combined with the fact the oil storage tanks are full due to the fact that driving and flying are way, way down.

But now that the state is about to begin the slow process of reopening and driving will soon follow - will Idaho's current $1.82 per gallon average price begin to rise?

And, how much will your household save this year by the drop in driving?

Those are just a couple of the questions Dr. Richard Denne, the Director of the Energy Institute at Texas Christian University has been analyzing.

KTVB asked him if he see gas prices in Idaho continue the downward trend.

"Idaho's gasoline is mostly coming out of Salt Lake City and is refined in Utah and Wyoming, so that’s basically where the prices are going to be set there, as their product gets put into the pipelines and shipped into the Boise Valley. The price for base gasoline is going to be more of a U.S. market, and so as product still builds up those prices will still drop, even though consumption in Idaho goes up,” Denne said. “Eventually though, the rest of the U.S. will start to open, as you say, and then we’ll see consumption start to pick up in them as stock drop down. We’ll see prices pick back up by the end of the year. We’re looking at going closer to a little bit higher that where you are right now. So it will probably go a little be over two dollars before the end of the year."

"But, again, you’re saying in the next couple of weeks and months, it’s going to fall by as much and 20 to 25 cents per gallon," asked KTVB.

"Yeah, that’s correct, based on the government’s predictions," Denne said.

"Because of that, you’ve also run the numbers, based on the energy information, agency’s numbers about what Idahoans are going to save predicted for 2020, and it’s fairly remarkable," asked KTVB.

"Yeah, if you look at, going over the average Idahoans last year spent around, the household spent around $3,200 in gasoline. Based on a drop in consumption, and then also the drop in prices, we’re seeing a potential of over a $1,000 - $1,200 per household savings and about $400 per individual for their gasoline expenses. That’s quite a bit for the average family." Denne said.

"That’s great news for individuals and households, it’s not great news for, say, the Idaho Transportation Department which budgeted around $331 million for the taxes from gas and diesel, but they’re going to end up with a shortfall this year based on those numbers. What have you calculated that in the range of?" asked KTVB.

"So based on a yearly consumption dropping in percents in Idaho itself. So they will have a drop of, drop in revenue, that same percentage, so roughly a little over $30 million potentially they could have less than the revenue. Obviously if consumption is more than that, then the drop will be less," Denne replied.

"Typically, you’re in Texas, what happens when transportation departments lose as much as 10 percent of their budget? Something has to give," asked KTVB.

"Right, so you either forego some of the maintenance that needs to be done or if you’ve got any new projects on the books and they’ll also be the first thing they’ll cancel out," Denne said.

He said based on the glut of oil and the storage facilities at capacity the government agency projections are that even at the end of 2021, gas prices will remain significantly lower than what we had in 2019 when the price of regular was right around $3 per gallon.

RELATED: Oil prices: What does it mean when it goes negative?

RELATED: Boise gas station a blast from the past