Ranked: the best seats on a plane for your travel style

Getting the perfect seat on an airplane can be the difference between a great flight and a miserable one. Here's what you need to know. 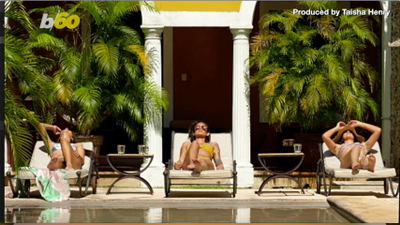 INSIDER SECRET: Families traveling with children will appreciate the extra space afforded by a bulkhead seat.

Getting the perfect seat on an airplane can be the difference between a great flight and a miserable one, especially in coach. But ensuring you get one the best seats on a plane the next time you travel doesn’t have to be left to prayers and wishful thinking.

With the best credit cards for travel, you can earn large welcome bonuses that can get you traveling in style. But many of us like to stretch our points (or cash) for inexpensive coach flights, and that’s where picking the best airline seat makes the biggest impact.

Learning the best seats on a plane for your travel style and priorities will help make your next flight more enjoyable. We’ve done the research so you don’t have to! Here are eight top strategies for getting the best airline seat for your needs.

What Are the Best Seats on a Plane?

It goes without saying that seats in first class and business class are going to be the best in flight. But if you’re flying coach, here are some tips that will improve your journey, regardless of your travel needs.

Here Are the Best Seats on an Airplane

How We Chose the Best Seats on an Airplane

Every traveler is different. Some of us fall asleep before the plane takes off, and others travel with children or struggle with long legs. Or you might easily get airsick or have anxiety about flying. So there isn’t one best seat for everyone.

Best Seat for a Smooth Ride

Turbulence is virtually unavoidable while flying, but choosing a seat near the middle of the plane, over the wing, will make a bumpy ride less noticeable.

The further away you sit from the wings, the more noticeable turbulence will be. If you picture the airplane’s movements in response to turbulence as pivoting around a central spot (the center of gravity), you can imagine folks near the nose or tail will move up and down a lot more than if you’re seated near to the pivot point.

If you have a choice between multiple aircraft on the same route, picking a bigger plane usually means a smoother ride. Heavier airplanes typically react less to bumpy air. Most airline sites display the aircraft type next to the fare prices.

Do you fall asleep before the plane takes off?  If so, you have likely experienced the horror of waking up mid-flight realizing that you are drooling on the nice passenger next to you. Maybe you were rudely awoken so that someone could get out of the row to use the bathroom, or hit in the head by the passing beverage cart.

If you want to snooze, pick a window seat near the front, and preferably on the left side of the plane.

The front of the plane is less noisy, and the left side windows tend to be off-center due to the front door’s positioning. This allows you to rest your head against the column between windows, for a more comfortable rest.

As a tall person, I know the struggles that carrying around extra long legs entails. I have felt the envy of seeing shorter people curl up into the fetal position in their seat, or stretch out their legs all the way in a row.

If you are vertically gifted, you want to try to get yourself a seat in the emergency exit row, preferably an aisle seat. Many planes have two overwing exit rows, and the second row is best because the first exit row will not be able to recline in front of you.

The exit row is often better than a bulkhead row because you can stretch your legs out under the seat in front of you, giving you significantly more space.

It might seem obvious, but Premium Economy seats are also a great option. Most of the time these seats are still available up until boarding. Earning elite status with an airline (even the most basic level of status) will often make it easy to score these upgrades at no cost.

You might have already spent hours on the flight, but sometimes the last 15 minutes while you wait to get off the plane can feel like the longest of it all.

Selecting a seat near the front of the aircraft will mean the quickest time to deplane. If you are flying on a plane with two aisles, choose a seat in the front with access to the left-hand aisle. The plane’s boarding door is always on the left, so that aisle tends to move quicker than the right-side aisle.

Best Seat for the Safety Conscious

Popular Mechanics conducted a study that examined every commercial jet crash in the United States, since 1971, that had both fatalities and survivors. This study concluded that where you sit in a plane actually significantly impacts your chance of survival in the extremely unlikely event of a plane crash.

Of course, flying is still the safest mode of transportation.

Best Seat for Traveling With Kids

If you travel with kids, you know the dread of getting stuck in the center seat, with kids squirming and fussing. Then there are the last second emergencies to the bathroom. It can be embarrassing, but the right seat can make things easier.

When traveling with kids, try to get a bulkhead row. These rows offer extra space in front, so kids can stand up to get the occasional wiggles out (when the seatbelt light is off, of course). This also means kids aren’t bothering the row in front of you, which cuts down the number of glaring looks you get.

The bulkhead seats are also often near (because there are bulkheads further back on some aircraft as well) the bathrooms, making last second bathroom emergencies a bit easier.

Once you have a bulkhead row, it is best to position kids against the window or middle seat (when traveling with two kids), avoiding the aisle seat (or reserving it for yourself). The window is a healthy distraction for kids, and more importantly, it avoids them from being hit by beverage carts, passengers rushing to the bathroom, or tumbling into the aisle.

Traveling with a laptop can often mean you are constantly on the look for those A/C power ports. These are the standard power outlets like you find in your home. Most airlines now advertise A/C power on their planes, but unfortunately, this is somewhat misleading.

You will want to look into each airline for how they offer A/C power on their planes if you are planning on using it. Some airlines, like Alaska Airlines, offer an individual power outlet and USB plug for each seat. Other airlines like United Airlines have one shared A/C outlet per row.

For airlines with shared outlets, you will want to focus in on the middle seat, since the shared power outlet is usually under this seat, against the chair leg closest to the aisle. If you or a travel companion have the middle seat, then using this outlet becomes a lot less awkward.

If you are looking for a power outlet for your laptop it is best to opt for the middle seat, despite this seat’s other drawbacks.

I was editing this article in the (overly-crowded) Alaska Airlines lounge at Seattle-Tacoma Airport when a friendly passenger named Jeff asked if he could sit next to me. Jeff asked what I was doing, and upon learning that I was helping people find the best seats on a plane, he offered some great advice that he uses as a larger passenger who travels often (Jeff travels once a week between San Francisco and Seattle).

Selecting an aisle seat is your best bet as it allows you to lean out into the aisle so you aren’t compressing the person next to you. What most people don’t realize, Jeff says, is that the aisle armrests actually lift up, making for a much more comfortable ride. When you first sit down, it might seem like the armrest is locked down. Feel for a small button or lever, located under the armrest, almost against the seatback. Holding this down will unlock the armrest, allowing you to lift it all the way up and giving you a lot more space.

Jeff explained that he has actually had very good success working with gate agents before a flight to assign him to an aisle row for this exact reason! Granted Jeff has frequent flier status and so is almost always upgraded to Premium Economy which often has more open seating, so your mileage may vary.

Thanks for your contribution, Jeff! Meeting fellow travelers like you are what makes travel fun.

Every passenger is going to have certain flying and travel styles that will make different seats a better choice for them. Reserving the best airline seat ahead of time can take a lot of stress out of traveling.

Our top picks for best seats on a plane to match every type of traveler:

To guarantee the best seats on any plane, use miles and points to fly business class or first class! Check out our list of best travel credit cards to find a card that will help you earn miles quickly or has a welcome bonus that is right for you. If you’re new to miles and points, the Chase Sapphire Preferred Card is the best first credit card for beginners.