‘This is how I improved my credit score’: Consumers share their tips

Read how real people took steps to raise their credit scores. See if any of their methods could work for you. 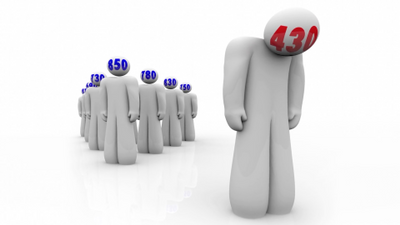 But it's sometimes tough to figure out just how to do it.

Read these personal stories of how consumers have taken steps to raise their credit scores and experienced great success.

Then, use their stories as inspiration to do the same.

But first, take a look below at how to improve your score using the five FICO factors:

This consumer corrected his credit report and negotiated his debt

Paul Farmer of Franklin, Tennessee, said he followed a three-step process to raise his credit score so he could concentrate on building his business.

First, he got copies of his credit reports from the three major credit bureaus – Equifax, TransUnion and Experian – for free from AnnualCreditReports.com.

Next, Farmer identified any errors in his reports regarding debts or unpaid balances, called the companies and disputed them.

“Companies that had errors in their reports corrected them, and even others who just couldn't put in the time to prove they had followed the law to the letter removed my debts,” Farmer said.

Regarding his legitimate debts that were in collection, Farmer called the companies and offered to pay up to 50% of what he owed immediately.

“More often than not, this tactic worked,” Farmer said. “They were happy to have some immediate payment rather than none, and they forgave the rest.”

Farmer's credit score went up by 100 points over a few months, and he said he wouldn't have been able to get loans to make his startup company profitable if he hadn't used this strategy.

Companies that had errors in their reports corrected them, and even others who just couldn't put in the time to prove they had followed the law to the letter removed my debts.

A couple consolidated their debt

Kama Wilson, of Bend, Oregon, took on debt to survive the hard times after her husband was diagnosed with a chronic illness.

That debt just hung on and they couldn't seem to shake it, despite the fact that they always paid their bills on time. But the Wilsons' credit scores continued to hover in the upper 600s to low 700s.

“While we really didn't want to take on more debt, we finally took the plunge and got a home equity loan to help manage the high interest rates we were experiencing on our credit cards,” Wilson said.

Much to their surprise – within a month or two of taking on double-plus the debt they had and paying off the high-interest credit cards and leaving them open – their scores soared to the high 700s to low 800s.

Keep in mind that consolidating your debt can help your score by wiping out a high card balance because your credit card utilization has a greater effect on your score than installment loan balances.

But you'll still have to contend with the consolidated debt. And you'll want to evaluate your finances to ensure you don't end up struggling with more credit card debt before paying off the amounts you owe. This would hurt your score and put you in a financial bind.

While we really didn't want to take on more debt, we finally took the plunge and got a home equity loan to help manage the high interest rates we were experiencing on our credit cards.

A CEO doubled up on payments

First, he called his credit issuer to find out the exact date of the month they reported his payment history, which was 13 days before his actual due date.

Next, Vasilescu made a payment two days before the reporting date and made another payment just before the due date.

Megan Horner, credit card writer at Finder, said she does a few small and easy things to quickly raise her credit score when she's preparing to open a new line of credit.

Recently, Horner wanted to open a high-end credit card and she noticed her score had dropped 17 points from 811 to 794.

Before she applied, she wanted to bump her score back up over 800, so she paid off her cards obsessively – making payments regularly after making any purchases with her card – which kept her credit utilization at or near 0% since she wasn't carrying any balances on her cards.

If you want a quicker way to increase your credit limit, you can apply for a new credit card, Horner said.

“Remember that applying for a new card will result in a hard inquiry, which will temporarily drop your credit score, so I would only do this if you're not imminently opening a new line of credit,” Horner recommended.

She also recommends carefully comparing credit cards before you open a new one so you find one that's a good fit for you.

Building and maintaining a healthy credit score is a long-term play, she added.

“You'll also need to consider the other factors that make up a credit score, such as payment history, number of accounts and age of credit, and make appropriate decisions to maintain a good credit score,” Horner said.

See related: Should I get a new credit card to help boost my credit score?

One cardholder had his credit limits raised

Dylan Houlihan is the founder of Swift Salary, a website dedicated to helping others improve their finances.

Houlihan felt he had to walk the walk, so he focused on boosting his credit score.

The most effective method he used was simple – and in line with Horner's strategy.

Houlihan called his bank and had one of his credit card credit limits increased from $2,500 to $5,000, which increased his credit score by 32 points.

By increasing the credit limit on one of his credit cards, Houlihan's utilization went down and his score went up.

“It's important to be responsible with the amount of credit you have available – try to keep your utilization ratio below 30% for the best results,” Houlihan advised.

See related: 6 things to know before requesting a credit-line increase

This consumer got another credit card

“I screwed my credit up pretty much as soon as I turned 18 by getting a credit card with a $500 limit and immediately blowing it on clothes and food,” she said.

She didn't pay it off for two years and ended up owing $700.

“That, on top of a few medical bills that went to collections, totally ruined my credit,” she added.

She negotiated the medical bills and credit card bill and got them paid first.

She and her boyfriend wanted to buy a house in the future so she decided she trusted herself enough to get a credit card with a $200 limit just to boost her credit score.

She has paid on time in full every month and her utilization remained low, so she was able to raise her score by 100 points.

Her limit on the card was even increased to $500, which made her a bit nervous.

“I don't really know if I trust myself that much,” she said.

But now that she knows how good it feels to see her score go up, she'll keep that in mind when she thinks about spending any extra.

“I'm super proud of myself and I'm about 35 points away from the minimum score you need for a house loan.”

This story was originally published on CreditCards.com. Use our free card match tool today to get personalized offers from participating partners in less than 60 seconds.