"The case for action is clear," said House Committee on Housing Chair Rep. Julie Fahey. "If we do nothing the consequences are going to be catastrophic." 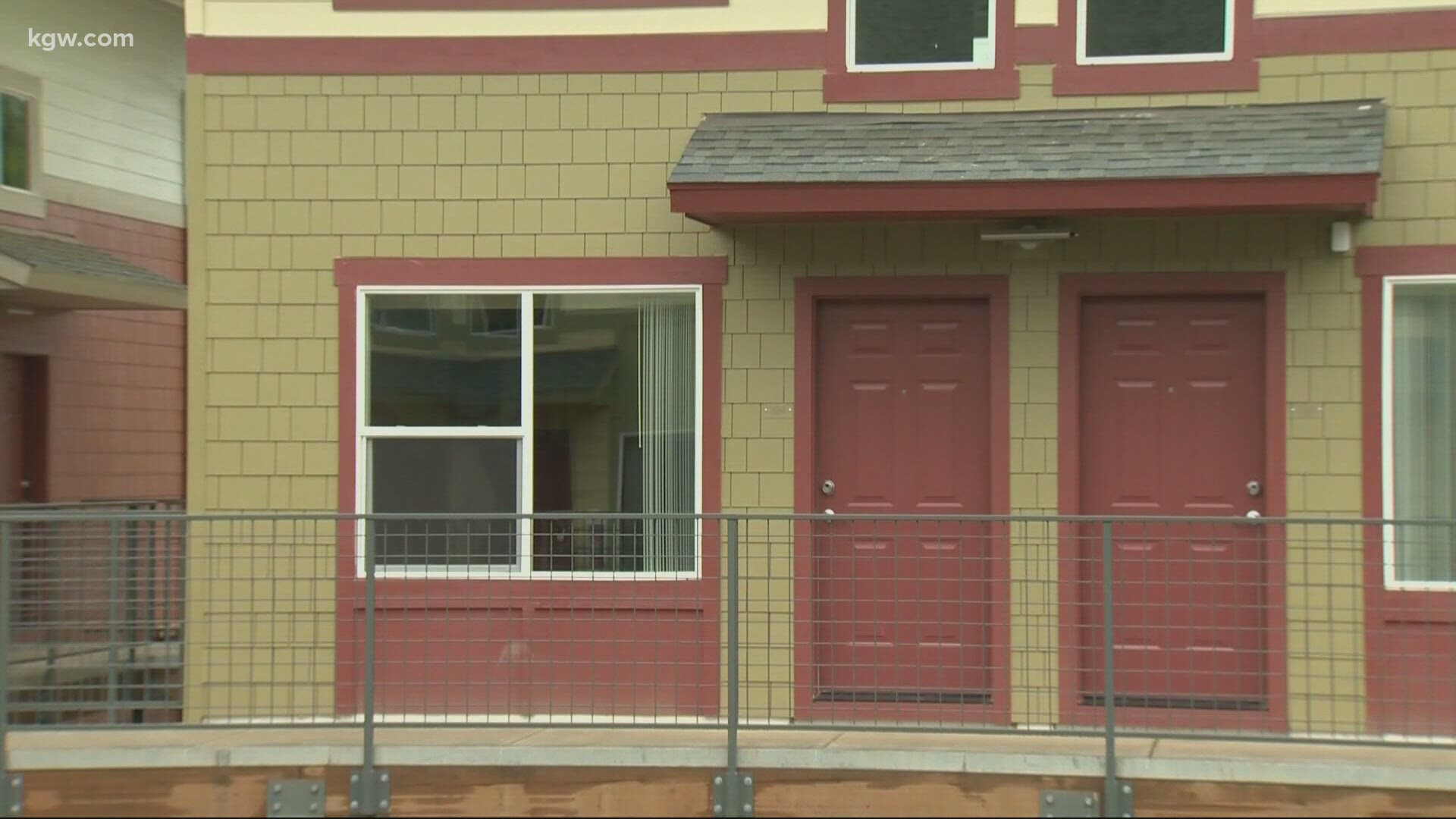 PORTLAND, Oregon — As it stands now, Oregonians who can't pay their rent are safe from eviction until the end of the year.

Through Dec. 31, Oregon landlords can't evict people who are unable to pay rent. But they can evict them come the new year, unless state lawmakers extend the eviction moratorium.

Several jurisdictions have their own eviction moratoriums as well, creating a somewhat confusing patchwork. Renters everywhere, except in Multnomah County and the City of Hillsboro, are required to pay four months' back rent by the first of the year as well.

The House Interim Committee on Housing heard a proposal Monday to extend that moratorium. Renters impacted financially by the pandemic couldn't get evicted for not paying rent until June 30, if they meet one of the proposal's qualifications.

However, they would have to pay missed rent the following day on July 1.

"That six-month time frame from when we would pass it in December to the end of June would not only stabilize tenants through the school year, so students can stay housed, but also give the state enough time to make sure the money is out door and back rent is paid off," House Committee on Housing Chair Rep. Julie Fahey (D-Eugene) told KGW.

The proposal requires tenants fill out a sworn declaration saying they're dealing with financial hardship tied to the pandemic, making it harder for tenants to receive protections.

"There's a lot of landlords who don't have our financial resources that are really struggling right now, and it's tough," said Anchor NW Property Group Director of Sales Jim Rostel. "The discussion from our leadership needs to be: How do we help those folks maintain? It's more than just mortgages, it's more than just taxes."

At least $100 million from the state's general fund would go toward helping both renters and landlords, with most of that money allocated to a new Landlord Compensation Fund. However, a number of lawmakers and tenant and landlord advocates argued that wasn't enough.

Property owners could get 80% of back rent they're owed by applying for rent assistance on behalf of the tenants who owe.

"They're on the right track as far as paying landlords directly and making sure people are made whole," Rostel said.

Both landlord and tenant advocates involved in creating the proposal agree rent assistance is key in helping both tenants and landlords.

"We don't want tenants to end up in a situation where they just owe their landlord a lot of back debt," said Neighborhood Partnerships Policy & Communications Director Alison McIntosh. "We don't want landlords to lose the property they own. We know we need rent assistance into our communities to truly solve this problem."

While many agree it's a good middle ground because it benefits both tenants and landlords, some housing providers say the proposal goes too far.

"You take 20% off and we're not profitable; it means layoffs, cuts, jobs, all those different things that impact business," Rostel said.

On the other hand, some advocates feel the proposal doesn't go far enough, including homeless services advocates in Portland. JOIN Executive Director Katrina Holland feels legislators are making too many compromises and concessions.

"If I'm honest, this legislative concept isn't bold," Holland told lawmakers during Monday's hearing. "The scales of impact in this situation are way out of whack. I invite legislators to bring them back in balance; on one side of the scale we have property owners who have a way out."

"In effect, you literally have the power to titrate how many people will become homeless," she said.

Rep. Fahey expects the proposal to be tweaked in the days and weeks ahead. However, a moratorium extension hinges on Gov. Brown calling a special session before the end of the year, which her office tells KGW she's open to.

Those backing the proposal say it's clear they have to act now, as COVID-19 cases keep climbing, economic fallout worsens and federal benefits expire at the end of the year.

"The case for action is clear: the moratorium expiring at the end of the year. If we do nothing the consequences are going to be catastrophic. People will be evicted, people will lose their homes, children will be doing their homework from a parking lot instead of in their homes," Rep. Fahey said.