Last weekend the S&P 500 celebrated the 10th anniversary of its current — and longest in history — bull market.  Below, six writers on NerdWallet’s investing and taxes team share…

Last weekend the S&P 500 celebrated the 10th anniversary of its current — and longest in history — bull market.  Below, six writers on NerdWallet’s investing and taxes team share lessons they’ve learned from the past decade of rising stock prices. 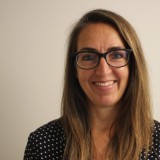 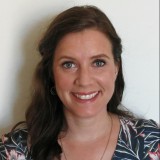 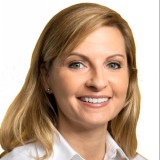 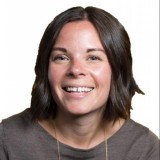 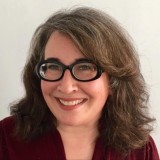 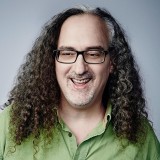 1. Learn from your mistakes

Kevin Voigt: I regret not checking my 401(k) sooner to make sure I was investing in a target-date fund versus a money market mutual fund (which earns interest slightly better than a savings account). As a result, I sat out the first five years of the bull market. Many companies now automatically put 401(k) cash in target date funds, but not all — so check your 401(k) to make sure it’s using the right funds for you!

Anna-Louise Jackson: Investors have enjoyed a 10-year run that’s seen the S&P 500 more than quadruple in value. If you’re one of those who’s been on the sidelines, it’s never too late to start investing.

2. Buy when others are selling

Dayana Yochim: I regret all the stocks I didn’t buy because, at the time, the valuations seemed too pricey. What an idiot. I’m hoping to make up for my timidity when the next correction comes so I can load up my shopping cart with stocks on sale.

Jackson: I wish I would’ve invested money in 2009-2010 because I let years go by without making contributions to a 401(k) or IRA. In my defense, I was fresh out of grad school, stringing jobs together and more focused on my mountain of student loan debt. Sigh, what could’ve been.

Andrea Coombes: I’ll never forget that just before the crisis in 2008, I’d written a story about how a buy-and-hold strategy is an investor’s friend, if you have a long time horizon. A lot of my readers disagreed, to put it mildly, and by March 2009 I was beginning to doubt myself. One persistent reader was emailing me these messages in all-caps about how everything was “different this time.” Turns out, buy and hold wins, after all, for long-term investors. If you didn’t flee the market, your investments ended up whole and then some, assuming you had the time and willpower to leave your money sitting there untouched.

Tina Orem: I vividly recall sitting in a conference room, watching the market tank for the millionth day in a row, and thinking, “This can’t go on forever.” I was the only optimist in the room.

Jackson: The explosion in the number of exchange-traded funds (ETFs) and the rise of robo-advisors have helped drive trading costs lower. This is one of the rare places where we’ve seen a decline in prices in the past decade. Take Schwab, for example. Back in 2010, it slashed trading fees to $8.95 from $12.95; today it charges just $4.95 and customers can trade more than 500 ETFs commission-free.

Yochim: That decline in costs has also further democratized investing and made it possible for even more people to put their money to work in the market, even if you only have a little cash to start. For example, with Acorns you can literally start investing with your spare change. Other providers (like Motif) let you buy fractions of shares. And robo-advisors — many with $0 account minimums — start building you a portfolio with whatever money you can spare.

Coombes: I’ve loved seeing the huge growth in awareness around low-cost index funds. Investors are generally much more aware about how index mutual funds can get the job done at a low cost.

Coombes: I’m really comfortable with stock market risk, and I’m wondering if I’m going to regret my enthusiasm for stocks over the next 10 years. I’m not getting any younger, people! I should maybe scale back? Then again, life is long.

Arielle O’Shea: I’m comfortable with risk, too, and I don’t think I’ll regret that. But I think I, like many people, will probably always wish I’d invested more. I’m always trying to balance investing for long-term goals with other pressing needs, like child care, food and the very necessary vacation I just went on. It’s a struggle even for financial writers to figure out how to prioritize.

Orem: I might regret being too conservative with my asset allocation. That’s largely because, like many people, I get more satisfaction from avoiding a loss than from booking a gain. It’s a double-edged sword.

Yochim: I also tend to fall more in the camp of loss avoidance. I don’t want to wish that I had been more aggressive when it’s time to retire. In an attempt to turn fear of loss to my advantage, I’ve channeled it into doubling down on the amount I squirrel away each paycheck. I’m not ready to admit how much time I spend using our retirement savings calculator running different savings scenarios.

6. Avoid selling out of fear

7. Know it doesn’t have to be hard

Jackson: I don’t think people fully appreciate how great the market’s been in the past 10 years. And you didn’t even have to get fancy and pick winners, the market did all the legwork for you! Of course, another bear market will come in your investing lifetime, but an investment portfolio composed mostly of low-cost index funds makes investing easier and cheaper than ever.

Yochim: I’ve learned that inertia — or even being paralyzed by fear! — isn’t necessarily a bad response, as long as you have a system in place to keep you out of your own way. One way to do that is to automate your investments. By putting savings into my 401(k) and IRA on autopilot, I’ve taken much of the decision-making about when and how much to invest out of my hands. That’s successfully removed any in-the-moment temptation to try to time the market, which, as we all know, is a fool’s game.

Voigt: Set your automatic payments to your retirement account at least to meet employer contributions, and then forget it. A Fidelity study showed those who steadily contributed to their 401(k)s and kept their exposure to equities rode out the recession much better than those who decreased their equity allocation. Sticking to a plan and forgetting about it works.

O’Shea: The market has good times and bad times, and you shouldn’t base your investment decisions on either, especially if you have a long time horizon. That said, missing out on the market’s good times is much more damaging to your portfolio than even the worst days. Your portfolio will rebound if you stay invested during bad times, but you can’t go back and capture the investment returns you miss if you sit out the good times. Just remember: The best days often closely follow the worst ones, so staying invested during good times and bad is key to this.

10. Skip trying to time the market

Jackson: The current bull market is going to end at some point. Step away from the sell button — no one knows when. The S&P 500’s selloff in 2018 had many people predicting a bear market was afoot, but it’s jumped more than 18% since December. While this anniversary will bring the skeptics out in droves, the risk you take in trying to time the market (attempting to sell at the top to buy back in at the bottom) is twofold: The cost of being wrong and the related trading costs and taxes you’ll incur in the meantime.

The article 10 Lessons From the Bull Market’s 10-Year Anniversary originally appeared on NerdWallet.