These safeguards on big banks may soon be loosened

Learn more about the Volcker Rule and how it might change. 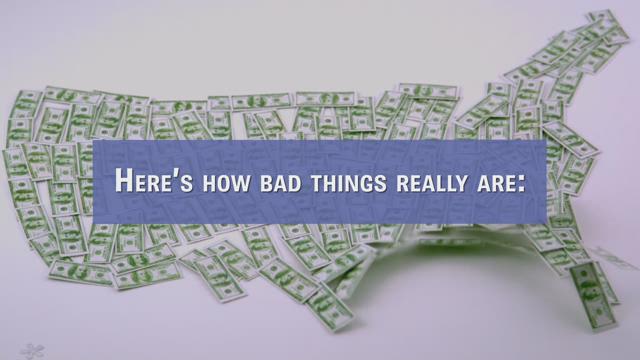 The Federal Reserve recently proposed changes to the Volcker Rule, which is part of the 2010 Dodd-Frank Wall Street Reform and Consumer Protection Act. The Volcker Rule placed regulations on banks to prohibit them from engaging in risky trading behavior, which contributed to previous banking crises, explained Gregg Gelzinis, a research associate for economic policy at the Center for American Progress.

Just a week before the federal proposal was released, Congress voted on a bill that exempts any bank from the Volcker Rule altogether if they have less than $10 billion in total assets and 5% or less of trading assets and liabilities.

The proposed changes are now in a 60-day public comment period before the agencies responsible for the rule — the Federal Deposit Insurance Corporation, the Office of the Comptroller of the Currency, the Securities and Exchange Commission and the Commodity Futures Trading Commission — decide its final form.

What is the Volcker Rule?

After the 2008 banking crisis, the Volcker Rule was proposed as part of the Dodd-Frank Act by Paul Volcker, former chairman of the Federal Reserve board of governors.

The rule essentially prevented big banks from proprietary trading and limited the amount of hedge fund and private equity fund activity in which they could engage. It was signed into law by President Barack Obama in 2010.

The Volcker Rule isn’t an entirely new idea. In 1933, the Glass-Steagall Act, or The Banking Act of 1933, was signed into law by President Franklin D. Roosevelt. Following the 1929 stock market crash and the Great Depression, the act was meant to separate commercial and investment banks. In 1999, President Bill Clinton repealed the act, and some believe the deregulation had a role in the 2008 financial crisis.

“There are two halves to the Volcker Rule,” said Gelzinis. “The first half is to prevent banks from engaging in proprietary trading. That’s when the bank makes highly risky bets in the market for its own profit.”

Gelzinis said that if a bank is going to be trading, it should be doing so in the interest of “market-making,” trading with and creating markets for the clients. He said the banks shouldn’t be making risky bets and putting taxpayers’ deposits on the hook.

“Those losses can come quickly and be of very high magnitude,” he added.

The second half of the Volcker Rule is to limit banks from investing in or owning hedge funds or private equity funds, he said. The restriction is similar to that of proprietary trading, because Gelzinis said if you ban one and not the other, it opens the door for an easy loophole.

Democrats responded via Twitter to the proposed changes to the Volcker Rule and the impact, even calling it “corruption.”

Even as banks make record profits, their former banker buddies turned regulators are doing them favors by rolling back a rule that protects taxpayers from another bailout. This kind of corruption is common in @realDonaldTrump’s Washington. https://t.co/jECa7oWhJT

Wall Street profits are up while workers’ wages remain flat. It is outrageous that the Fed is letting the biggest banks gamble with your money yet again and turn our economy into a casino once more.https://t.co/T2JkdVgZfp

How will the Volcker Rule change?

Under the original Volcker Rule, banks were required to be transparent with regulators concerning activities like market making and underwriting, reporting how much of a product they expected clients to demand, and they presented analysis to support that projection.

“The onus is going to be more on regulators to police this than it is for banks to justify what they’re doing,” said Gelzinis, “so banks will be given quite a bit of leeway to set their own internal risk limits.”

Banks will be able to set their own internal risk parameters, and as long as they stay within those limits, the regulators will assume the bank is being compliant. The pressure essentially is switched from the banks to the regulators.

“We’re certainly not confident that the Trump-appointed regulators are up to that task,” Gelzinis said.

Another big change to the rule affects the three-prong test that determines what does or does not count as a trading desk, basically defining what desks fall under the rules jurisdiction. There’s the market risk capital test, the dealer test and the purpose, or intent, test.

The proposed changes would keep the first two tests, but get rid of the third, along with the 60-day rebuttable presumption, and replace it with a new catchall for activities that don’t fall under the first two categories, the “accounting prong.” This prong would establish that if a financial instrument is booked at fair value, it’s covered by the rule. But there’s an ongoing presumption of compliance that if the absolute value of the profit and loss of a trading desk doesn’t exceed $25 million over a 90-day rolling period, the bank doesn’t need to prove compliance.

“$25 million isn’t necessarily a lot of money, but if you’re not paying attention to those desks, then it’s possible that something could be cooking there and could go really wrong,” said Gelzinis. “It’s definitely a weaker kind of third prong, I think, than the current rule is.”

Aside from the changes easing regulations, other changes could make risky trading easier for banks.

There have been changes proposed that alter the classification of banks and the limit on how much they have to comply. The proposal breaks them down into three categories, significant, moderate and limited. Banks with significant trading assets and liabilities will comply with a six-pillar program, moderate banks establish a simplified program and those deemed limited will not be required to establish a program and will be considered compliant.

Hedging can mitigate risk. Under the current Volcker Rule, a lot of documentation and analysis were necessary to prove that hedging activity was significantly mitigating risk. The new proposal “waters down” some of the requirements.

“It loosens that up a little bit,” Gelzinis said.

International trading is another concern with the proposed changes to the Volcker Rule. The liquidity exemption would expand to include additional derivatives, such as foreign exchange swaps, paving the way for banks to bet on currencies going up or down, in the name of liquidity management.

The Volcker Rule changes would also expand another exemption, Gelzinis said, so that the U.S. operation of a foreign bank can now finance proprietary trading that occurs outside of the U.S., and individuals in the U.S. can help facilitate that.

The post Everything You Need to Know About the Volcker Rule — and How It Could Change This Year appeared first on MagnifyMoney.