The best and worst American cities for working women 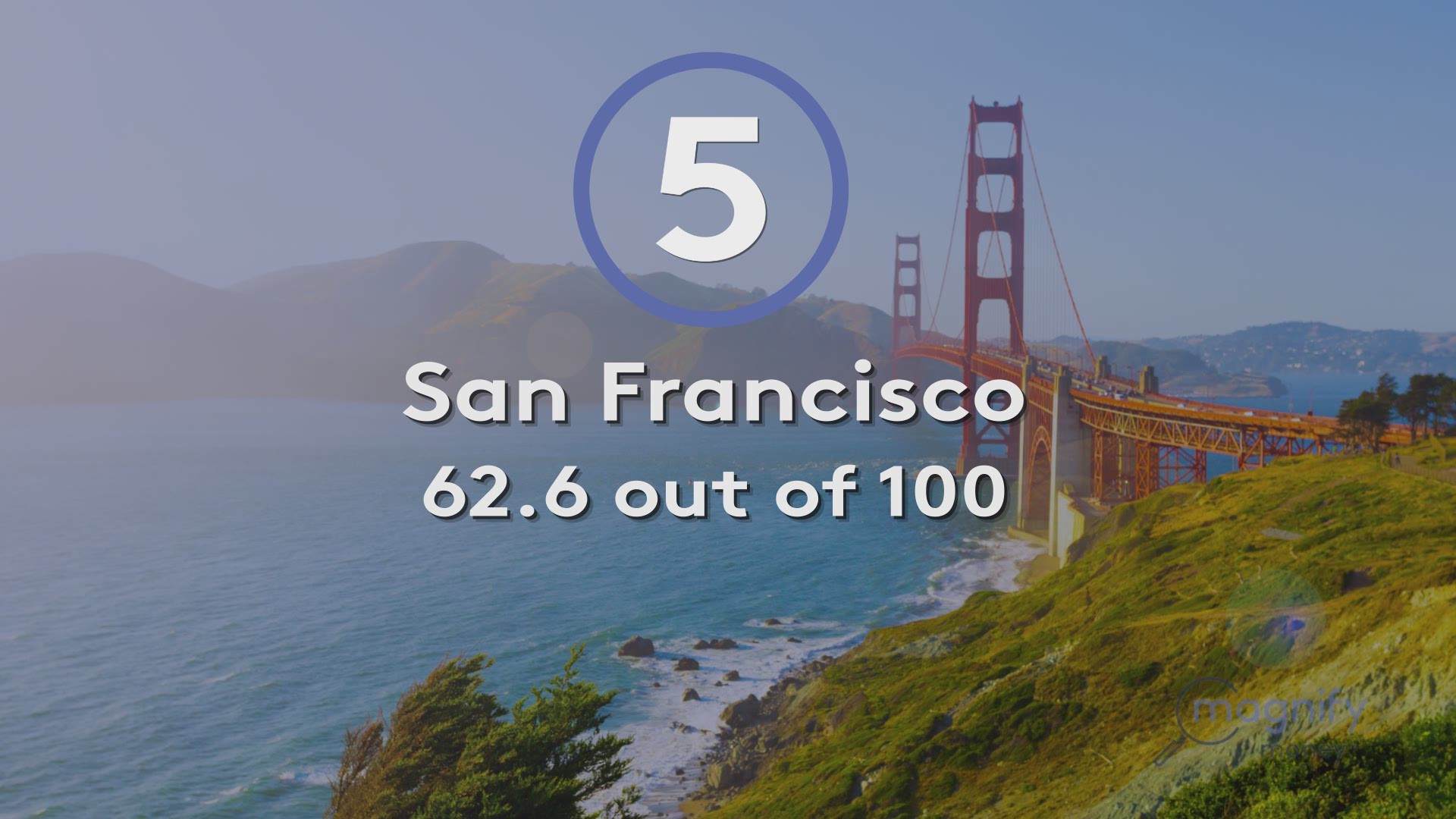 Rent prices, crime rate, and school systems are key factors when moving to a new city. But if you're one of the 75.6 million women who participates in the workforce and considers making a big move or wonders how your city stacks up, a new study suggests some U.S. urban cities are better than others for women.

MagnifyMoney ranked the 50 largest metros by analyzing locations with the most pay equality and advancement opportunities for women in the workplace.

The number of women who hold four-year degrees has risen dramatically since 1970, and even surpasses the number of men who hold the same. Despite this, a wage gap between men and women still remains. Data from the Pew Research Center in 2013 shows that 58% of millennial women say it's easier for men to get top jobs in business and government.

Working moms are a significant part of the labor force, with more than 75% employed full time, and serving as the primary breadwinners for 40% of households with kids under 18. As well as effectively ranking the best cities, the study also found that over half of the states in the U.S. have no maternity protections in place.

On the bright side, more women in management bodes well for a lower wage gap (with a few exceptions), so paying attention to locations where women are thriving might help you pinpoint your next move.

1. Washington, D.C.: Ranked the best metro for working women, the capital's management positions are 43.6% female. It ranks 10th in the nation for parental protections and the wage gap, which is 15.4% compared with a national average of 20.4%. The city comes in third for child care affordability (20%) and has an unemployment rate of 4.9%, compared with the national average of 6.7%.

2. Minneapolis: Even with a high rate of female legislators, at 32.8%, the city has a large gender pay gap of 19.7%. It ties with Buffalo, N.Y., as the city with the lowest unemployment numbers for women (2.9%). Minneapolis ranks 11th in parental protections.

3. Sacramento, Calif.: The state of California has the best maternity/parental protections in the nation, with Sacramento scoring the best of any city. Though ranking low in the number of female legislators and women with employer-based health insurance, 43.4% of management positions are filled by women. It ranks 11th for female-owned businesses (34.4%).

4. Denver: With 40% of the state legislation female, the city ranks second in that category. It also has the fourth-lowest gender wage gap at 12.8%, and an ultra-low unemployment rate of 3.6%. Though ranked 12th for parental protections and 10th for female-owned businesses (34.6%), it is 37th for child care affordability (24.4%), and only 39th for women in management (39%).

5. San Francisco: Also benefiting from California being the best state for maternity leave, the city is ranked eighth in female managers (41.8%), and 12th in both female-owned businesses (34.3%) and unemployment rates (4.4%). On the other hand, the city's gender wage gap is 18.7%, and a woman's average median salary needed to pay for child care is worse than the average at 25.1%

Only so many cities can be in the top five, but that doesn't mean others don't have progressive working conditions for women.

Numbers six through 10 on the list also have some promising factors:

Seattle has the highest number of female-owned businesses at 40%. Providence, R.I., is fifth in the nation for women in management (43%). And in Baltimore and St. Louis, 68% of working women have employer-based health insurance.

The top 10 cities all scored higher than 56, and the average for the 50 largest metros was 49.1, according to MagnifyMoney's metrics.

Among the worst cities for working women are those with a score lower than 40. Those metros are:

The 10 cities at the bottom of the list have several negative characteristics in common. For example, for paternal protections, most of the 10 scored zero out of a possible 100. Only four received scores, which range from 2-15.