We get an update from the company's president and developer on what's happening now. 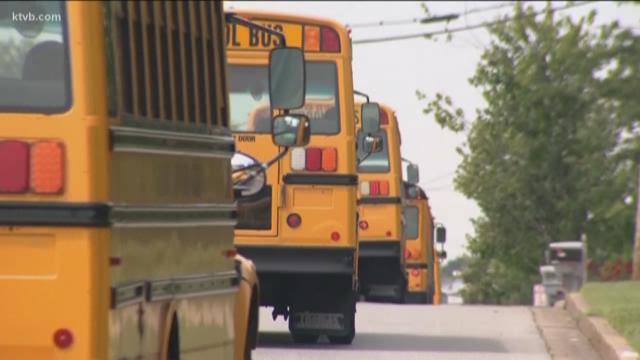 A couple of years ago we told you about an Idaho company, Predictable Ryde, with a new app to help parents and schools know exactly where school buses are in real time.

Since that story, word about the app has spread mainly because it improves convenience and safety for families with children on those buses. No more guesswork about when a bus will pick up the kids in bad weather, or questions about when it dropped the kids off after school.

Also since that story, Predictable Ryde was named the 2017 Consumer Product of the Year by the Idaho Technology Council's Innovation Awards Program.

We thought it would be a good time to hear more about how this local company continues to grow and innovate, so I met up with the developer and president of Predictable Ryde for an update.

So fast forward to today and here's Matt Vutoro to give us an update on Predictable Ryde and Matt a lot of water has gone under the bridge since then. You were really just a concept when Dean Johnson did the story. Get us up to date.

“Dee, it's been a lot of growth and we've been doing well so that very exciting for us. We expanded from our first district in Virginia and now we're in Idaho and rolling out in Oregon as well. We have nine school systems here in Idaho and expanding as I mentioned into the Oregon market also.”

And tell me exactly who your customer is and why they like this. We've got school buses behind us, that's you're main market, right?

“It is, and so we actually work with the school systems and with third-party bus vendors to help provide parents information about where their children's bus is.”

And that's so important these days, isn't it?

“Oh, it is and so you think about kids having to wait out in the rain and the snow and waiting for those busses to arrive. But we do other things too like providing text alerts so parents can know when the bus is on their way and help nudge their kids out the door and get them to the stop on time or notify them so they can get to the bus stop to pick up their kids when their children are coming back home.”

And Matt I understand you have a new product so tell what you're doing now that's a new innovation.

So we've got the Sun Valley Express back here, that way people will know when this is going to arrive and maybe they can maybe go in and do some shopping or something while they're waiting.

“That's true and in addition it helps the hotel companies up there and the other people that are coming to pick them up so that those drivers can arrive at the right time to pick up the people coming from the shuttles.”

Since we saw you last then you're company has grown and you've also been creating new products. What have you learned along the way that might help somebody else who's trying to start a new business?

“Yeah, so talking to people, it's really important. Testing out ideas and testing out... What I think might be really important and really valuable to somebody may not be as valuable to them. So you go and you talk to them and you find out what they're problems are, what they're pain points are and then you try and solve those problems. And putting too much time and effort in up front without talking to people may lead you down a path where you can't really help them as much as you really want too.”

Alright, so entrepreneur and problem solver, that would be Matt Vutoro.