Local organizations like CATCH and Jesse Tree have seen a significant increase in those facing homelessness, or on the verge of it, due to the coronavirus pandemic. 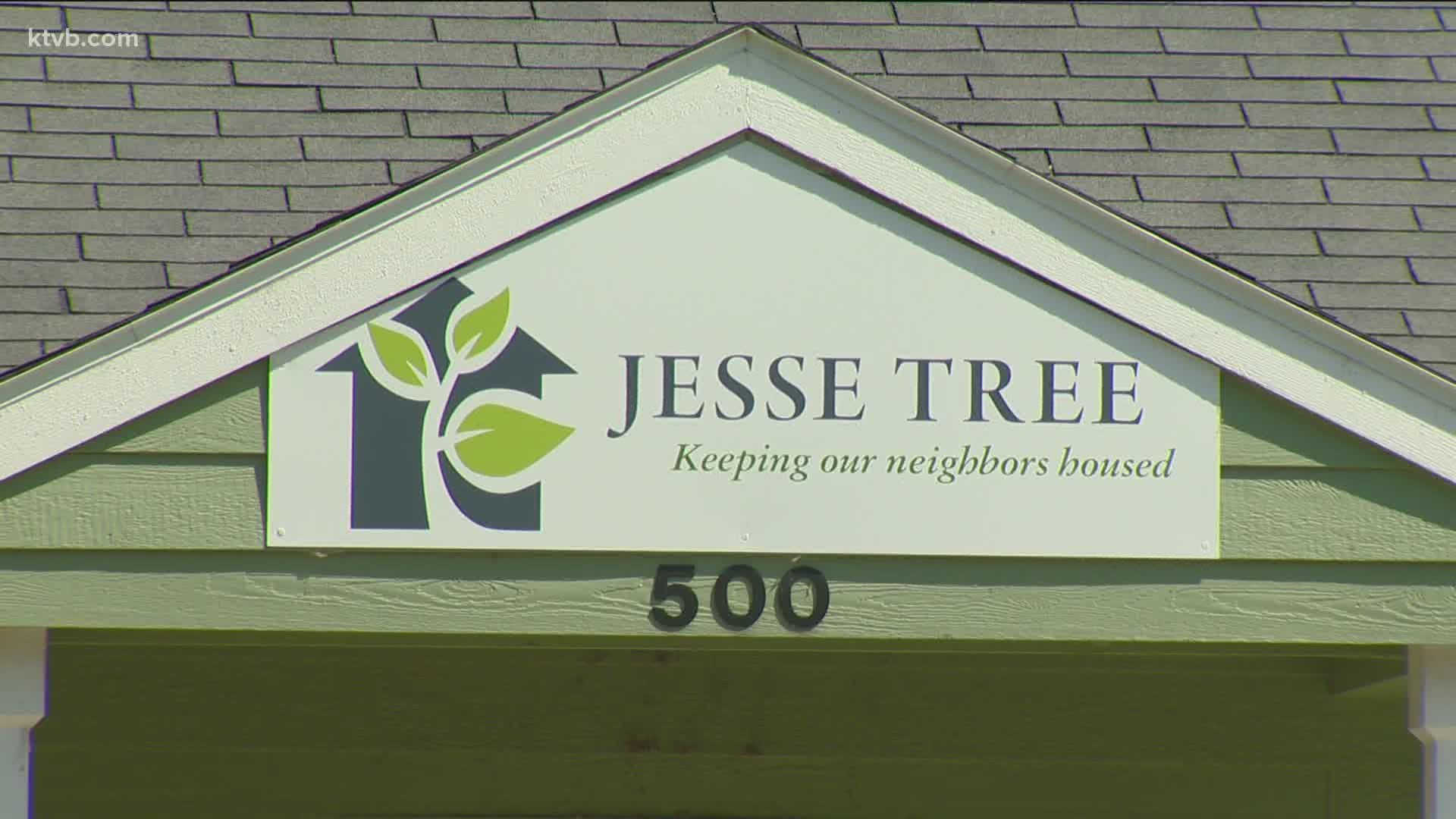 BOISE, Idaho — Housing and homelessness is an issue that affects millions of Americans nationwide and it has only been intensified by the COVID-19 pandemic.

Recent U.S. Census data, as well as analysis from the COVID-19 Eviction Defense Project and the Aspen Institute, show more than 29 million Americans could be at risk for eviction by the end of 2020 if things don't improve.

The Treasure Valley is no exception, as local housing and homeless aid organizations face an increase in the need for services.

Jesse Tree helps those facing eviction and homelessness in the Treasure Valley due to a loss in income. Since the pandemic hit Idaho in March, the organization has seen an increase in the need for its services.

“From March to April, our call volume on the housing crisis line tripled," said Ali Rabe, executive director for Jesse Tree. "So we’re now fielding around 500 calls per month from households all around the Treasure Valley."

Jesse Tree also assists with eviction hearings. A temporary, month-long moratorium was placed on evictions but was lifted in May.

“Once those lifted we saw about 30 or 40 cases in Ada County in just about a week or two," Rabe said. "Now those cases have leveled out, we’re seeing around 10 on average per week in Ada County."

According to Rabe, the number of hearings is just lower than 10 per week in Canyon County.

CATCH also helps those already facing homelessness or on the verge of it. It has also seen an increase in calls for help.

"I would say that we’ve seen a pretty big uptick the last month and a half," said executive director Stephanie Day.

RELATED: Financial relief available for Idahoans behind on rent and utility payments

“It’s been a little worrying, I would say,” Day said.

The bulk of those needing help are families with kids and young, single adults.

“Around 60% of people calling our housing crisis line are families with kids,” Rabe said.

When it comes to the Treasure Valley, the pandemic amplified an already existing housing crisis.

“There was a need for this [aid] before COVID happened," Rabe said. "We were already in a housing crisis."

She added that about one-third of Ada County residents were already living paycheck-to-paycheck before the pandemic.

“It was pretty serious before the pandemic and it’s definitely much more serious now," she said.

According to Rabe, the homelessness situation in the Treasure Valley is currently manageable but that could change if things don't improve.

“I think it could get really bad, really fast if we don’t do something about it,” she said.

Day added that it's hard to predict what the next several months will look like but the Treasure Valley could see a large surge in homelessness and shelters could quickly reach capacity.

"I don’t know what’s coming in the next couple of months but we’re braced for a lot of really tragic financial instability that could lead to homelessness," she said.

Anyone facing eviction or homelessness should first try to negotiate with their landlord to come up with a payment plan or reduced rent, if possible. The next step would be to reach out to community organizations to ask for help.

It's important to not be afraid or ashamed to ask for help.

More federal relief for housing could also be on the way. Currently, two different stimulus relief packages are making their way through Congress.

One proposal from the House would provide $200 billion in funding for housing and homeless assistance, as well as extending the federal eviction moratorium.

A different proposal from Senate Republicans calls for $3.3 billion in housing assistance.

Whatever the final product, local organizations are hopeful the government provides some kind of relief.

“Even if you extend the moratorium and people still don’t have a steady income, it’s just delaying the inevitable and landlords can’t survive without months and months of rental payments," Day said. "So I’m really hoping that there’s an extension of financial assistance.”