With an excess of taters that may go to waste, farmers are scrambling to figure out what to do with the 2020 crop of spuds. 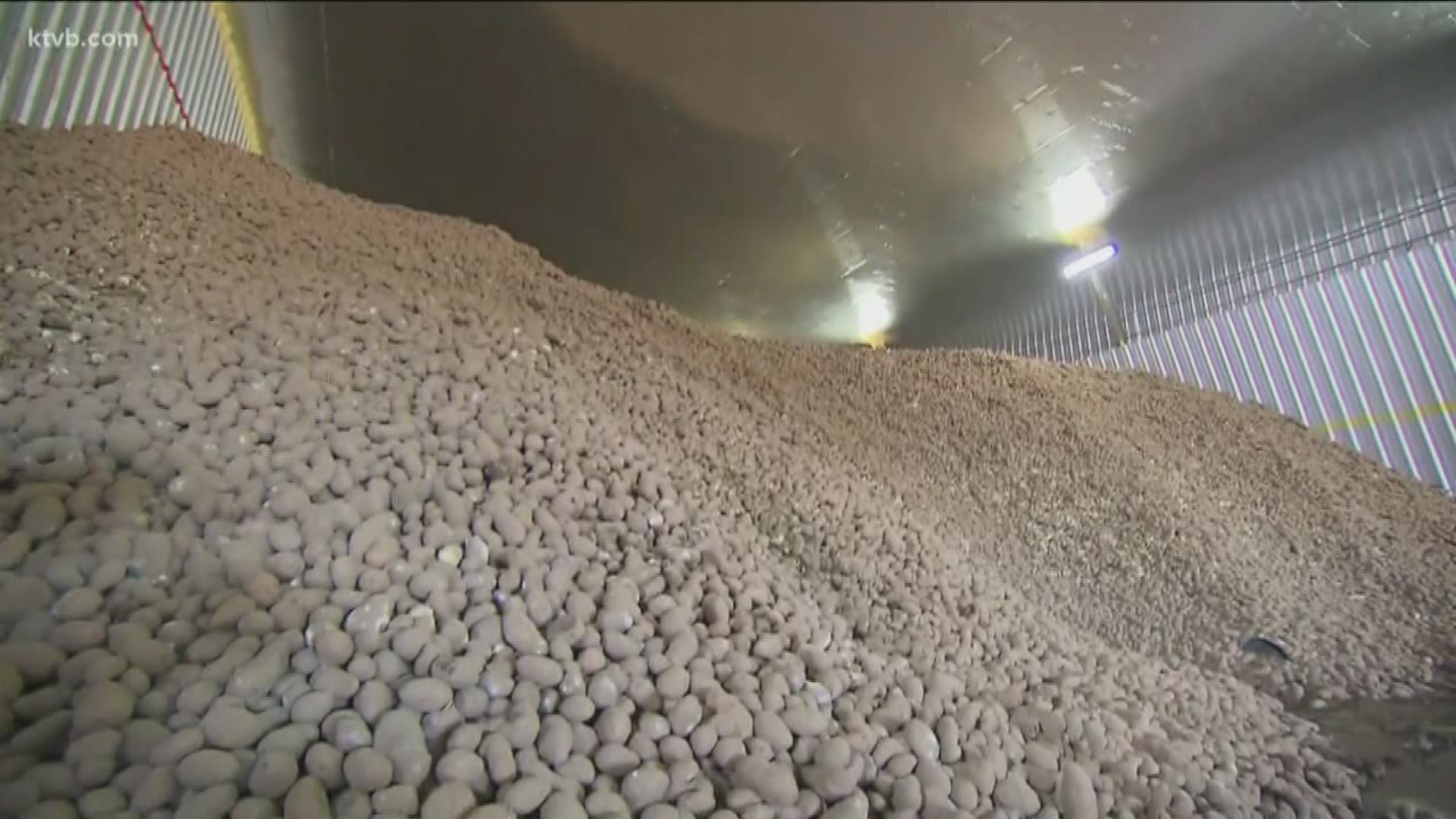 BOISE, Idaho — While Idaho will continue to be known for its famous potatoes, Gem State farmers are experiencing a major gut-punch after the coronavirus pandemic mashed the demand for potatoes, especially the ones meant for french fries.

After the COVID-19 pandemic forced restaurants across the country to close down there is an overwhelming number of potatoes that could go to waste, according to the Idaho Potato Commission.

Potatoes that were grown specifically to become french fries now have nowhere to go, and getting rid of the spuds isn't an easy task.

Former Idaho state representative Julie VanOrden sits on the Idaho Potato Commission and told KTVB on Sunday that the pandemic forced the state's potato industry to grind to a halt.

"A lot of them are sitting in cellars waiting to be processed for french fry potatoes and when that all shut down, all of a sudden we have a 100 million sacks of spuds just sitting out there," she explained. "These potatoes are from the 2019 harvest year and so they are only going to store for so long."

Now, Idaho's tater leaders need to figure out a way to handle the glut of spuds - and quickly.

Programs like the USDA Food Box could take them, but the potatoes' shelf life would end before reached those in need.

"They could be rotten by the time they need them," VanOrden said.

They could also be taken to cattle feedlots, but that also isn't a great option.

VanOrden added that the surplus of potatoes from the 2019 harvest could drastically affect the 2020 crop. She said some farmers are taking to plowing their fields and planting an entirely different crop and others are rolling the dice and taking a gamble.

"I think the farmers would be glad to find a place for them to go instead of just dumping them and losing your money on them," she said.

While farmers figure out what to do with their crops, VanOrden said consumers could help in the short term.

"I have just been telling everyone I know to get out there and eat french fries as much as you can," she said.

VanOrden also told KTVB that potatoes from 2019 will start going bad in August, even possibly July. The 2020 crop will be harvested in late August.

WATCH BELOW: 208 Redial: Darth Tater continues to be the hot potato after 26 years

While Idaho's famous potatoes are taking a major hit because of the pandemic, Idaho's true cash cow, dairy farms, are finding new ways to survive.

KTVB spoke with Alan Reed, the president fo Reed's Dairy in eastern Idaho, to find out how their operations are adjusting. Reed told KTVB that they are delivering dairy products to make up for the 60% hit to their bottom lines.

"Our milk home delivery part of the business was very popular because people couldn't go anywhere, they didn't want to go into the grocery store and so we actually did pretty well with our mild home delivery. It was a great service that people really enjoyed," he said.

Reed added that his business was able to weather the pandemic well.

RELATED: Idaho farm gave away potatoes for free so they wouldn't go to waste