Delaware Subs was once all over the state, but the original location is still open, despite rising rents. 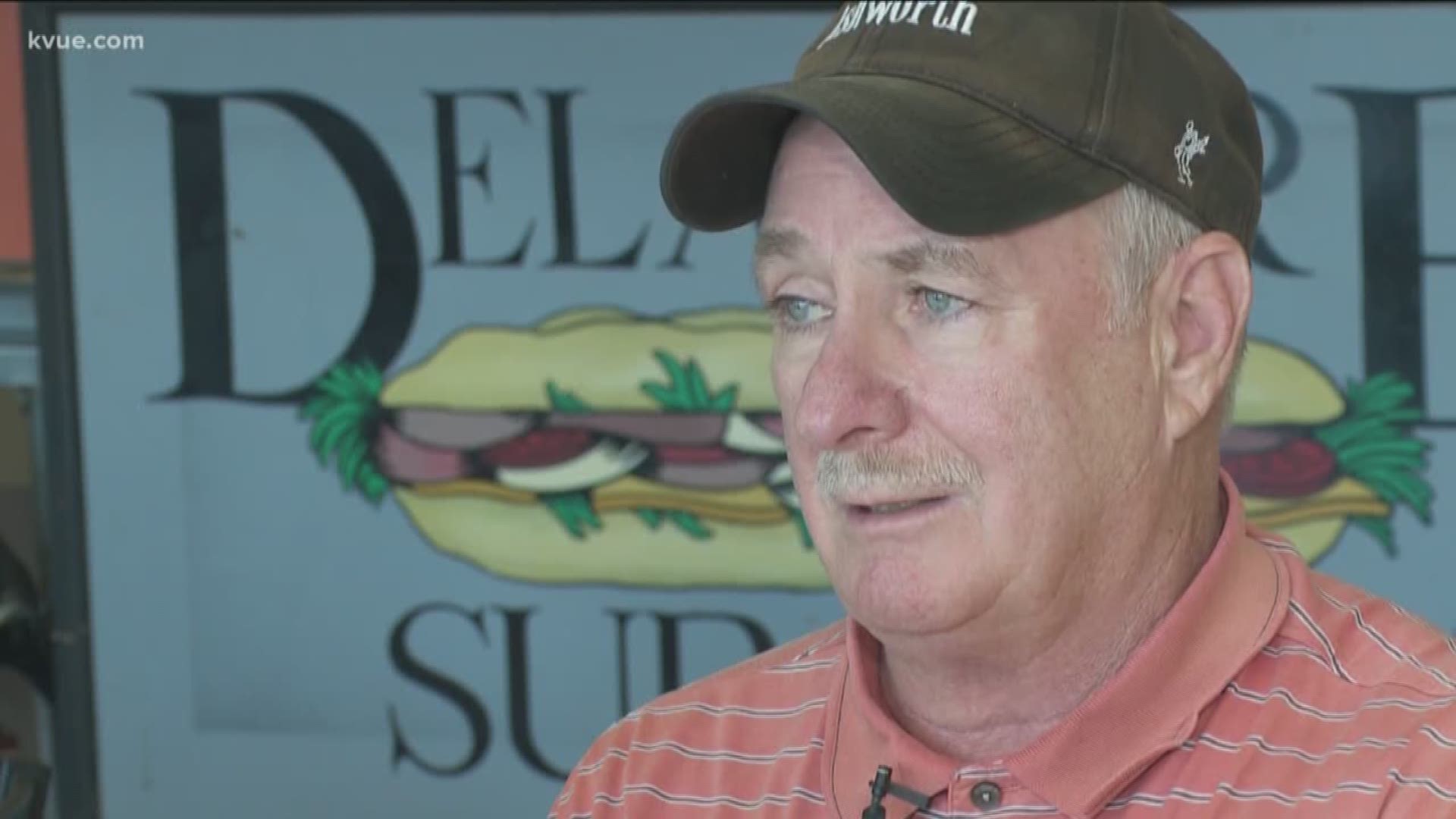 AUSTIN, Texas — You hear a lot about "old" or "iconic" Austin restaurants closing these days. It seems the cost of doing business just isn't worth the rising cost of rent.

But one longtime Austin restaurant is celebrating a big milestone this Friday.

Despite closing 14 of their 15 restaurants across the state, Delaware Subs on Mesa Drive has managed to keep its original location open for 40 years.

"We have some very loyal people," said Delaware Subs owner Pete Ademski. Ademski, a graduate of St. Edward's University, moved from Delaware to Texas for college. He opened Delaware Subs in 1980, and it grew from there.

It became known around town as "Jerry Sizemore’s place," after the former UT Longhorn and Philadelphia Eagles player became its spokesperson.

To promote the fact they used steak and not lunch meat in their subs, "He would hold up the sandwich and say, 'There's no bologna here.' It was really great," said Ademski.

Eventually, Ademski opened more shops, and after franchising, there were a total of 15 Delaware Sub restaurants in Texas.

Austinite Ophie Garcia, 81, has been working at H-E-B for more than 53 years

FOODIE FRIDAY: Café Ybor brings authentic Cuban sandwiches – and then some – to Austin

Then, as Austin's economy started to explode, Ademski's rent started to climb.

Slowly but surely, all the other stores closed, except one.

The original location will celebrate 40 years on Friday. Ademski said he plans to stay open, even if he isn't the owner anymore.

"Either I borrow some money to expand again, or I turn the keys over to somebody else and let them drive the bus," said Ademski.

He hopes to keep serving Philly favorites in a classic Austin location.

Sixth-grade boys at Virginia school pin down classmate, cut her dreadlocks, calling them 'ugly' and 'nappy'