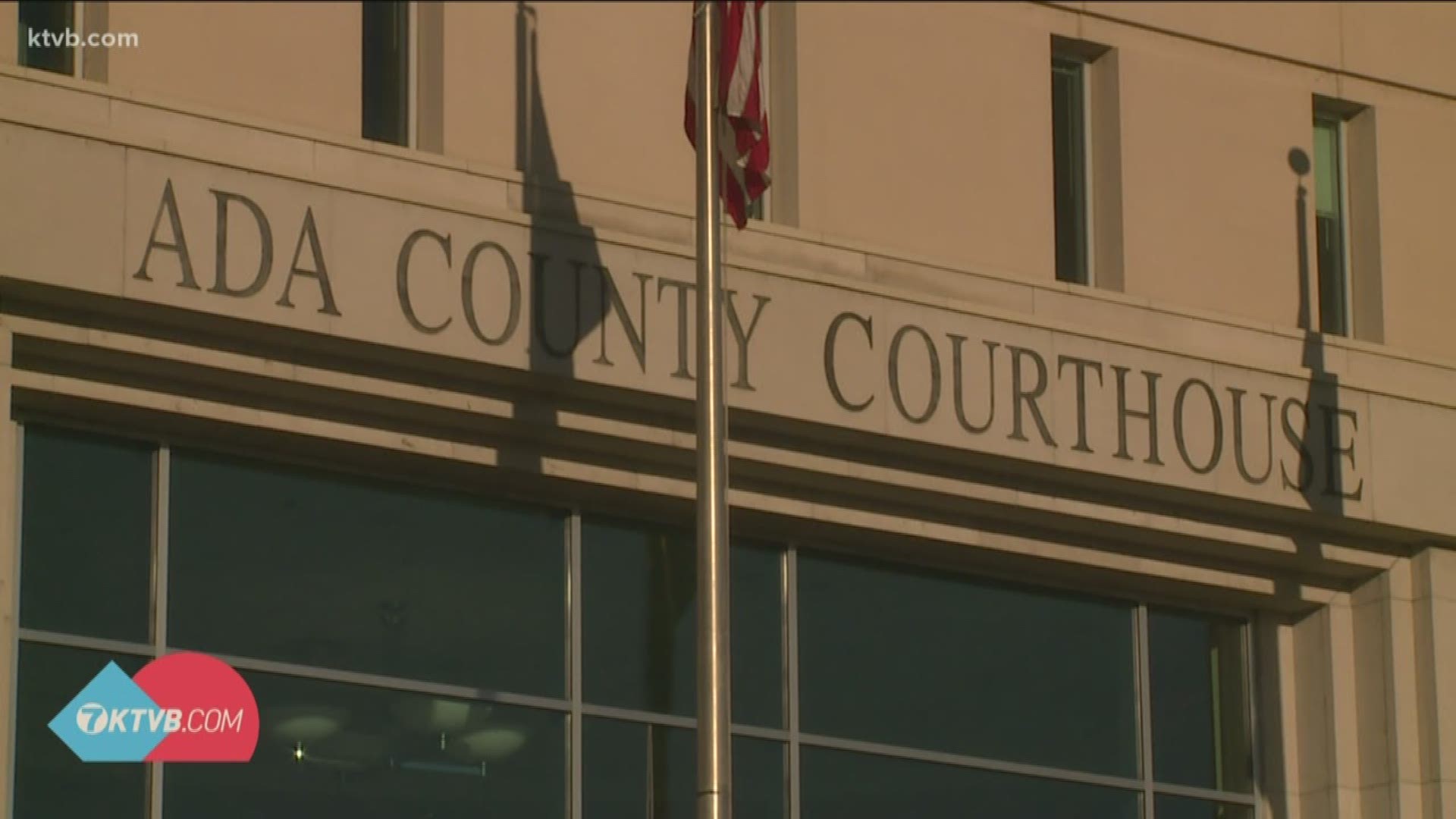 BOISE, Idaho — Nine eviction hearings were scheduled for Tuesday morning in Ada County — and the night before, two Idaho nonprofits filed emergency amicus briefs in all nine cases, seeking to halt the evictions under the provisions of the federal CARES Act.

The Idaho Press reports the ACLU of Idaho and Idaho Legal Aid Services filed the briefs, and will likely make similar filings in another 15 cases coming up on Thursday, attorney Howard Belodoff said.

“It’s just been crazy — we didn’t know even how they were going to do this,” Belodoff, with Idaho Legal Aid Services, said. “They’re not allowing anybody in the courthouse for hearings, so they called all the defendants if they had their number.”

“This Court should not proceed to default, try, or otherwise resolve any … case until those problems are addressed,” the briefs said. “It should certainly not issue any judgment or writ of restitution in these cases. The Court should alert defendants in these cases to free legal assistance available to ensure these proceedings are fair and constitutional.”

Judge Christopher Bieter, the judge presiding over eviction hearings on Tuesday, continued eight of the nine cases after the briefs were filed, Belodoff said. The ninth case was resolved between the parties themselves.

“So the cases have been continued to either later this week or next,” the Idaho Legal Aid attorney said. “That gives us some time to deal with the actual issues.”

An amicus brief is a document submitted to the court by a party not involved in a legal action. The purpose of the brief is to help educate the judge about the issues at play.

Tuesday's hearings were the first after the Idaho Supreme Court placed a moratorium on the proceedings, among many others, last month. That moratorium expired May 1.

The briefs filed Monday argue the summons the tenants received were inadequate because they did not explain how a person could appear in court for a hearing at a time when access to the courthouse is restricted — and that proved to be a problem, Belodoff told the Idaho Press Tuesday.

“People showed up at the parking lot at the courthouse and couldn’t get in, didn’t understand what they needed to do,” Belodoff said.

While court hearings are ongoing, they are taking place remotely unless otherwise ordered by a judge. On Tuesday, the county made a bank of computers at Expo Idaho available for use for remote hearings.

The documents also argue large numbers of the proceedings in question should be stayed by the federal government’s limited moratorium on evictions, which runs through Aug. 23.

That moratorium was included as part of the CARES Act, enacted on March 27. In the brief, attorneys argue the CARES Act is a “sweeping” piece of legislation, one that should halt proceedings in an array of cases.

According to the brief, the law applies to any property that participates in a “covered housing program” as defined by the Violence Against Women Act, participates in a rural housing voucher program through a specific piece of 1949 legislation, or has a federally backed mortgage or multifamily mortgage loan. That means if landlords got the loans or participated in the programs, the federal eviction moratorium would apply.

Covered housing programs under the Violence Against Women Act “include a whole panoply of federal subsidy and tax credit programs,” the attorneys noted.

They also argue properties with federally backed mortgage loans covered by the CARES Act include loans “assisted in any way, by any officer or agency of the federal government,” or by housing or urban development programs assisted by the United States Department of Housing and Urban Development.

Attorneys argue tenants will need time and resources to vet landlords’ assertions about whether a given property is covered by the CARES Act or not. Even if evidence is gathered and examined, “the Court may then be presented with novel and difficult legal issues in construing the Act’s meaning and application.”

“A tenant cannot test or challenge any claimed exemption from the CARES Act eviction moratorium if the tenant first learns about it at the hearing,” according to the brief.

Belodoff said Bieter told landlords’ attorneys they would have to explain why their property is not covered by the CARES Act — and thus, why the proceedings can move forward.

A number of states and cities around the nation have imposed moratoriums on evictions during the coronavirus pandemic, but Idaho is not among them. Gov. Brad Little has repeatedly advised landlords that he didn’t think evictions were a good “business practice” during the pandemic.

“There is free legal help available for most tenants across Idaho facing eviction,” Ritchie Eppink, legal director of the ACLU of Idaho, said in a news release Tuesday. He urged affected tenants to call the Idaho Legal Aid Services Housing Hotline, at 208-746-7541.

“Determining when the law applies can be a complicated question,” Eppink said. “Combined with closed courthouses, telephone and video court hearings, lack of fair notice, and economic crisis, it is inhumane and unconscionable to throw families out of their homes during this pandemic.”

More from our partners at the Idaho Press: Ada County rolls out Expo Idaho as hub for remote court hearings