Binge without the bills: Is streaming actually cheaper than cable?

More folks are thinking outside the cable box to save money. But is streaming really a cheaper option, or do the apps add up? We put cord cutting to the price check. 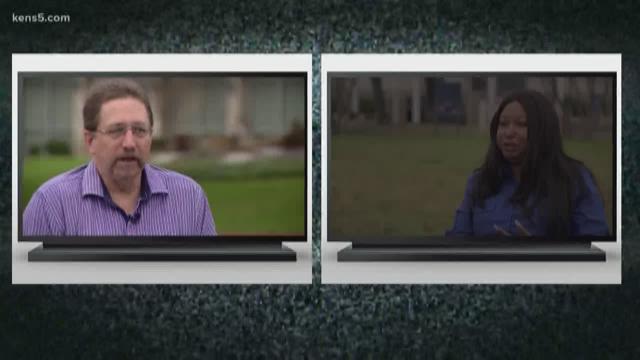 SAN ANTONIO — With what seems like an endless amount of streaming video options in the market, cable providers are seeing customers hand over their cable box because many of those options cost less money. Eyewitness News reporter Jeremy Baker took a look at some of those platforms to see if saying bye-bye to that box is really worth it.

Both James Madison and Mignon Tolbert have already cut the cord. Tolbert kicked her cable to the curb just recently.

"When we moved I decided to get Internet service and we still have smart TVs with apps like Netflix and those things," Tolbert said.

Madison did it three years ago.

"I've gone through the gambit: Time Warner, Spectrum, Dish network, DIRECTV," he said. "They are all outrageously priced."

Let's check out those prices. We looked for the most inexpensive plans where you don't have to drop too much dough.

U-verse offers several plans. The most inexpensive is U-Family TV, which costs $60 a month and offers over 180 channels including local ones. With $8 in fees the monthly total is $68. All plans require a contract, and when it ends prices go up.

Spectrum's most inexpensive plan is the Triple Play Select with over 125 channels, local ones included, for $45. With fees, the monthly total is $66.48. Again, contracts are required, and once they expire expect to pay more.

If you want to go non-contract, check out the fairly new streamer YouTubeTV, which offers one plan for $45 a month which offers 70 live channels, including local channels with unlimited recording space. You can even share with your family up to six accounts.

Tolbert spoke with us about her household and said, "We need a lot of bandwidth because they are gaming, and with me doing some work from home, my youngest doing some homework and some online research."

That's why streaming services are a no-brainer for her.

Let's hop on the net and check out a few streaming options. Hulu, which streams some movies and TV shows offers four levels of service. Basic costs $6 a month all the way up to the mainly ad-free premium plan including a live package with 84 channels including local channels for $45 a month.

Both Netflix and Amazon Prime stream some TV shows, movies and original content. Netflix costs $9 per month for the basic plan, or $16 each month with the premium plan where four family members can watch simultaneously.

In the end, Tolbert slashed her monthly bill in half, from $180 to $90. And Madison went from shelling out $250 a month to $80 each month. And neither household says cutting that cord was a bad idea.

"They are fine because they are watching their Netflix their Hulu and their Disney," Tolbert said.

"Don't consider it. Do it," Madison added. "It's a huge savings of money."

The figures used in this story are what is available online and as a cable or streaming service by itself. Many of the providers do offer those services in bundles where the price could be reduced further.