Renting a home or vacation spot? Be careful, BBB says

According to the BBB, 43% of people checking out rentals online found a fake listing, and 5 million consumers in the U.S. lost some kind of money to that scam.

BOISE, Idaho — The Better Business Bureau released a report Tuesday that found nearly half of all people looking for housing or vacation rentals online ran into a scam — and some of the problems occurred in the greater Boise area, the Idaho Press reports.

According to the BBB’s “Is that Rental Listing Real? A BBB Study of Rental Scams Involving Apartments, Houses and Vacation Properties,” 43% of people checking out rentals online found a fake listing, and 5 million consumers in the U.S. lost some kind of money to that scam. 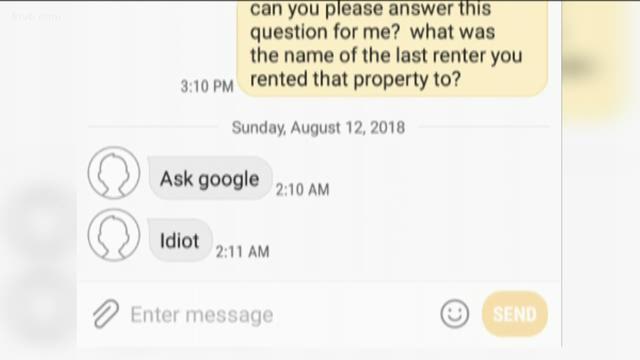 The BBB estimates that, in this year alone, people lost $37 million to these kinds of scams in this country. The median amount lost to scams was $400, while one in three victims lost more than $1,000, the BBB report said.

Rebecca Barr, a communications manager for the BBB Northwest, said she had heard some scams in the Treasure Valley were reported to the Boise Police Department, but numbers for the valley were uncertain.

“We don’t know how big the numbers are,” Barr said about the effects of scams in the Treasure Valley.

RELATED: How to protect yourself and your sensitive data from holiday scammers

Barr and the BBB said there were some things people could do to protect themselves from a terrible experience while trying to rent online.

“People feel like things are so crazy in the Treasure Valley, that they have to do things right away,” Barr said, but added taking time to check out a place beforehand can be invaluable in saving a lot of time and frustration.