Visitors to the resort are greeted by scaffolding, dirt, and equipment, but by this winter there will be retail shops, restaurants, and 129 fully furnished condos. 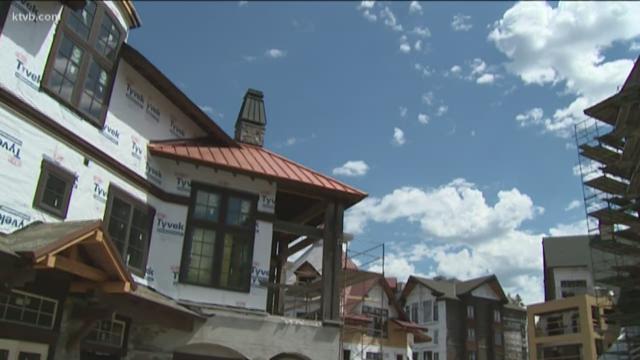 DONNELLY, Idaho — Tamarack Resort's Village Project has been in the works for over a decade now, but the president of the ski resort says construction on the massive project will be completed in time for the 2019 ski season.

About 90 people are trying to turn the unfinished Village from barren building and dirt into a ski resort that will compete with some of the best resorts from around the country.

Visitors to the resort are greeted by scaffolding, dirt, and equipment, but by this winter there will be retail shops, restaurants, and 129 fully furnished mountain-modern styled condos.

"You'll see the typical thing, which is the rental shop, a retail shop, someplace to eat, get coffee, store your ski equipment all the things you see at a normal resort will be here," Jon Reveal, the president of the resort, said.

MORE: Tamarack Resort's new owner talks about his vision for the future

Tamarack is planning on listing 56 of its phase one condos on the market this summer. The condos range from studios to two-bedroom penthouses.

"Over the next two years we'll actually be bringing all of our facilities out of temporary domes that we've had in operation now for almost 11 years," he said. "It will be the center and the heart of the resort when we get going this winter."

The project to breathe life in Tamarack first started in 2004, but the Great Recession in 2008 derailed the whole project, Reveals said. The goal of the project is to showcase Tamarack as a year-round resort and compete with the top-tier resorts around the country.

"The one thing we know, Tamarack is a wonderful ski mountain, but what other ski resorts don't have is a warm water alpine lake that is so big and it's got so many things that you can do on it from boating to fishing to sailing to swimming to just having fun, so we're really excited about not only having a mountain experience but a summertime experience," Reveal said.

Reveal, who is entering his 55th year in the ski business, told KTVB that they're still working on how much the condos will be listed for and that no retailers are committed to the project just yet, but they're accepting proposals.